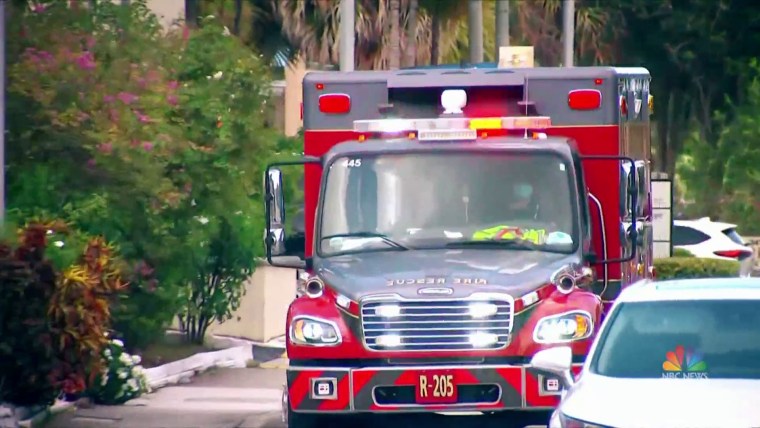 People infected with the delta variant of the coronavirus have double the risk of hospitalization compared with earlier versions of the virus, according to a large study from England published Friday in The Lancet Infectious Diseases.

The study confirms prior research that suggested the highly infectious variant could lead to greater risk of hospitalization, including research from Scotland published in June.

The U.S. Centers for Disease Control and Prevention classified delta as a “variant of concern” in June, telling NBC News in a statement at the time that the classification was “based on mounting evidence that the Delta variant spreads more easily and causes more severe cases when compared to other variants.”

The new study adds further evidence that the delta variant indeed poses a greater threat. Researchers at Public Health England sequenced the virus in more than 43,000 cases from late March to late May. At that point, the delta variant was beginning to gain a foothold in Britain, but had not yet taken over as the dominant variant.

The majority of people in the study — 80 percent — were infected with the alpha variant, which swept England in late 2020. Just 20 percent had confirmed delta variant infections. Less than 2 percent of people were fully vaccinated and nearly 75 percent were unvaccinated. The remaining individuals were partially vaccinated, having only received one dose of the two-dose series.

After adjusting for risk factors such as age and underlying conditions, the data showed that partially vaccinated or unvaccinated people who were infected with the delta variant were twice as likely to be hospitalized compared to earlier variants. They were also 1.5 times more likely to need emergency medical care.

The vast majority of those who ended up in the hospital were unvaccinated, but the study found that the risk of hospitalization from delta was slightly greater even among those who were fully vaccinated, though this was still a rare occurrence.

“Our analysis highlights that in the absence of vaccination, any delta outbreaks will impose a greater burden on health care than an alpha epidemic,” the study’s lead author, Anne Presanis, a biostatistician with the University of Cambridge, said in a news release.

Amber D’Souza, an epidemiologist at the Johns Hopkins Bloomberg School of Public Health, said researchers have understood for months that the delta variant is much more contagious than earlier versions of the virus, but it’s been unclear whether it makes people sicker.

“This research systematically linked data that showed that delta is not only more infectious, but can also lead to a worse outcome,” D’Souza told NBC News.

According to Rebecca Wurtz, an infectious disease expert at the University of Minnesota School of Public Health, it makes sense that the delta variant would land more people in the hospital than its predecessors, given what scientists already understand about the variant.

The delta variant produces more viral particles, which makes it more contagious than past versions of the coronavirus. But it also works more quickly, meaning it can gain a foothold in the body before the immune system has gotten a chance to respond.

“It still takes hours or days for the immune response to ramp up if you are vaccinated and become infected, and if the delta variant is in there, it gets in and out faster,” said Wurtz, explaining why vaccines can be less effective against infection with the delta variant than earlier variants. She added that safety measures such as physical distancing and mask wearing are important factors in stopping new versions of the coronavirus from continuing to spread and that vaccines are still hugely effective in preventing severe illness due to the delta variant.

The delta variant now accounts for nearly 99 percent of all new Covid-19 cases in the U.S. In the South, hospitalizations are at record highs, surpassing the winter surge of the virus, and patients are flooding hospitals at a record pace, particularly in states with lower vaccination rates.

D’Souza urged people to get vaccinated, adding that tried and true measures can help turn the tide of the pandemic. “We are in a better place than we were last year because we have an effective tool, the vaccine, and better therapies to treat people. We also know more about what behavioral prevention methods work,” she said. “We aren’t near the end yet, but we are making progress.”