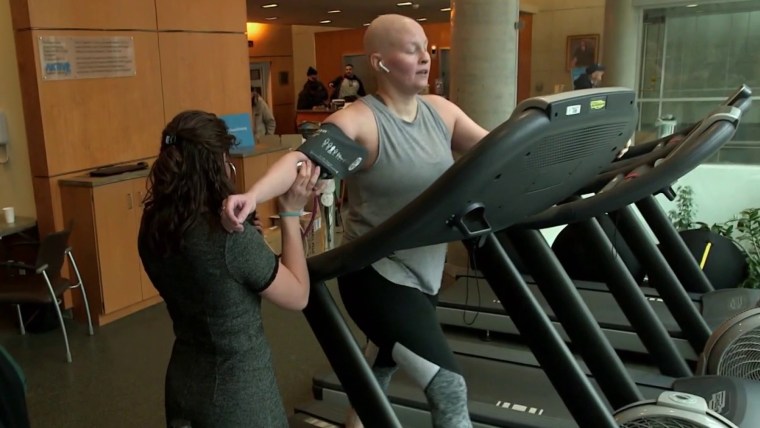 Many Americans start off each new year with resolutions to lose weight, and gym memberships typically rise in January. But by March, the resolutions often have been dropped. The pounds didn’t melt away as expected, and the gym shoes get kicked to the back of the closet.

While exercising may help people lose weight and maintain the weight loss, fitness experts say, people might overestimate how many calories they burn when they are working out, or they simply may not do enough to move the scale. That 30-minute cardio workout that left you sweaty and breathless may have felt like a grueling marathon, but it may have burned only 200 to 300 calories.

“That can be completely undone by consuming one donut in like, what, 60 seconds,” said Glenn Gaesser, a professor of exercise physiology at the College of Health Solutions at Arizona State University in Phoenix. “So we can undo with eating in a matter of minutes what it took us to burn that many calories over the course of many, many minutes, sometimes hours.”

Regular exercise offers many benefits beyond burning calories — so there are plenty of reasons to keep moving in the new year. “Research shows that exercise affects pretty much every cell in the body, not just our heart, not just our muscles, but it also affects all the other organs, as well,” Gaesser said. “Exercise is something that is vital for good health.”

Among the benefits listed by the Centers for Disease Control and Prevention are sharper thinking, less depression and anxiety, better sleep, help with weight management, stronger bones and muscles, and reduced risks of heart disease, stroke, diabetes and cancers of the breast, the colon and other organs.

Nina McCollum, 52, of Cleveland, said she began gaining weight after she had a baby at age 40. The weight gain accelerated more in the last few years, said McCollum, who mainly blamed menopause.

McCollum, who has been physically active throughout her life, didn’t find that exercise helped keep the extra pounds off. She now considers herself about 40 pounds overweight, but she’s as much of an exercise enthusiast as ever. She works out at home, doing calisthenics and weight training and running stairs. She also walks her dog, and on the weekends she goes for outdoor hikes.

“I don’t care anymore that I’m not like a stick figure,” she said. Instead, she is focused on staying fit, strong and flexible as she ages, keeping healthy and trying to ward off heart disease, which runs in her family.

Gaesser said research shows that people who are overweight but exercise regularly, like McCollum, still reap many health benefits. “We have found that exercise basically improves health outcomes largely independent of weight loss,” he said.

Physical activity works on multiple mechanisms within the body, and that’s how it could potentially help prevent chronic conditions and therefore also prevent early deaths.

He co-wrote an article published in iScience in October that reviewed multiple studies and compared weight loss to exercise for promoting longevity and improving people’s overall health.

“The major take-home message is that just being physically active and trying to improve your fitness seems to provide better prospects for longevity than just trying to lose weight,” he said.

Another study published last year also found that exercise promotes longevity — even walking significantly fewer than the often recommended 10,000 steps. Middle-age people who walked at least 7,000 steps a day on average were about 50 percent to 70 percent less likely to die of cancer, heart disease or other causes over the next decade than those who walked less, according to results in JAMA Open Network.

“Physical activity works on multiple mechanisms within the body, and that’s how it could potentially help prevent chronic conditions and therefore also prevent early deaths,” said the study’s author, Amanda Paluch, an assistant professor of kinesiology at the University of Massachusetts Amherst.

Dr. Robert Sallis has long viewed exercise as a critical part of a healthy lifestyle. As president of the American College of Sports Medicine from 2007 to 2008, he inspired the “Exercise is Medicine” campaign, which encourages physicians to talk to patients about their physical activity, even to “prescribe” it.

Sedentary people who get moving can start feeling better right away, said Sallis, a clinical professor of family medicine at the University of California, Riverside, School of Medicine and the director of the sports medicine fellowship at Kaiser Permanente in Fontana.

“The first thing is mental health. That is almost the first thing people notice — I feel better, I have more energy, I sleep better,” he said. “But then you could just go down the list of chronic diseases. I couldn’t tell you a disease that isn’t helped by it, from diabetes to heart disease to blood pressure to cholesterol to cancer, on and on.”

Sallis encourages patients who don’t exercise to start small and try to work up to the federal guidelines.

“The curve is very steep in terms of the benefits,” he said. “Doing just a little bit gives tremendous benefits. So I try to focus on those smaller pieces instead of feeling like you have to join a gym and you have to do all this. Just go out and walk.”

He also encourages patients to keep going even if they aren’t losing weight. Too often, there is “this singular focus on their weight and thinking that, you know, if I don’t lose weight, the exercise was not helpful to me, and a lot of them use that as a reason to stop,” he said. “But the weight has so little to do with the benefits. If you can get patients who are overweight to be active, they get the same health benefits.”

And being thin doesn’t mean you don’t need to exercise.

“In fact, if you’re at a normal weight and you aren’t physically active, you’re putting yourself at risk for a lot of conditions,” Sallis said.