Covid rapid tests are cheap or free in other countries. Why do Americans pay so much?

Home LIFESTYLE HEALTH & FITNESS Covid rapid tests are cheap or free in other countries. Why do Americans pay so much? 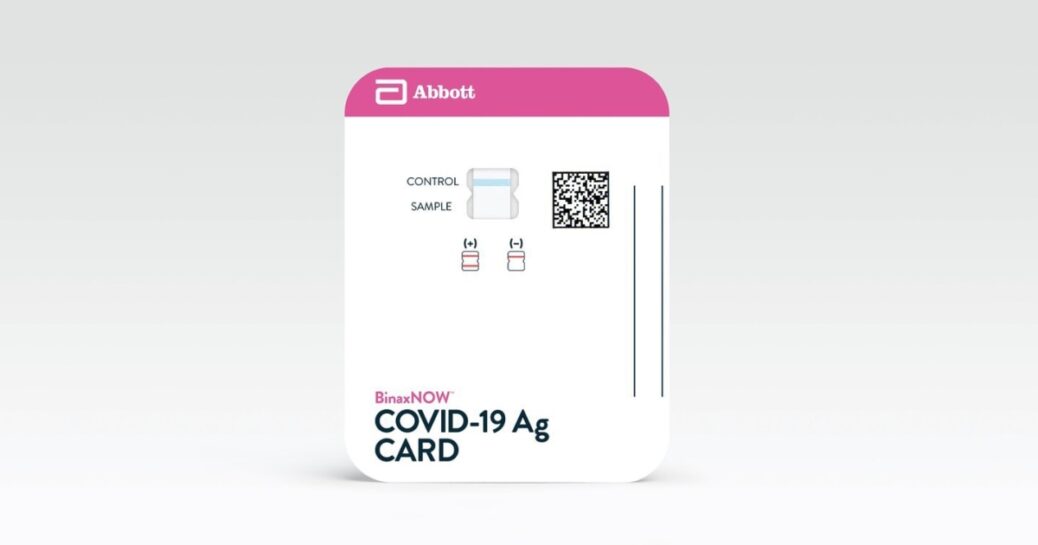 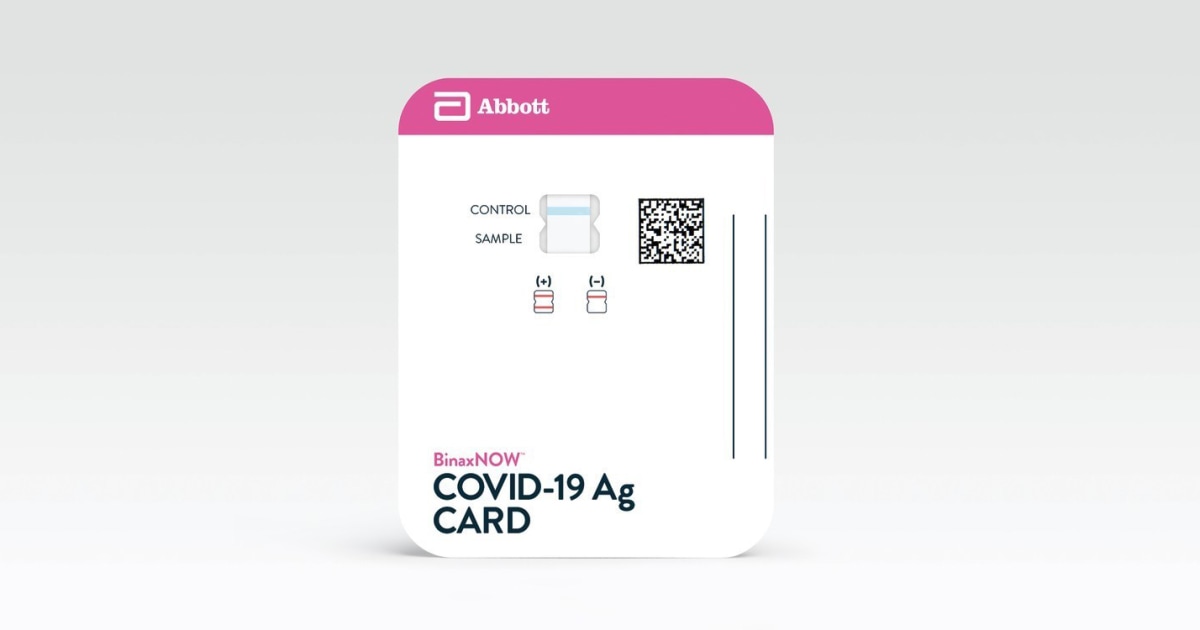 Rapid at-home Covid-19 tests are flying off store shelves across the country and are largely sold out online as the delta variant of the coronavirus complicates a return to school, work and travel routines.

But at $10 or $15 a test, the price is still far too high for regular use by anyone but the wealthy. A family with two school-age children might need to spend $500 or more a month to try to keep its members — and others — safe.

For Americans looking for swift answers, the cheapest over-the-counter Covid test is the Abbott Laboratories BinaxNOW two-pack, for $23.99. Close behind are Quidel’s QuickVue tests, at $15 a pop. Yet supplies are dwindling. After a surge in demand, CVS is limiting the number of tests people can buy, and Amazon and Walgreen’s websites were sold out Friday afternoon.

President Joe Biden said Thursday that he would invoke the Defense Production Act to make 280 million rapid tests available. The administration struck a deal with Walmart, Amazon and Kroger to sell tests for “up to 35 percent less” than current retail prices for three months. For those on Medicaid, the at-home tests will be fully covered, Biden said.

An increased supply should help lower prices. As schools open and much of the country languishes without pandemic-related restrictions, epidemiologists say widespread rapid-test screening — along with vaccination and mask-wearing — is critical to controlling the delta variant’s spread. Yet shortages, little competition and sticky high prices mean routine rapid testing remains out of reach for most people in the U.S., even if prices drop by 35 percent.

Consumers elsewhere have much cheaper — or free — options. In Germany, grocery stores sell rapid tests for under $1 apiece. In India, they’re about $3.50. The U.K. provides 14 tests per person free of charge. Canada is doling out free rapid tests to businesses.

Michael Mina, an assistant professor of epidemiology at Harvard University, lauded Biden’s announcement on Twitter while saying he “had some reservations” about its scale, and he noted that 280 million tests represent “less than one test per person over the course of a year.”

Rep. Kim Schrier, D-Wash., for months has advocated for rapid testing at a lower cost. “In an ideal world, a test would either be free or cost less than a dollar so that people could take one a few times a week to every day,” she said before Biden’s announcement.

Biden’s initiative “is a great start” for broader rapid testing, Schrier said Friday. “But there is a lot more to be done and that must be done quickly to use this really important tool to combat this virus.”

A nationwide survey released in February by Hart Research and the Harvard T.H. Chan School of Public Health found that 79 percent of adults would regularly test themselves at home if rapid tests cost a dollar. But only a third would do so if the cost were $25.

Billions of taxpayers’ dollars have been invested in the products. Abbott Laboratories, for instance, cashed in on hundreds of millions of dollars in federal contracts and gave its shareholders fat payouts last year, increasing its quarterly dividend by 25 percent. Even so, according to a New York Times investigation, as demand for rapid tests cratered in early summer, Abbott destroyed its supplies and laid off workers who had been making them.

More than a year ago, Abbott said it would sell BinaxNOW in bulk for $5 a test to health care providers, but that option isn’t available over the counter to the public. Even with the anticipated price decrease, a two-pack will be more than $15. Abbott didn’t comment further.

Schrier said in the spring that test prices were high because “big companies are buying up all the supplies.” In addition, “their profit is far higher making 1,000 $30 tests than 30,000 $1 tests” — in other words, they can make the same amount of money for many fewer tests.

In March, the Biden administration allocated $10 billion as part of the American Rescue Plan Act to test for Covid-19 in schools, leaving the rollout largely to states. That followed that $760 million the Trump administration spent to buy 150 million of Abbott’s rapid-response antigen tests, many of which went to schools. The rollout has been mixed, with states like Missouri mired in logistical challenges.

Schrier wrote a letter late last month asking four federal agencies to update their distribution plans. She also urged the government to increase spending on rapid testing, saying “time is of the essence” as children return to school.

Antigen tests can give real-time information to people exposed to the virus, said Dr. Dara Kass, an associate professor of emergency medicine at Columbia University Medical Center. Waiting for lab results from polymerase chain reaction, or PCR, tests can take days, and appointments in many states — particularly in the hard-hit South — are filling up days in advance. At-home collection kits for PCR tests can cost over $100.

Rapid tests take under 15 minutes to detect Covid-19 by pinpointing proteins called antigens. The tests are similar to pregnancy tests, displaying one or two lines, depending on the results.

The Centers for Disease Control and Prevention recommends that fully vaccinated people exposed to the virus wear masks indoors for two weeks and get tested three to five days after exposure. The unvaccinated should quarantine for 14 days. But that leaves a gray area for vaccinated people hoping to attend classes or go about their lives, Kass said.

“Rapid tests give information that allows somebody to engage in society safely,” she said. People can follow up with PCR tests, which are more sensitive, to confirm diagnoses.

In Massachusetts, for example, a “Test and Stay” strategy allows students exposed to the virus to remain in school: Students take BinaxNOW tests five days in a row after close contact with infected people.

We can’t even get people to floss, so the idea that people are now going to start rapid testing as their standard operating procedure is a flawed assumption.

More than 30 antigen tests have been developed in the U.S. — but just six companies have authorization from the Food and Drug Administration for over-the-counter use. No rapid tests have full FDA approval. Two rapid molecular options, made by Lucira Health and Cue Health, also have emergency use authorization.

“Unfortunately, many submissions are incomplete or contain insufficient information for FDA to determine that they meet the statutory criteria,” FDA spokesperson James McKinney said.

The agency has taken a stricter stance than its European counterparts. In June, the FDA warned people to stop using Innova Medical Group’s rapid antigen test, saying the agency had “significant concerns that the performance of the test has not been adequately established.” Yet in the U.K., which has contracts worth billions with the California company, the regulatory agency OK’d the product.

In Germany, regulators have given special authorization to dozens of antigen tests.

“As long as these tests are regulated as medical devices, the FDA has to regulate them not as critical public health tools, but as medical tools, with all of the onerous clinical trials that slow everything down 100-fold,” Mina said on Twitter.

Companies can’t keep up with demand

With only a handful of rapid tests on the market, it is harder for companies that haven’t yet gotten FDA authorization to catch up and, in turn, drive the prices down, said Michael Greeley, a co-founder and general partner at Flare Capital Partners, a venture capital firm focused on health care technology. “If we’re talking about people testing their kids every day going to school,” he said, “for many families, the current costs are a real burden.”

Broad adoption of rapid testing seems premature, he said, even with a mass purchase of tests by the U.S. government: “We can’t even get people to floss, so the idea that people are now going to start rapid testing as their standard operating procedure is a flawed assumption.”

Regardless, companies can’t keep up with demand.

Ellume said use of its tests spiked by 900 percent over the past month. Its at-home rapid test costs up to $38.99. On Walmart’s website, it was listed for $26.10 Friday, but it was out of stock.

The Australian manufacturer got $232 million from the Defense Department in February to scale up production after the FDA authorized its at-home use late last year. But the federal Health Care Enhancement Act, which furnished the funding, doesn’t restrict pricing. Ellume said it will begin production at a plant in Frederick, Maryland, this fall. For now, it is shipping tests from Australia.

The company said that it is still losing money as it ramps up production but that it hopes to return to selling directly on its website and Amazon this year.