Covid crisis reaches Nepal with a surge in cases and hospitalizations 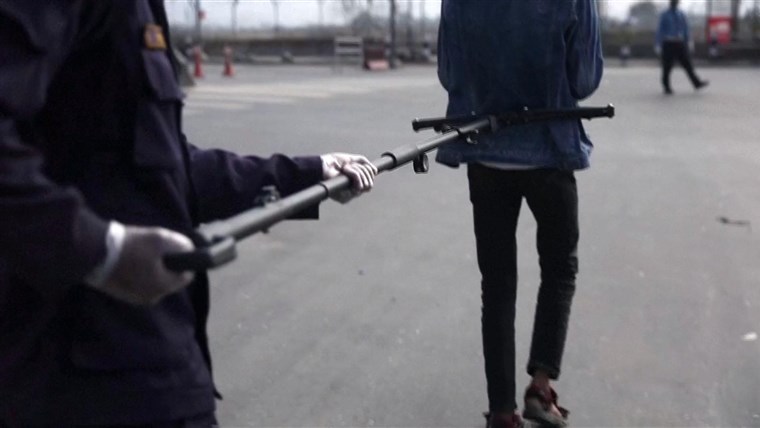 Cases have been exploding in the country over the last few weeks. On Friday, the World Health Organization’s director-general, Dr. Tedros Adhanom Ghebreyesus, expressed worry about the unfolding crisis.

“India remains hugely concerning,” he said at a news briefing. “But it’s not only India that has emergency needs. Nepal, Sri Lanka, Vietnam, Cambodia, Thailand and Egypt are just some of the countries that are dealing with spikes in cases and hospitalizations.”

Humanitarian aid groups say this is just the tip of the iceberg for Nepal, the landlocked Himalayan nation of more than 28 million known for its serene landscapes, colorful culture and Mount Everest.

“We are in the initial phase,” said Sushila Pandit, a Nepalese aid worker with Mercy Corps, an international nongovernmental aid group. “I think the condition will be more critical in the the coming days.”

The positivity rate is now at 45 percent, with nearly 9,000 new cases daily, an increase of about 3,000 percent from last month, according to Our World in Data, a research group. Deaths are rising sharply, too. In April, five deaths were reported per day. The most recent seven-day average had risen to 174 deaths per day.

Last week, the Centers for Disease Control and Prevention warned that all travelers should avoid Nepal and a lockdown was extended in the Kathmandu valley until May 27.

Many in the country are blaming the skyrocketing cases on a surge of Nepalese workers returning to the country from India, after lockdowns there left them with no work or income.

Getman said Nepal is expecting as many as 400,000 seasonal workers to return from India over the next few weeks. But Nepal doesn’t have enough Covid-19 test kits to screen everyone crossing into the country. In fact, at one of the busiest border points in Kailali, there are only enough kits to test 250 people each day. So just those who have symptoms are getting tested.

Adding to the concern is a new variant, B.1.617, now dominant in India and believed to be more transmissible and possibly resistant to some treatments.

“These new variants have come very quickly,” Getman said. “What’s particularly surprising and unexpected is how much more virulent they are and how much more sick people are getting.”

The surging cases are overloading an already fragile health care system that doesn’t have enough ventilators, oxygen or even doctors to take care of the sick. In Nepal, there are just eight doctors for every 10,000 people. The United States has more than three times that number, according to the WHO.

“Health care centers are at max capacity and so people are unable to find a hospital bed,” Getman said. “Even my own staff at Mercy Corps, when we have had sick staff, they’ve been unable to get a doctor on the telephone.”

It’s something Niko Ruwe, an American living in Nepal, has watched unfold around her.

“They’re very overburdened,” Ruwe said. “There’s no ventilators. There aren’t enough masks or protective wear for nurses and there certainly are not enough doctors and nurses here to deal with this.”

Enchanted with the culture and beauty of the country, Ruwe said doesn’t want to leave, even though she’s unvaccinated, like most of the country, which was forced to halt its vaccination program because it ran out of shots. It’s unclear when they’ll be able to get anymore. Just 1 percent of the country had has had two doses. About 7 percent have had one, according to the Johns Hopkins Coronavirus Resource Center.

The once bustling streets of the nation’s capitol, Kathmandu, remain quiet. The city and much of the rest of the country are under lockdown, as the country works to get the virus under control. But now many are left wondering whether these measures are too little, too late.

“The projection modeling rates show us as potentially having a more severe impact than India,” Getman said. “Our health infrastructure is nowhere near as strong as India. Nepal doesn’t have to turn into India if we act quickly.”

Lauren Dunn is a producer with the NBC News medical unit in New York.