Will the Covid vaccine be safe? What the scientists want to see

Home LIFESTYLE HEALTH & FITNESS Will the Covid vaccine be safe? What the scientists want to see 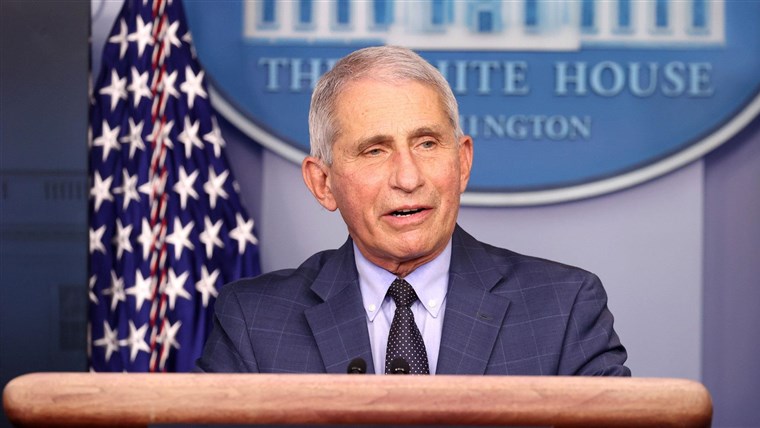 The first experimental coronavirus vaccines could be available by the end of the year, and while that’s welcome news for public health officials, surveys have shown that people’s trust in a Covid-19 vaccine remains on shaky ground.

A Gallup poll in November found that 58 percent of Americans say they would get a Covid-19 vaccine, up from a low of 50 percent in September. But there are still worries that the speed of developing and testing the vaccines may have compromised their scientific integrity.

In a White House Task Force briefing Thursday, Dr. Anthony Fauci tried to settle concerns about the safety of the first two vaccines for which early Phase 3 clinical trial results have been reported.

“The process of the speed did not compromise at all safety nor did it compromise scientific integrity,” Fauci, director of the National Institute of Allergy and Infectious Diseases, said. “It was a reflection of the extraordinary scientific advances in these types of vaccines which allow us to do things in months that took us years before.”

Fauci is confident of the process, but what are scientists paying attention to when it comes to vaccine safety?

Clinical trials are typically made up of three main phases, but not all vaccine trials are designed the same way. In general, larger trials are ideal, with participants across age groups and ethnicities, because they will provide researchers with more data about how a potential vaccine performs in different populations. Large trials are also more likely to pick up on any serious safety issues, according to Daniel Salmon, director of the Institute for Vaccine Safety at the Johns Hopkins Bloomberg School of Public Health.

“The issue you want to think about is size, because it tells you how rare of an event you can detect,” said Salmon, who served as director of vaccine safety in the Department of Health and Human Services’ National Vaccine Program Office during the 2009 H1N1 swine flu pandemic.

The vaccine candidates in late-stage clinical trials in the United States — including the vaccines developed by Pfizer and Moderna — are considered very large because they include an average of 30,000 volunteers each. Both companies also recruited a diverse group of participants and included people of different ages and medical backgrounds. Moderna’s trial, for instance, enrolled 5,000 people with high-risk chronic diseases.

How well it protects

Pfizer and its German partner, BioNTech, released additional data Wednesday following the completion of their Phase 3 trial. The companies announced that their vaccine was 95 percent effective at preventing symptomatic Covid-19, an improvement over the 90 percent efficacy that Pfizer reported in a preliminary analysis a week earlier.

Moderna said Monday that early results of its Phase 3 trial show that the company’s experimental vaccine is 94.5 percent effective at reducing infection.

Experts say these results are encouraging, but more data is needed to know what they mean.

Should we withhold the vaccine from the population for two years because we want perfect data?

Food and Drug Administration Commissioner Dr. Stephen Hahn said the promising results so far offer hope that these vaccines could be “the equivalent of a medical home run,” but added that the agency will need to carefully assess the raw data from the trials.

The FDA requires that vaccine developers submit two months of follow-up safety data as part of the application for emergency use. This is a critical step to ensure that drugmakers can monitor trial participants for any serious safety issues after vaccination.

Typically, most side effects from vaccines appear within 60 days of receiving the shot, according to Dr. Grace Lee, a professor of pediatrics at the Stanford University School of Medicine. But it’s possible for rare issues to crop up later, which means the FDA will need to weigh the potential benefits over the known risks before granting emergency use authorization.

“We’re going to have to accept that there are going to be risks — nothing we do in this world is risk-free,” said Lee, who is a member of the Advisory Committee on Immunization Practices for the Centers for Disease Control and Prevention. If emergency use authorization is granted for a coronavirus vaccine, the advisory committee will subsequently make recommendations about who should receive the shots first.

Still, there will likely be added scrutiny because both the Pfizer vaccine and the Moderna vaccine were developed with new technology that uses messenger RNA, or mRNA. As such, it’s not yet known if there could be side effects unique to mRNA vaccines, though neither Pfizer nor Moderna has reported any serious safety issues in their trials so far.

“We don’t have vaccines that have used these technologies before,” Salmon said. “When we use new technologies, we want to be more careful.”

One area that will be particularly important will be identifying real safety issues versus health effects that occur but are not related to the vaccine, according to Salmon.

“If you vaccinate a lot of people, there are a lot of bad things that will happen to those people that happen by chance alone,” he said. “This is especially likely with a mass vaccination program where you vaccinate a lot of people quickly. If we vaccinate 10 million people over the age of 65, some of them are going to have heart attacks and strokes on the same day they are vaccinated. These are just chance associations, but vaccine programs are prone to be undermined by them.”

There is a system in place to review vaccine data before it is granted approval and made available to the public. An application for emergency use authorization will be reviewed by an independent group of advisers to the FDA known as the Vaccines and Related Biological Products Advisory Committee. Members of this committee include physicians, scientists, infectious disease specialists and a consumer representative, but the group is not employed by the FDA or associated with any of the vaccine developers.

People hear ‘warp speed’ and it gives the perception that shortcuts are being taken that can impact safety.

After the committee makes its recommendations, the FDA will decide whether to grant authorization for emergency use. Then, the Advisory Committee on Immunization Practices will craft guidance for the CDC about how to prioritize who gets the vaccine first.

The advisory committees to the FDA and the CDC do not have the authority to make decisions, but the agencies typically follow the recommendations from both groups, Salmon said.

And the committees will continue to evaluate safety data over time, according to Lee.

“The decision does not end at the time of recommendation,” she said. “We’re always incorporating new data as it emerges, so it can change.”

Transparency in the approval process

The public will be able to view trial data and observe discussions as the Vaccines and Related Biological Products Advisory Committee conducts its review in early December.

Salmon added that this type of transparency will be a crucial way to bolster public trust and combat misinformation. This is particularly important because the pandemic has become heavily politicized, and the government’s initiative to pour resources into vaccine development efforts — a project known as Operation Warp Speed — may have sowed doubt about the safety of a potential coronavirus vaccine.

“I think the name has caused a lot of concerns,” Salmon said. “People hear ‘warp speed’ and it gives the perception that shortcuts are being taken that can impact safety. But if you look at the process so far, that’s not the case.”