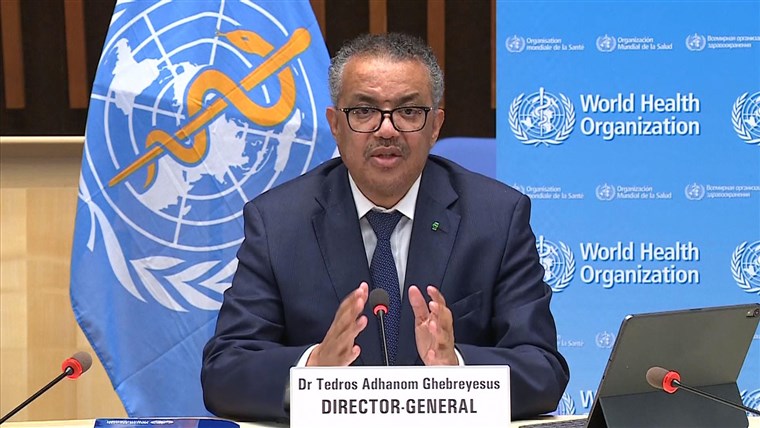 Dozens of scientists from around the world warned against a “herd immunity” approach to curbing the spread of Covid-19 in a letter published Wednesday in the medical journal The Lancet.

Herd immunity, which occurs when enough people become immune to a contagious disease to make further spread unlikely, is a “dangerous fallacy unsupported by the scientific evidence,” the scientists wrote.

The letter, signed by 80 researchers from the fields of public health, epidemiology, virology, infectious diseases and others, said relying on immunity among people who have recovered from Covid-19 is a flawed strategy.

“There is no evidence for lasting protective immunity to SARS-CoV-2 following natural infection,” they wrote, adding that “the consequence of waning immunity would present a risk to vulnerable populations for the indefinite future.” SARS-CoV-2 is the virus that causes Covid-19.

Senior White House officials briefed reporters two days ago on a call in which one official highlighted an online movement called the “Great Barrington Declaration,” which favors herd immunity.

Those in support of the declaration appear to favor reopening the country over lockdowns. The declaration, according to one administration official, means that dealing “with this pandemic is something that centers on aggressive protection of the vulnerable, opening all schools, opening businesses and society, and ending the prolonged lockdowns.”

But while Wednesday’s letter published in The Lancet acknowledges that “ongoing restrictions have understandably led to widespread demoralization and diminishing trust among the public,” such restrictions may be necessary, at least in the short term.

“The purpose of these restrictions is to effectively suppress SARS-CoV-2 infections to low levels that allow rapid detection of localized outbreaks and rapid response through efficient and comprehensive find, test, trace, isolate, and support systems so life can return to near-normal without the need for generalized restrictions,” the authors wrote.

Those trained in infectious diseases say at least 60 percent of a population needs to have been exposed to a virus to reach herd immunity. Indications so far are that just 10 percent of the world’s population has been infected with the coronavirus.

“Never in the history of public health has herd immunity been used as a strategy for responding to an outbreak, let alone a pandemic,” Tedros said during a news briefing.

Tedros said scientists do not yet fully understand how strong Covid-19 immunity is or how long it lasts after an infection. He also cited rare reports of Covid-19 reinfections.

Last month, Sen. Rand Paul, R-Ky., and Dr. Anthony Fauci, the government’s top infectious disease specialist, sparred over the issue of herd immunity during a hearing of the Senate Committee on Health, Education, Labor and Pensions.

Paul suggested that people have “pre-existing, cross-reactive immunity to coronavirus,” meaning that because most of us have been exposed to other coronaviruses, such as those that cause the common cold, our immune systems may already be trained to recognize SARS-CoV-2.

While some research backs the theory, other research finds no evidence of pre-existing immunity from other coronaviruses.

Indeed, if humans had even a low level of immunity to SARS-CoV-2, the pandemic might not exist. As of Wednesday, more than 38 million cases of Covid-19 had been reported worldwide. More than 1 million people have died, including more than 217,000 in the U.S.

Some sections of the country are experience additional surges of the virus. “The arrival of a second wave and the realization of the challenges ahead has led to renewed interest in a so-called herd immunity approach, which suggests allowing a large uncontrolled outbreak in the low-risk population while protecting the vulnerable,” the authors of the letters wrote in The Lancet.

“The evidence is very clear: controlling community spread of Covid-19 is the best way to protect our societies and economies until safe and effective vaccines and therapeutics arrive within the coming months,” the authors wrote.

“It is essential that we act urgently based on the evidence.”