Type of fat, not how much, linked to stroke risk, study finds

Home LIFESTYLE HEALTH & FITNESS Type of fat, not how much, linked to stroke risk, study finds 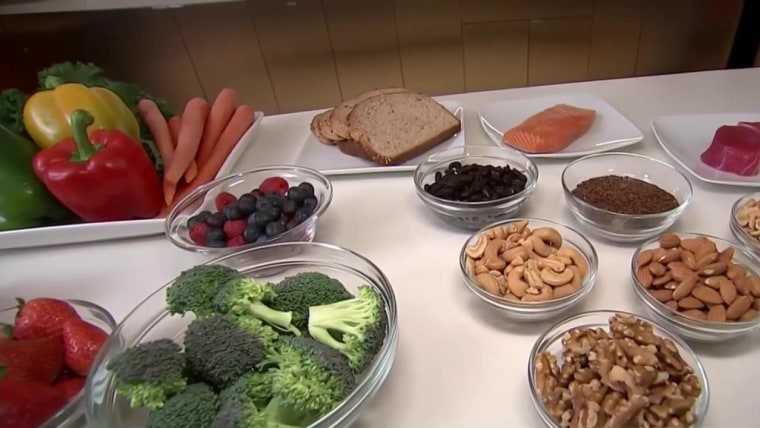 Fat in the diet has long been linked to stroke risk, but new research presented Monday suggests that it’s the type of fat, not the amount, that may be the more important factor.

Stroke is the fifth leading cause of death in the United States, and nutritionists have long worked to understand how a person’s diet plays a role.

“If everyone could make small modifications such as reducing red and processed meat intake, the implication for public health will be huge,” said study leader Fenglei Wang, a postdoctoral research fellow at the Harvard T.H. Chan School of Public Health. Wang’s findings were presented Monday at the American Heart Association Scientific Sessions 2021, and have not yet been published in a peer-reviewed journal.

The results come from 27 years of data from more than 117,000 health care professionals. The data was pulled from two of the largest and longest-running nutritional studies in the U.S. — the Nurses’ Health Study and the Health Professionals Follow-up Study. In those studies, participants regularly completed questionnaires about their diets and provided researchers with medical records. (One of the limitations of the study is that the participants in the two long-running studies are predominantly white health professionals.)

The study found that a higher intake of vegetable fats was linked to a lower risk of ischemic stroke, with those who ate the most vegetable and polyunsaturated fats (such as olive oil) 12 percent less likely to have an ischemic stroke compared with those who ate the least of such vegetable fats. Eating less animal fats also appeared to have a positive impact on the risk for types of stroke. Participants who ate the highest amounts of animal fat — which included fat from red and processed meat but excluded dairy fat — were 16 percent more likely to have a stroke than those who ate the least amount of animal fat. Fat from dairy, on the other hand, was not associated with stroke risk.

“This study fits with the prior nutritional science that shows that we should be eating primarily a plant-based diet,” said Dr. Michael Miedema, director of cardiovascular prevention at the Minneapolis Heart Institute, who was not involved with the new research. “The average American diet relies on animal-based proteins and the sooner we can shift that to more plant-based, the better off we’ll be.”

But how healthy someone’s diet becomes “usually depends on what you’re replacing meat with,” he said.

Tracy Severson, a registered dietitian at the Oregon Health & Science University Knight Cardiovascular Institute, emphasized the importance of choosing whole foods as sources of vegetarian protein, such as lentils and beans, rather than processed options like plant-based meats, which commonly contain a lot of salt, sugar and saturated fats.

She said the findings don’t mean that everyone needs to completely ditch meat in their diets.

“I don’t think anyone needs to look at this and become vegan if that’s not what they want to do, but swapping even one meal of red meat a week and replacing it with an unprocessed vegetarian option is going to be good for cardiovascular health,” she said.

Past research has reached mixed conclusions about the effect tropical vegetable oils such as palm oil and coconut oil have on cardiovascular health. The study authors recommended swapping animal fats  such as lard or tallow for nontropical vegetable oils including olive oil, corn oil or soybean oil. Oils labeled as refined are considered processed.

“Patients are frequently asking about ingredients or nutrients and looking for a certain amount, and my response is always that the vast majority of groceries you purchase shouldn’t have an ingredient list,” Miedema said. “If you’re buying fruits and vegetables and olive oil and fish, you’re probably doing well. If you’re eating packaged food or going through the drive-thru, you’re probably in trouble.”

He added that diet isn’t the only factor in stroke risk; whether or not a person smokes, has diabetes, is obese and the level of exercise also all play a role.

“But diet and exercise influence the other risk factors as well, including obesity, Type 2 diabetes and cholesterol. Lifestyle behaviors are always the foundation of cardiovascular prevention,” he said.

Because the study was observational, the researchers can’t conclude cause and effect. Observational studies also come with the limitation that another variable, such as eating too much salt, could be the real culprit, rather than the nutrient being measured, in this case, fat. In other words, it’s possible that people who ate a lot of red meat also consumed too much salt, and the salt drove the stroke risk.

Despite the limitations, both Miedema and Severson said the findings are reliable and echo what nutritional research has previously found — that diet has an  outsize impact on a person’s risk for disease.

“There’s no need for perfection but there is so much power in improving our health with our food choices. We can prevent the bulk of illnesses like stroke by changing what we’re eating,” Severson said. “Even if you’re genetically predisposed to cardiovascular disease like stroke, having a healthy diet can bring your risk down to the same risk as someone who doesn’t have a genetic risk factor.”