A Covid-19 vaccine is on track to roll out in December. Here’s how that will work.

Home LIFESTYLE HEALTH & FITNESS A Covid-19 vaccine is on track to roll out in December. Here’s how that will work. 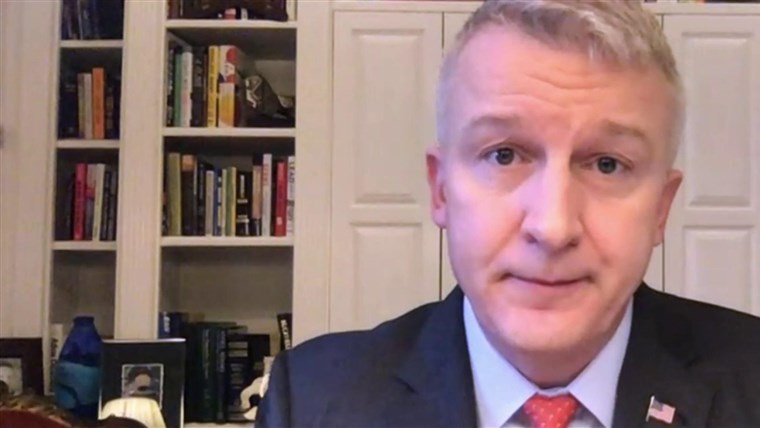 Following the release of more data from its Covid-19 vaccine Phase 3 clinical trial, the drugmaker Pfizer said Wednesday that it expects to submit an application for what’s called emergency use authorization to the Food and Drug Administration “within days.”

Another drugmaker, Moderna, has also said it aims to submit an application in the coming weeks. Both companies have announced preliminary results from their vaccine trials showing extremely high levels of efficacy.

Submitting emergency use authorization, or EUA, applications moves a potential coronavirus vaccine one step closer to patients, and experts say it’s possible for Americans to start receiving shots by the end of December.

Generally, the path of a vaccine from its beginnings in a laboratory to a person’s arm takes years to navigate. The speed with which manufacturers and regulators have moved this year is unprecedented.

“We are covering new territory. This has never been done before,” Norman Baylor, president and chief executive of Biologics Consulting and former director of the Food and Drug Administration’s Office of Vaccine Research and Review, said during a call Wednesday with reporters.

But shots won’t be available right when the EUA application is submitted to the FDA, nor immediately after it is granted. Rather, following submission, drugmakers and federal health regulators must complete a series of actions before a vaccine is finally released to the public.

First, the EUA application will be reviewed by a group of advisors to the FDA called the Vaccines and Related Biological Products Advisory Committee, or VRBPAC. This group is scheduled to meet on Dec. 8, 9 and 10, sources told CNBC, and will likely review Pfizer’s application.

VRBPAC members are not employed by the FDA. They are independent experts, including scientists, physicians, infectious diseases experts and a consumer representative.

It is possible the group will require any number of follow-up questions: What should happen with study participants who received the placebo? Should they now be offered the actual vaccine? Are children and pregnant women also protected? Might there be significant safety or manufacturing issues, given both the Moderna and Pfizer vaccines were developed using new technology called messenger-RNA, or mRNA?

If that group ultimately votes in favor of a vaccine, the FDA will consider whether to accept the advisory committee’s recommendations and issue an EUA.

Next, an advisory committee to the Centers for Disease Control and Prevention must make recommendations on which groups should be first in line to receive the vaccine. That group, called the Advisory Committee on Immunization Practices, or ACIP, has scheduled a preliminary meeting on potential Covid-19 vaccines this Monday, Nov. 23, though it does not plan on holding any votes then.

Similar to the FDA considering the VRBPAC’s decision, the CDC will consider ACIP’s recommendations. It’s this step that’s needed before people can get the vaccine.

Health officials expect that the first to receive any vaccine will be doctors and nurses on the front lines of treating patients, followed by the elderly and people with health problems that put them at greater risk for Covid-19 complications. It is thought that the general public will not be able to receive a vaccine until the spring or summer of 2021.

Dr. Paul Offit, a vaccine researcher at the Children’s Hospital of Philadelphia, is a member of the VRBPAC.

On a call with reporters Wednesday, he recalled that other vaccine applications, such as the one for a rotavirus vaccine that he helped develop, took months to get through the entire process. Those, however, were full approval applications, rather than EUAs, which are meant to move much faster.

“This is going to happen in rapid succession, I suspect,” Offit said, though he has not yet seen the full set of data from vaccine manufacturers.

Offit suggested the process could go quickly — from the FDA committee to the CDC committee within a 48-hour span.

“If I had to make a guess, I think this all happens in the first few weeks of December,” Offit said.

Baylor, however, offered a measure of restraint. For example, a VRBPAC vote of 50-50 for and against could delay any vaccine rollout.

“We need to be careful,” he said, “because there there are some things we cannot predict.”