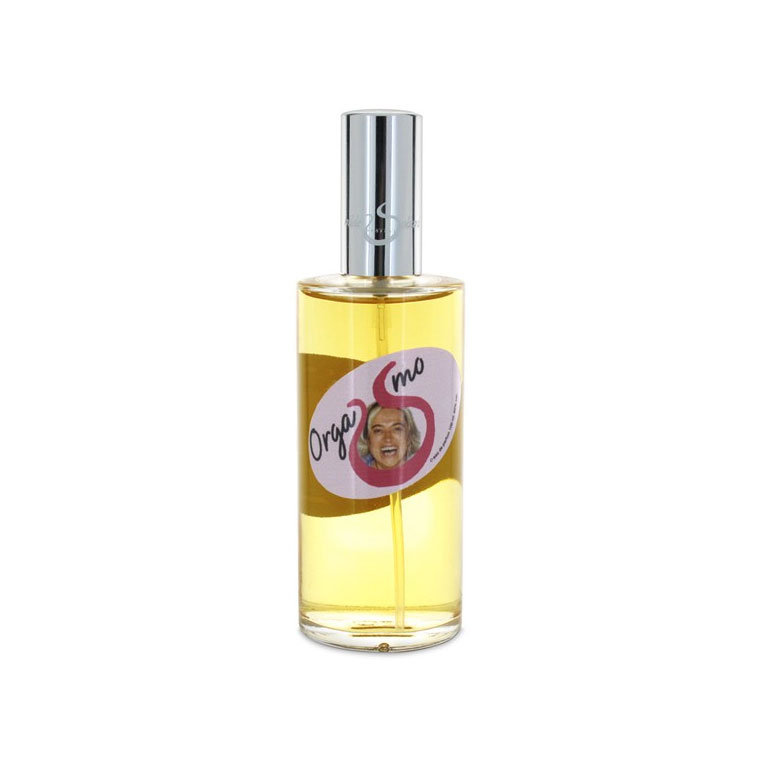 Hilde Soliani Orgasmo Eau de Parfum starts with incredibly accurate amaretto poured over ice–almondy, slightly sweet, and very boozy, but it quickly settled and the almond came through with the depth and sweetness of amaretto but with less of the bite. The almond turned buttery, flaky like a pastry and lost some of its cherry-like sweetness and moved toward a more vanillic sugar sweetness toward the drydown.

It is described as a “splash of Amaretto on the rocks” that showcases an “almond note” as “full and complex.” The notes are listed simply as: almond and amaretto liqueur accord.

It opened with pure amaretto on the rocks–just as described–sweet almonds with a boozy kick. As the fragrance settled on my skin over the next 15 minutes, the almonds were smoother and creamier, nutty and sweet with the depth of amaretto liquor but lacking the alcohol bite, so everything seemed quite well-blended.

It started to evoke marzipan, almost sugary, buttery almonds, about a half-hour in, and it finally gave in to its sweet tooth at the hour mark. Orgasmo lost most of the amaretto booziness and was more about a sweet, just-baked almond pastry, flaky and buttery. The almond sometimes has a powdery aspect to it and often felt like it sat upon a bed of vanilla sugar.

Some reviewers felt it evoked Play-doh, which I can see, as almond scents that get creamier and somewhat powdery can do so (based on the fragrance of actual Play-doh), but it didn’t make me immediately think of that myself. As this was a linear scent, the drydown was a lot like the rest of it; just marked by a softer, airier feel of creamy, smooth almond nuttiness with a hint of powder.

For testing, I used 1/3 of a 0.7ml sample vial dabbed to the underside and topside of my wrist area on my left arm. I used an unscented moisturizer prior to applying the scent as this is also my swatching arm (aka, incredibly parched at any given moment) as I found scent did not hold well here otherwise.

I purchased my sample in January 2022; fragrances are known to be reformulated over their lifetime , so be mindful of when a review was made, e.g. a review from 2010 may not reflect what the same-named perfume smells like in 2022.

It lasted for five hours until it was a skin-scent and about eight hours before it was quite difficult to detect on my skin. The sillage and projection were moderate with the sillage dropping faster than the projection within the first hour of wear.