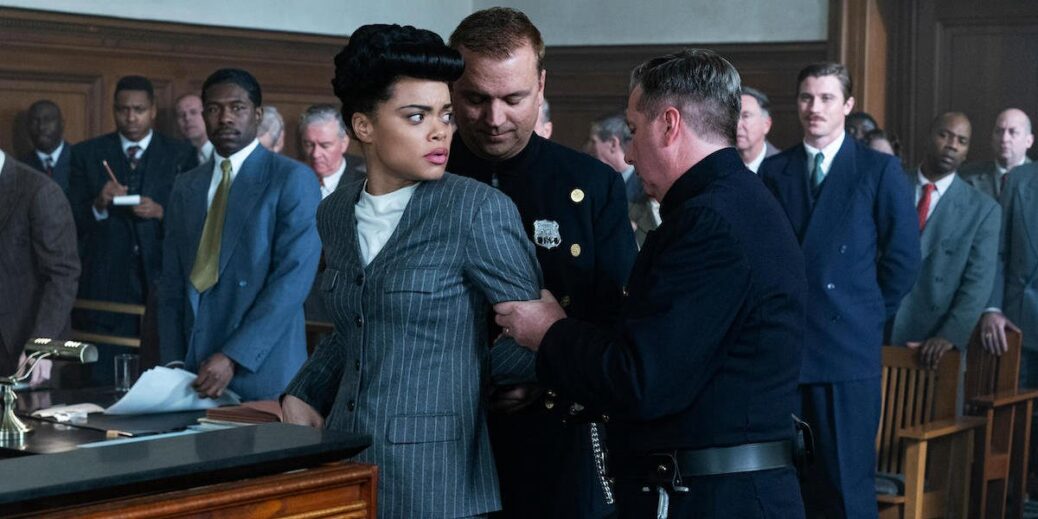 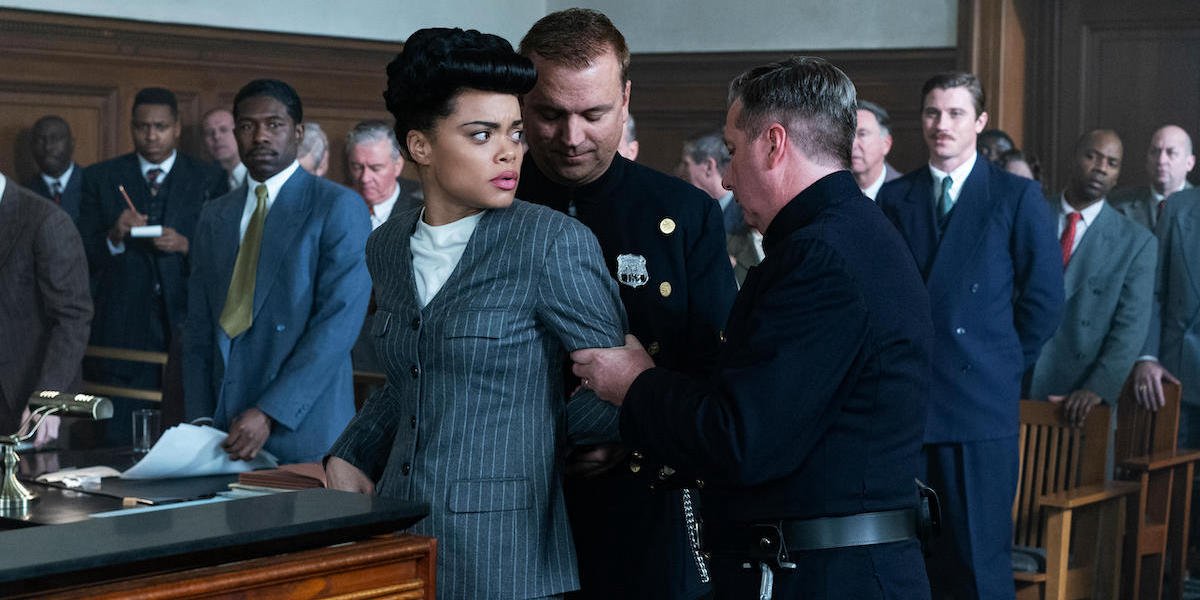 My character, Harry Anslinger, felt that it was stirring up America in the wrong way. And it made him uncomfortable because he was so insecure and had his own qualms with it and his place in his profession, you know, he wanted none of it. So it showed how selfish she was. He always had ulterior motives in his career and it was very malicious what he was doing to Billie when other white artists that were heroin addicts, specifically, were sent to doctors, and he had her sent to prison to detox. He took her cabaret license from her so she could never perform publicly after that. She faced a lot of immense brutality and that’s why this film is such an educational experience when you’re watching it. I think it should be shown in every classroom for history, for music, and others can learn as much as we have while making this film.