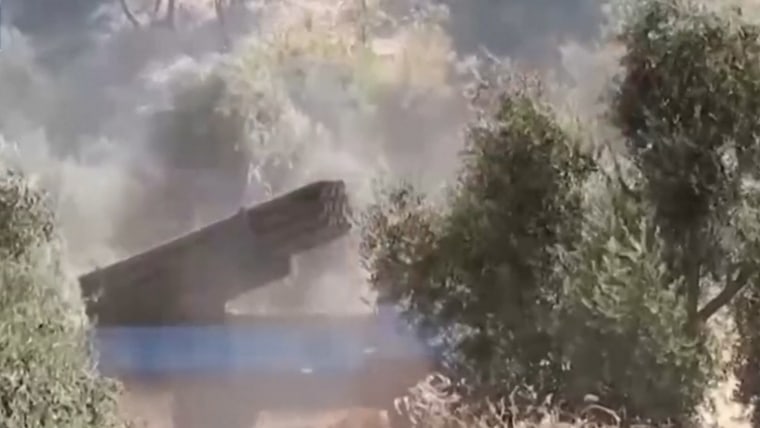 As Iran and world powers prepare to resume negotiations next week on reviving a nuclear deal, the U.S. and its allies are already debating a list of “Plan B” options if the negotiations collapse, Western diplomats, former U.S. officials and experts say.

With chances for a breakthrough at the talks in Vienna looking remote and Iran at odds with U.N. nuclear inspectors, U.S. and European officials face a grim set of choices — from ramped-up sanctions to potential military action — as Iran’s nuclear program advances into dangerous territory.

Secretary of State Antony Blinken said last month that the U.S. was “prepared to turn to other options” if the negotiations fail, and Israel has made it clear that it is ready to take military action if necessary to prevent Iran from obtaining nuclear weapons.

“There are a cascading set of consequences for all of this coming undone. I just don’t see how this comes to a happy conclusion,” said a former senior U.S. official familiar with the discussions.

According to European diplomats, former U.S. officials and experts, the possible options include:

If the discussion in Vienna fail, the situation could soon resemble the tense standoff between the U.S. and Iran before the 2015 nuclear agreement, when Israel seriously contemplated a military strike on Iran’s nuclear facilities and Washington and Europe imposed tough sanctions on Tehran, former U.S. officials say.

But Iran’s nuclear program is far more advanced than it was 10 years ago, giving Washington less breathing room to defuse a crisis, former U.S. officials said. Iran has enriched about 40 pounds of uranium to 60 percent purity, close to the 90 percent level needed for nuclear weapons, according to the International Atomic Energy Agency, or IAEA, the U.N. watchdog.

Experts say Iran is anywhere from several weeks to two months away from having enough fissile material to build a nuclear weapon. When Iran was abiding by the 2015 nuclear deal negotiated by the Obama administration, the breakout time was estimated at a year.

“We’re in a different place now than we were in the mid- to late 2010s,” said Eric Brewer, a former senior U.S. official who worked on nuclear proliferation in the Trump and Obama administrations.

The U.S. and European allies also have less bargaining power than they had during the Obama administration, when the possibility of lifting sanctions provided an attractive incentive to Iran and when the fear of more sanctions gave Western diplomats valuable leverage. But the 2015 agreement failed to provide the economic boost Iran had hoped for, and the threat of yet more sanctions carries less weight now, as Iran’s leadership believes the country has withstood the worst the U.S. can muster, current and former U.S. officials said.

“Our carrots are less tasty and our sticks are less sharp this time,” said a former senior U.S. official with knowledge of the diplomatic discussions, who worked on Iran policy.

The 2015 nuclear deal between Iran and world powers, known as the Joint Comprehensive Plan of Action, eased sanctions on Iran in return for strict limits on its nuclear program to prevent Tehran from building an atomic arsenal. President Donald Trump pulled the U.S. out of the deal in 2018, reimposed sanctions and introduced hundreds of new sanctions.

President Joe Biden has vowed to return the U.S. to the deal if Iran returns to compliance with its nuclear provisions, and negotiations appeared to be making progress this year. But the discussions came to a halt after hard-line cleric Ebrahim Raisi was elected as Iran’s president in June, with the new government promoting a more aggressive stance than Raisi’s predecessors had and naming new negotiators who appear less inclined to compromise.

Raisi’s deputies have made it clear that they are in no mood for concessions, and they are demanding guarantees that the U.S. will not pull out of the agreement again, which U.S. officials say is impossible. Iran also has called for all U.S. sanctions to be lifted, including those not related to the nuclear program.

“The Iranians are not negotiating a return to the deal. They are trying to renegotiate the deal,” said a European diplomat briefed on the issue.

Iran’s U.N. mission did not respond to a request for comment.

From Iran’s view, the 2015 agreement never lived up to its billing, as many foreign companies chose to stay away from the Iranian market, despite the removal of numerous sanctions. And the Iranians argue that compliance with the deal blew up in their face when the U.S. abandoned the agreement in 2018.

A foreign diplomat in the Middle East said he did not expect the discussions in Vienna to result in much. “Give me one good reason why Iran would want to return to the deal,” the official said.

In the run-up to the negotiations, Iran has pressed ahead with uranium enrichment and hampered the work of U.N. inspectors, apparently betting that it can gain the upper hand in the discussions. But the tactics could backfire, said Kelsey Davenport, the director for nonproliferation policy at the Arms Control Association.

Iran “appears to think that it can leverage its nuclear advances for more concessions from the United States. And here Tehran is playing a very dangerous game, because it risks pushing the United States to the point where officials assess that the deal’s benefits cannot be restored,” she said.

Perhaps the biggest threat to any nuclear diplomacy comes from Iran’s recent disputes with the IAEA, the U.N. nuclear agency, which was tasked with monitoring the 2015 deal. Iran has hampered access to U.N. inspectors and refused to allow them to reinstall cameras at a centrifuge component site near Karaj after one was destroyed and another was damaged in a sabotage attack that Tehran blamed on Israel.

The director of the IAEA, Rafael Grossi, has warned that the organization’s ability to monitor the nuclear program is no longer “intact,” and he has compared the situation to “flying in a heavily clouded sky.”

Grossi returns to Tehran this week in a bid to restore full access to nuclear sites, and the IAEA’s board is set to meet this week, with member states weighing a possible censure of Iran for its violations. Raisi, the Iranian president, warned in September that punitive action by the IAEA board could “disrupt the negotiations” in Vienna.

If the talks hit a dead end, the Biden administration may try to avoid declaring the discussions dead and instead leave the door open to other stopgap proposals short of a full return to the 2015 accord, European diplomats and former U.S. officials said. One possibility would be an interim deal, in which each side would agree to take modest steps or essentially freeze the status quo in place pending a future agreement.

A crucial element of any Plan B “is keeping the door open for talks,” Brewer said. “That’s the smart thing to do so that we have that off-ramp with Iran.”

U.S. diplomats will be eager to show their counterparts from Russia and China that Iran — not the U.S. — bears the blame for any collapse in negotiations. If Moscow and Beijing conclude that Iran is being inflexible, that would help Washington build pressure on Iran, former U.S. officials and European diplomats said.

Although China played a constructive role in the negotiations that led to the 2015 agreement, it is not clear whether Beijing will be open to supporting the U.S. stance this time, especially given China’s more assertive stance toward the U.S., former officials said.

If the negotiations crumble, the Biden administration will look for ways to increase pressure on Tehran, which would be likely to include cracking down on Iranian oil sales to China, which ticked up in the final months of last year, said Brian O’Toole, a nonresident fellow at the Atlantic Council, a think tank.

“If the talks fail, that would be one of the first things they would look at,” said O’Toole, who worked on sanctions policy for the Treasury Department from 2009 to 2017.

The Biden administration initially would try to persuade China to cut off oil imports from Iran, and if that failed, it could opt to sanction a Chinese shipping company involved in the oil shipments, O’Toole said. U.S. officials would probably want to avoid targeting large Chinese banks, he said.

Current and former U.S. and European officials acknowledge that any new sanctions campaign could take months to gain traction, buying Iran yet more time to develop more nuclear know-how and stockpiles of enriched uranium. Even then, the sanctions might not have the desired effect, they said.

To ratchet up pressure on Iran, the U.S. could decide to move beyond sanctions and undertake sabotage operations, from cyberattacks to explosives, to disrupt Iran’s nuclear program. Iran has accused Israel of assassinating nuclear scientists and carrying out other spoiling operations over the past several years.

The covert sabotage has caused damage and delays, but Iran has responded by redoubling its efforts to enrich uranium and bolster its nuclear program. “In the long term, you’ve seen Iran respond to these attacks by ratcheting up its nuclear activities,” Davenport said.

Top military and government officials in Israel say they are honing contingency plans in case Iran’s nuclear program reaches the point of no return.

The Israeli military’s chief of staff, Lt. Gen. Aviv Kochavi, said this month that the armed forces are “speeding up the operational plans and readiness for dealing with Iran and the nuclear military threat.”

Former U.S. officials say that a military conflict is still unlikely and that if negotiations flounder, the result could be a low-grade, festering crisis with no clear resolution in coming months.

If Israel were to be poised for an attack on Iran’s nuclear facilities, the Biden administration would have to decide whether it would join or lead the operation or provide additional logistics support to Israeli forces, including refueling aircraft, bombs designed to penetrate underground bunkers and additional missile defense systems in the case of Iranian retaliation.

A senior State Department official said Iran should not assume that the U.S. and its allies will bow to Iran if it moves close to securing nuclear weapons.

“Iran today is at the risk of miscalculating by saying we’re going to build a nuclear program and the U.S. and others will have to surrender,” the senior official said. “It’s not just us but others who we know who will not sit idly by if Iran continues to go through the program in a way that creates real worry that they are seeking to become a threshold state.”