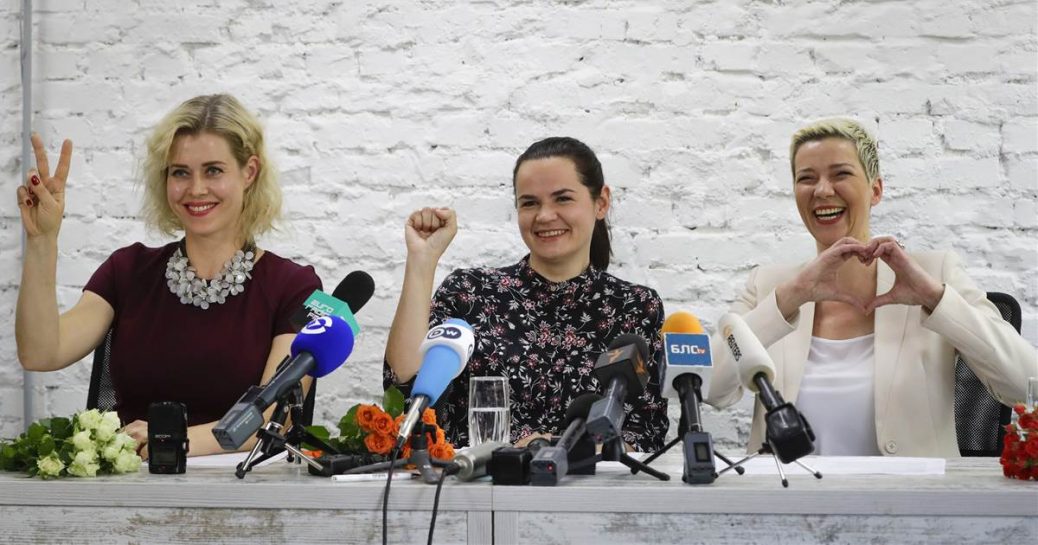 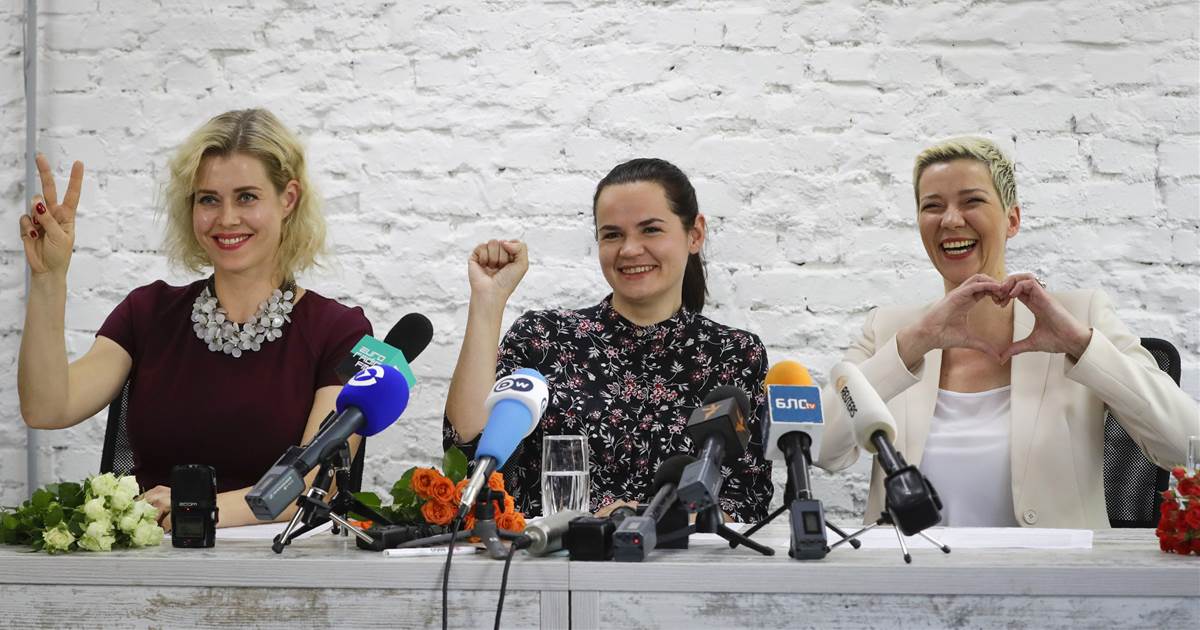 Elections in Belarus are usually a boring, predictable affair.

Often referred to as “Europe’s last dictator,” Alexander Lukashenko is normally crowned the victor in an event that has had the same outcome over his 26 years of iron-fisted rule.

But this time, it’s different. Three women are standing against Lukashenko, one of the world’s most authoritarian leaders, in a challenge that symbolizes the electorate’s hunger for change.

Just a few weeks ago, Sviatlana Tsikhanouskaya, Veronika Tsepkalo and Maria Kolesnikova had no plans to take on the president.

Now, they hold rallies with tens of thousands of their supporters — the largest expression of dissent Belarus has seen in years — asking them to vote Lukashenko out.

“What the three women have been able to do is unite a lot of their supporters, and you can see by the number of people they are attracting with their political rallies that there is strong support for the kind of change that they are professing,” said Emily Ferris of the Royal United Services Institute, a London think tank.

Although there is little doubt that Lukashenko, 65, will hold on to power after the election Sunday, the trio have created “unprecedented activation of Belarusian society,” said Alesia Rudnik, a research fellow at the Center for New Ideas, a Minsk-based think tank.

“Despite the election result, these three figures managed to embody the fight against the regime by raising awareness and giving hope to ordinary Belarusians,” she said.

Tsikhanouskaya, 37, a former teacher and translator with no political experience, registered as a presidential candidate after the electoral commission denied the registration of her husband, the popular political blogger Syarhei Tsikhanouski. He was later detained at a rally in his wife’s support and remains jailed on multiple charges, according to the country’s investigative committee. He has dismissed the charges as a provocation.

Veronika Tsepkalo’s husband, Valeriy, a former ambassador to Washington, was denied registration as a presidential candidate and fled to Russia last month after he was tipped off that his arrest was imminent.

The two women joined forces with Kolesnikova, the campaign manager for Viktor Babariko, a former banker and opposition candidate, who was arrested on charges that his team has called “absurd” and later disqualified from the race by the electoral commission.

Since they unified their campaigns last month, the three women have become the faces of opposition in Belarus.

An image of them with three different symbolic gestures — a clenched fist for Tsikhanouskaya, a victory sign for Tsepkalo and a heart shape for Kolesnikova — has gone viral.

Although Tsikhanouskaya is the only one actually running for office, she insists that she is no politician.

She said she registered as a presidential candidate last month to support her husband, who was snubbed by the electoral commission. Since then, she has transformed from a self-described “mother and wife” indifferent to politics into an outspoken opposition leader who has challenged Lukashenko to a face-to-face live TV debate.

“I am not in politics for power. I am in it for justice,” she declared in an address on state TV last month.

“We have two options — to continue living in poverty and empty promises or build a Belarus that we deserve.”

She promises to release all political prisoners if she is elected and to allow candidates who were barred from standing, including her husband, to run in a new election six months later.

Tsikhanouskaya’s platform is otherwise scarce on details, but her key messages include economic recovery and improving living standards.

The challenge seems to be enough to divert some votes from Lukashenko, who has branded himself as “Batska,” meaning “father” in Belarusian.

In addition to grievances about the economy, human rights and fatigue with his rule, his handling of the coronavirus pandemic has reinvigorated opposition.

Lukashenko has dismissed the pandemic as “psychosis” that can easily be cured by vodka and fresh air, refusing to lock down the country of 9.5 million people.

The country’s already weak economy is expected to contract by at least 4 percent in 2020 – the largest decline in 25 years, the World Bank warned in May, calling the impact of COVID-19 on Belarus “severe.”

Human rights groups have criticized Lukashenko’s government for years for stifling dissent and independent media. And Western observers have described previous elections as rigged to keep him in office.

Official opinion polls are almost nonexistent, but experts still believe Lukashenko is rapidly losing his electorate. But will voters turn to Tsikhanouskaya, instead?

“Sviatlana is running to change everything,” Tsepkalo said during a news briefing announcing that their campaigns were uniting. “She is running to wipe the slate clean.”

“Our constitution is not meant for women,” he quipped in a news conference last month. “Our society is not ready to vote for a woman.”

Yauheni Preiherman, director of the Minsk Dialogue Council on International Relations, a political think tank, said there was no doubt that Tsikhanouskaya will collect nearly all of the anti-Lukashenko votes.

Preiherman said that while Tsikhanouskaya’s campaign is unlikely to succeed, it could still have long-lasting effects. Her camp has been unclear about what should happen if it decides the election is rigged.

Post-election protests, which Preiherman considers inevitable, could get chaotic or even violent, he said, prompting a potentially draconian state response.

Belarusian authorities have detained more than 1,000 participants during protests since the start of the campaign.

“Lukashenko has never hidden his readiness and determination to use any means necessary to ensure his stay in power. This time is no different,” Preiherman said.