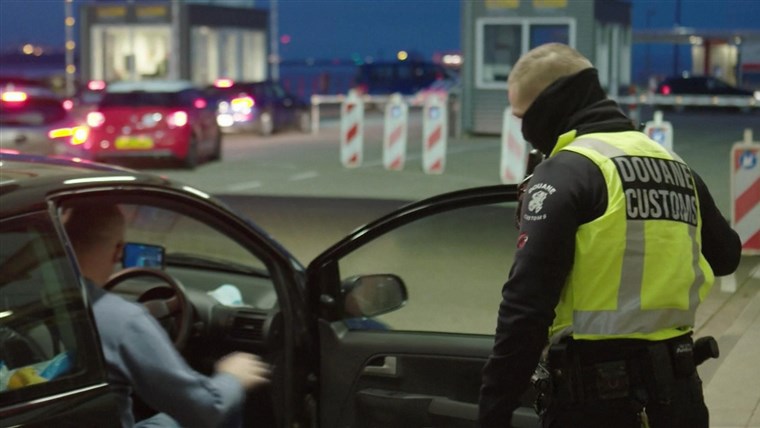 BRISTOL, England — As an island and ancient seafaring nation, the United Kingdom’s fishing communities have an outsize impact on the country’s identity.

So it should be no surprise that their fate loomed over Brexit negotiations, with politicians promising fishermen they would be big winners after the U.K. left the European Union.

But now, many members of the fishing community say they feel let down by the government. Instead of boosting the industry, they say, the new trade deal fails to deliver on lawmakers’ Brexit promises, has choked their businesses with red tape and left the struggling sector to wither away further.

“The deal was absolutely shameful and disgraceful — that’s the only way to describe it,” said David Pessell, the managing director of Plymouth Trawler Agents, a fish auctioneering business in southwest England. “They broke their word on every count in effect.”

Pessell, who voted to leave the E.U. in 2016, is far from alone in his belief that Brexit’s heralded rewards for the fishing industry have largely failed to materialize. Few in the seafood sector are happy with how things have turned out, with the details and ramifications of the U.K.-E.U. trade deal confirming fears and dashing hopes across the industry.

It was not supposed to be this way. After all, Prime Minister Boris Johnson made the post-Brexit fate of the country’s fishermen a central plank of his message.

“For the first time since 1973, we will be an independent coastal state with full control of our waters,” Johnson said in a Dec. 24 speech announcing the new trade deal, just days before the country completed its economic separation from the E.U. on Dec. 31.

Control of the seas was probably never going to be a major economic concern for the U.K. — after all, the fishing industry contributed less than 1 percent to the country’s gross domestic product in 2019. But the symbolic importance of the industry meant that in eleventh-hour trade negotiations, the issue became a key sticking point.

“He should have pushed it more, he promised it, he really promised that we would get our coastal waters back,” Phil Trebilcock, a fisherman in the southwest coastal town of Newquay, said of Johnson. “‘Ah, yeah, we’ll get it, we’ll get it,’ and in the end they didn’t,” he said, imitating members of the British government.

Trebilcock, 67, was among the fishermen who spoke to NBC News in the summer of 2017 about what Brexit could mean for the industry. At the time, he and others said they hoped that breaking free from Brussels would allow the U.K. to extricate itself from the E.U.’s complex quota system, which dictates how much fish its vessels can catch, and put a stop to foreign boats chasing fish in its waters.

Today, he is disappointed that the deal allows some foreign boats continued access to the country’s coastal waters for at least the next five and a half years, and says a gradual increase in the amount of seafood British fishermen are allowed to catchin U.K. waters over the same period does not go far enough. After that, reciprocal access to territorial waters and new quotas will have to be negotiated.

While many of the fishermen who spoke to NBC News in 2017 cheered on Brexit, a good number of those who processed and exported fish expressed concern about the impending divorce. Some of their fears have now been realized, as fallout from the new trade deal is already being felt.

Seafood exporters complain they are incurring new costs due to the extensive paperwork now needed to deliver goods to the continent, a major concern since the U.K. exports most of the fish it catches.

Some also say border checks and customs declarations have caused substantial delays to trucks carrying the perishable goods abroad at a time when the Covid-19 pandemic has already led to lower market prices and demand.

“Since we’ve left Europe, it’s been an absolute nightmare,” said Ian Perkes, a fish exporter from Brixham, a fishing town in the English county of Devon.

Perkes, who voted to leave the E.U., said he’s lost thousands of pounds in sales due to Brexit red tape, as he was initially unable to export to the continent because he did not have the correct paperwork.

While logistical issues have begun to ease, he says he’s still concerned his business will not be able to survive if the increased cost of routine paperwork needed to export to the E.U. persists.

“If I knew this was going to be the outcome, then obviously I would not have voted to leave,” he said.

On Jan. 18, seafood firms staged a protest in London by driving delivery trucks from as far away as Scotland past the houses of Parliament, with signs declaring “Brexit carnage” and “Incompetent government destroying shellfish industry!”

Johnson has said the issues are “teething problems” and pledged a 23 million pound compensation fund for businesses that “through no fault of their own” have experienced bureaucratic delays and difficulties delivering their goods.

But Perkes said any compensation would not be enough as it wouldn’t cover the ongoing costs exporters face because of Brexit.