Russia is massing troops near Ukraine border, sending shivers of unease through the West 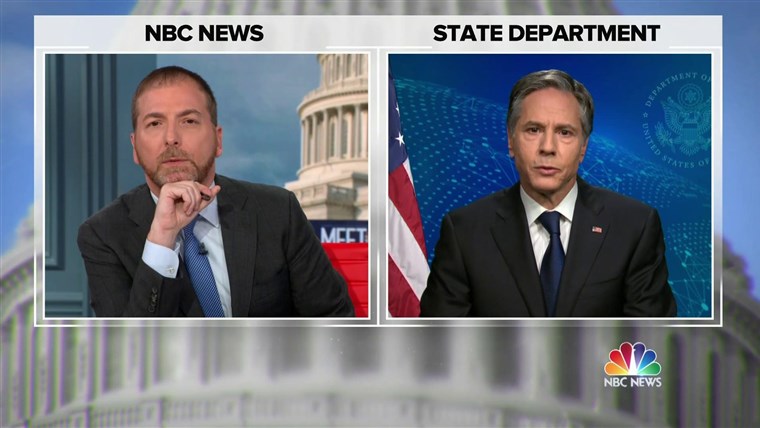 Tens of thousands of Russian troops massing near the Ukrainian border, convoys of tanks, and a deadly escalation in the grinding trench war in eastern Ukraine.

These storm clouds on Europe’s eastern flank are causing grave alarm in Washington and across the continent.

“We’re now seeing the largest concentration of Russian forces on Ukraine’s borders since 2014,” Secretary of State Antony Blinken said Tuesday after flying to NATO’s headquarters in Brussels, Belgium. “That is a deep concern not only to Ukraine, but to the United States.”

Western officials and experts are now trying to decipher what Moscow might be planning: Is Putin testing Biden’s mettle — or is he actually trying to spark a fresh military conflict on the fringes of Europe?

“The optimistic assessment is that this is meant to intimidate Ukraine,” said Michael Kofman, a senior research scientist at CNA, a research group based in Virginia. “The pessimistic assessment, which I think is a lower probability but nonetheless very worth considering, is that Russia is actually spoiling for a fight and that they’re looking to bait Ukraine into a miscalculation.”

Russia and Ukraine have been locked in conflict since 2014, when Russia annexed Ukraine’s Crimea peninsula and began supporting separatists in the country’s east. That war has rumbled on ever since, costing some 14,000 lives despite a series of shaky ceasefires.

But since March experts say they are witnessing something new.

Russia has started sending thousands of troops, tanks, artillery and other units to Crimea and regions along its 1,200-mile land border with Ukraine, according to Western governments and independent experts who monitor these maneuvers.

The Russian troops number 40,000 in Crimea and another 40,000 in other regions along the border, Iuliia Mendel, spokeswoman for Ukrainian President Volodymyr Zelenskiy said Monday.

Given that the Russian military has an estimated 800,000 to 900,000 troops, “that would be approximately 10 percent of the Russian military’s total manpower,” according to Rob Lee, a former U.S. Marine who now tracks military deployments at the Department of War Studies at King’s College London.

“They are deliberately leaving their intentions ambiguous here,” Lee said.

Meanwhile, the fragile ceasefire that’s kept the Donbas conflict at a simmer has deteriorated, with more than 30 Ukrainian soldiers killed already this year, compared with 49 in 2020, Ukraine says.

In response, U.S. European Command has raised its threat level to the highest available, the New York Times reported. And it is planning to send two warships to the Black Sea, according to Turkey, which controls passage into it. Pentagon spokesman John Kirby declined to comment on both of these actions at recent briefings.

“If Russia acts recklessly,” Blinken told NBC News’ “Meet the Press” Sunday, “there will be consequences.”

The problem for these allies is that it is still unclear what Russia is trying to do — much less how the West might be able to respond.

“The force assembled is large and heavy and could go deep and do some ugly stuff to Ukraine,” said Vladimir Frolov, a former Russian diplomat. Is that what Russia intends to do? “I think an honest answer to your question would be: ‘I have no idea,'” he said.

“Russia has never been a threat to anyone and does not pose a threat,” Putin’s spokesman, Dmitry Peskov, told reporters Monday.

The Kremlin has tried to turn the narrative on its head, accusing the U.S. and NATO of being the ones responsible for raising the temperature.

“There is absolutely nothing for American ships to be doing near our shores,” Deputy Foreign Minister Sergei Ryabkov told Russian news wires. “We warn the United States that it will be better for them to stay far away from Crimea and our Black Sea coast. It will be for their own good.”

Ryabkov referred to the U.S. as an “adversary” — a word the U.S. uses to describe Russia, but a clear shift from Russia’s preferred term “partner” when referring to the U.S.

Many experts believe a Russian military offensive is not impossible but unlikely; it would be costly for Putin and it’s unclear what he would gain. The buildup has been slow and ostentatious, whereas a genuine invasion would be rapid and more covert.

More likely, according to these observers, is that Russia is attempting to intimidate Ukraine, perhaps to gain leverage in the stalled peace talks over the Donbas conflict.

Putin is also sending a message to Biden and Ukraine’s European allies, according to Fabrice Pothier, a consulting senior fellow at the International Institute for Strategic Studies, a London think tank.

Biden has deployed harsher rhetoric toward Putin compared with President Donald Trump, and last month the U.S. announced $125 million in military aid to Ukraine. Meanwhile, Ukraine is renewing calls to join NATO, something the alliance promised in 2008 but is vehemently opposed by Russia.