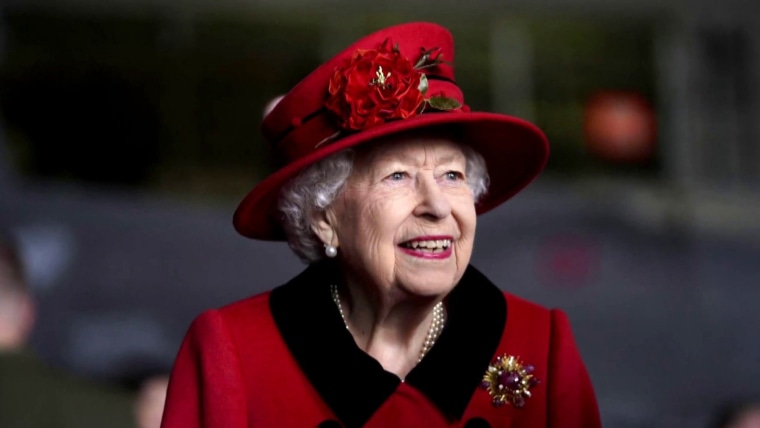 LONDON — British royals usually do not go in for emphatic public pronouncements. Tradition and elegance, yes. Fiery statements, not so much.

Yet climate change is an issue that has not only prompted emotional public pleas from the royal family, but has united three generations of the monarchy ahead of the U.N.’s climate change conference, COP26, in Glasgow, Scotland.

Prince Charles, Prince William and their wives plan to lend their star power to the event. Queen Elizabeth II had originally planned to attend in person, but pulled out after she received medical advice to rest following a recent hospital stay. Instead, she will deliver a recorded video address, Buckingham Palace said Tuesday.

The conference has been billed as a last chance for world leaders to get climate change under control. Otherwise, experts warn that temperatures will continue to rise far above the 1.5 degree Celsius (2.7 degrees Fahrenheit) target previously set out in the Paris climate agreement, resulting in further climate catastrophes, from fires and floods to the destruction of species.

President Joe Biden, together with senior members of his Cabinet and former President Barack Obama, will be among 120 world leaders to attend the nearly two-week conference. Leaders are hoping it will result in ambitious emissions reduction targets as well as moves to protect vulnerable areas and communities.

Royals rubbing shoulders with world leaders will cap weeks of events and interviews in support of action, from Prince William’s Earthshot Prize, which aims to find technological or policy solutions to the effects of climate change, to Prince Charles’ declaring that he understands the frustration of young climate protesters.

Before the Earthshot Prize ceremony in London this month, William made headlines when he appeared to criticize billionaires like Jeff Bezos and Elon Musk for pursing space tourism.

“We need some of the world’s greatest brains and minds fixed on trying to repair this planet, not trying to find the next place to go and live,” he said in an interview with the BBC.

But this royal focus on climate action does more than just raise public awareness; it also helps raise the family’s own profile, according to Mike Goodman, professor of geography at the U.K.’s University of Reading, who studies celebrity and climate change.

“They’ve had a long history of thinking of the environment. But it’s also an opportunity for him to develop his own brand as they move into a new era and other royals start to take over from the queen,” Goodman said, referring to William, the second in line to the throne.

William’s passion for climate action comes on the heels of his father’s and grandfather’s involvement with bettering the planet. Prince Philip, the queen’s husband, who died in April, was long associated with animal conservation efforts and served as the president of the World Wildlife Fund. Charles has been promoting environmental issues long before it was daily news, and has often expressed frustration at the lack of attention his efforts have received.

“The problem is to get action on the ground, which is what I’ve been trying to do for the last 40 years,” he told the BBC in an interview that aired last week.

“Celebrities can put a spotlight on the issue, but sometimes the danger is that it appears superficial and it may not necessarily have a long-lasting impact because people move on to another celebrity issue quickly.”

In that interview, Charles also made common cause with young climate change activists, saying he understands their frustration that not enough is being done.

“People should really notice how despairing so many young people are,” said Charles, who added that he refrains from eating meat or fish two days a week, and dairy products on Mondays.

In addition to adding solar panels to his residences, the prince has also converted his Aston Martin car to run on surplus English white wine and whey from cheese processing.

Despite their dedication to the issue, the royals have come under criticism for their own luxury lifestyle and production of greenhouse gases.

Prince Harry and his wife, Meghan, directly experienced this before they stepped back from their royal roles in 2020. British tabloids in August 2019 slammed the couple, who had previously spoken about the need for climate action, for taking a private jet to France.

In past weeks, the royal family, who are known to be keen hunters, have faced calls from the U.K. news outlets to “rewild” parts of their large estates, which would include more tree planting and a return to a more natural way of caring for the land. Royal Estates, the body that runs their properties, said in a statement that it had a long history of conservation and biodiversity and was always looking for ways to improve.

The advertising of their efforts in support of the environment extend to the royal website, which has a page dedicated to the royal household’s practical actions, including the use of hydroelectricity and organic farming.

The royal family is part of a long list of celebrities and public figures to throw their weight behind climate action, and William’s Earthshot Prize ceremony on Oct. 17 included appearances on the green carpet by actors Emma Watson and David Oyelowo.

However, the extent to which celebrity involvement with the cause makes a difference is up for debate, according to Alison Anderson, a professor of sociology at the University of Plymouth, who studies climate change and celebrity activism.

“Celebrities can put a spotlight on the issue, but sometimes the danger is that it appears superficial and it may not necessarily have a long-lasting impact,” said Anderson.

It’s not only the royals who gain from their leadership on climate change. Their star power is also helping to boost the U.K.’s profile on this global issue after its departure from the European Union.

Last Tuesday evening, the queen welcomed former Microsoft CEO Bill Gates, along with other international political and business leaders to Windsor Castle as part of a Global Investment Summit aimed at highlighting the U.K.’s role in green investment and clean technologies.

This issue, however, is different from many the more traditionally apolitical causes that the royal family generally supports.

The younger royals, like William and his wife, Kate, are perhaps best known for their work on mental health, addiction and homelessness. Climate action, in contrast, requires more government buy-in for their activities to make a difference, according to experts, and the royals’ activities are just a tiny fraction of what’s needed for lasting change.

The U.K.’s Committee on Climate Change estimates that low carbon investment needs to reach around $68 billion a year to deliver the government’s own net zero targets. The Earthshot Prize, for example, supported by companies like Walmart and Unilever, awards a grant worth $1.4 million to five winners a year to develop and scale up their ideas. That’s a relatively small amount of money compared to the large sums needed to deliver lasting change, according to Goodman.

“He’s doing the best he can,” Goodman said of William. “He’s using his profile and position of power and money to gather groups of people together to say the right things, and here they are doing something. It’s just not enough.”