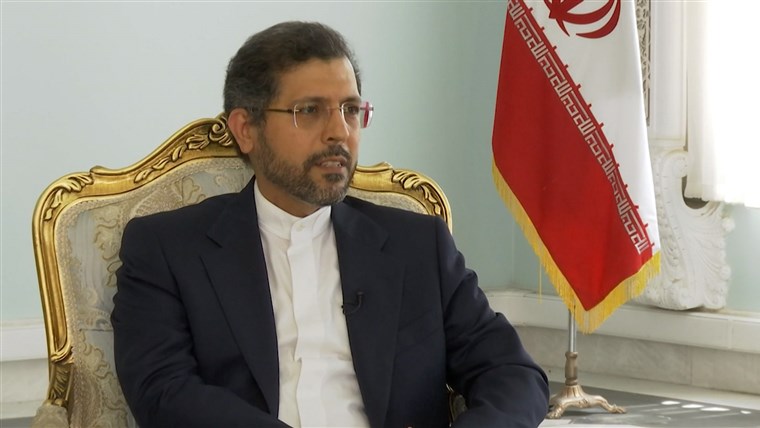 The United States and Iran are still divided over key issues, but they could reach an agreement within weeks on reviving the 2015 nuclear agreement if Tehran makes a political decision to make it happen, a senior U.S. official said Thursday.

Speaking the day before indirect talks were due to resume in Vienna, the senior State Department official told reporters that previous discussions had made clear the choices each government faces to return to compliance with the 2015 deal, known as the Joint Comprehensive Plan of Action, or JCPOA.

But the official, who was not authorized to speak on the record, said the negotiations would need to speed up to clinch an agreement in the next few weeks, before Iran holds a presidential election June 18.

“If Iran makes the political decision that it genuinely wants to return to the JCPOA as the JCPOA was negotiated, then it can be done relatively quickly, and implementation can be relatively swift,” the official said. “But we don’t know if Iran has made that decision.”

It’s possible that the two sides could agree on a mutual return to the deal, he said. “Is it likely? Only time will tell, because, as I said, this is ultimately a matter of a political decision that needs to be made in Iran.”

The official added, “We’re committed to doing it, and we’ll have to see in the coming days and weeks whether Iran will be.”

With Iranian President Hassan Rouhani’s term ending soon, the June elections threaten to complicate the negotiations and delay any revival of the deal.

The U.S. official said it was unclear whether Iran was ready to drop “unrealistic demands” that were proposed in previous rounds of negotiations.

“We can’t get into a situation where the U.S. does more than is required by the deal in terms of sanctions relief and Iran is going to do less … than what is required in terms of coming back into nuclear compliance,” the official said.

The 2015 nuclear deal introduced an array of restrictions on Iran’s nuclear work in return for the easing of U.S., U.N. and EU sanctions. President Donald Trump withdrew the U.S. from the deal in 2018, reimposed sanctions and introduced new sanctions.

The Biden administration has said it is ready to return the U.S. to the agreement if Iran returns to abiding by its limits on its uranium enrichment and other nuclear activities.

Iranian Foreign Ministry spokesman Saeed Khatibzadeh said in an interview Wednesday that there is “ample hope that we can revive the deal” and that it was up to President Joe Biden to “make a decision” to return the U.S. to the agreement.

Iranian officials have previously reported progress in the talks and have said the two sides had agreed that the U.S. would lift sanctions on Iran’s energy and banking sectors. Iran has said the U.S. pulled out of the agreement and should therefore lift all economic sanctions before Iran takes any steps to return to compliance.

At Iran’s insistence, the talks in Vienna are indirect, with the U.S. and Iran passing messages through the other parties that signed the 2015 deal: Britain, France, Germany, China and Russia.

The official also said “active” indirect discussions were underway over the fate of Americans imprisoned in Iran, although the issue was being handled “independently” of the JCPOA negotiations.

“We’re treating it as, really, a matter of utmost urgency to get the detainees home,” the official said.

A recent report circulating in Iranian media that an agreement had been reached to release four Americans was an act of “unspeakable cruelty,” as it was false and toyed with the emotions of the detainees’ families, the official said.

“There is no deal. We are doing everything we can to get our citizens home,” the official said.