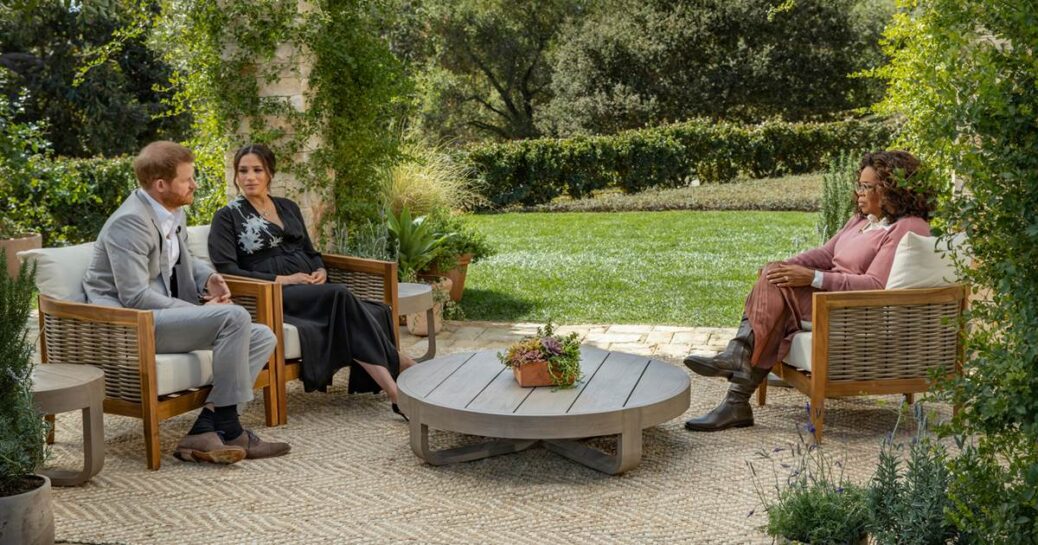 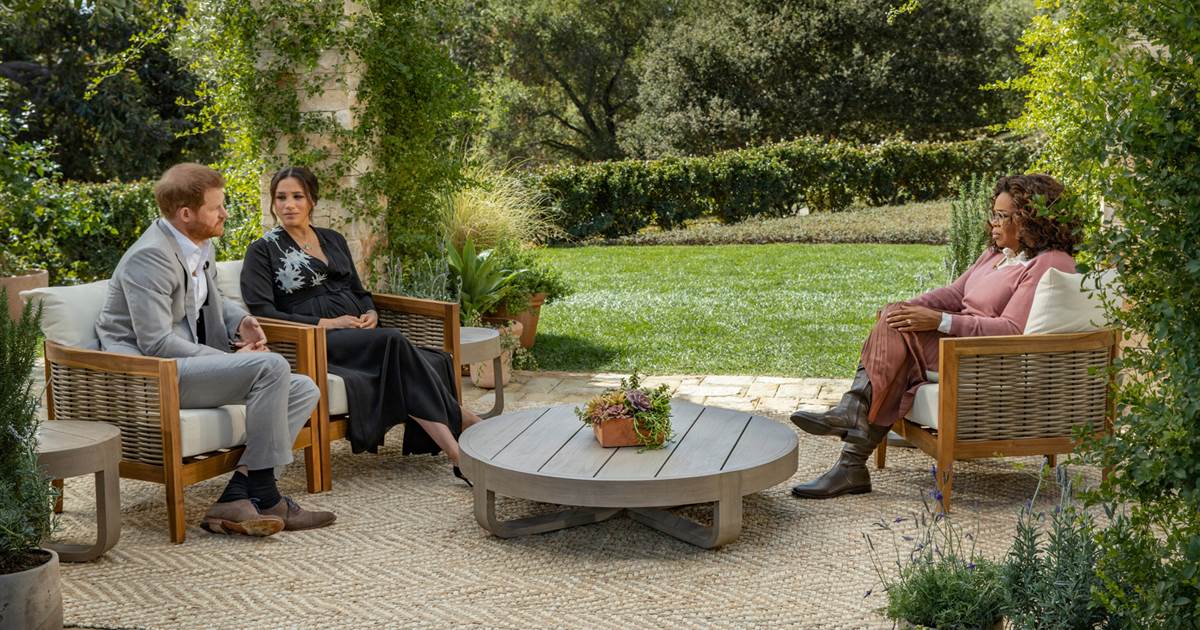 LONDON — Prince Harry’s biggest fear before leaving the royal family was “history repeating itself” with his wife facing the intense scrutiny once faced by his late mother, Princess Diana, according to a clip released ahead of a hotly anticipated interview with Oprah Winfrey.

The interview, scheduled to air Sunday, will be the couple’s first lengthy interview since leaving the royal family and moving to the United States last year.

In a separate interview released last week, Harry told fellow Brit and television host James Corden that Britain’s “toxic” media drove him and Meghan, the Duchess of Sussex, to leave the royal family.

One of two clips released ahead of the Winfrey interview showed a picture of the young prince with his mother as he discusses the pressures she faced. Diana died in a car crash in Paris in 1997 as she was being pursued by paparazzi.

“For me, I’m just really relieved and happy to be sitting here talking to you with my wife by my side, because I can’t begin to imagine what it must have been like for her going through this process by herself,” the Duke of Sussex said, holding his wife’s hand.

“It’s been unbelievably tough for the two of us but at least we had each other,” he added.

Throughout their marriage, Diana and Prince Charles’ relationship — and their separation and divorce — were constant sources of media speculation and often featured on the front pages of Britain’s notoriously tough tabloid press. Harry has in the past criticized the photographers who chased after his mother on the night of her death.

Royal interviews are historically rare. Diana herself had a much publicized sit-down interview with the BBC, during which she famously said “there were three of us in this marriage, so it was a bit crowded,” referring to Charles’ relationship with his now-wife, Camilla, the Duchess of Cornwall.

The clips from Winfrey’s interview show the couple in a lush garden. Harry does all the talking, with Meghan saying nothing in the footage released so far.

“Were you silent, or were you silenced?” Winfrey asked Meghan, who wore a long black dress, with embroidery on the shoulder.

“You said some pretty shocking things here,” Winfrey said in another instance, with no indication what she was referring to.

No subject was off limits in the interview, according to the media mogul, who was a guest at the couple’s 2018 wedding in Windsor.

Harry and Meghan, a former actress on the television series “Suits,” finalized their split from Britain’s royal family last month, when Buckingham Palace confirmed they would not return as working members of the royal family.

In the 17-minute segment with Corden that aired Thursday night, Harry said that despite their decision to leave and move to California, his “life is always going to be about public service. Meghan signed up to that and the two of us enjoy doing that.”

“It was never walking away, it was stepping back, rather than stepping down,” said Harry, who is the grandson of Queen Elizabeth II and sixth in line to the throne.

The couple have pushed back against the media’s coverage of their lives, and last month, Meghan won a privacy lawsuit against the U.K. newspaper Mail on Sunday, which published parts of a letter she wrote to her estranged father, Thomas Markle. In court documents, she said the intrusion had caused her “very real sadness” and damaged relationships.

In the U.K., Harry and Meghan have divided public opinion. Harry, who was once one of the most popular royals, is now the eighth most popular, according to pollsters YouGov.

The couple’s interview with Winfrey comes just weeks after Harry and Meghan announced on Valentine’s Day that they are expecting their second child.