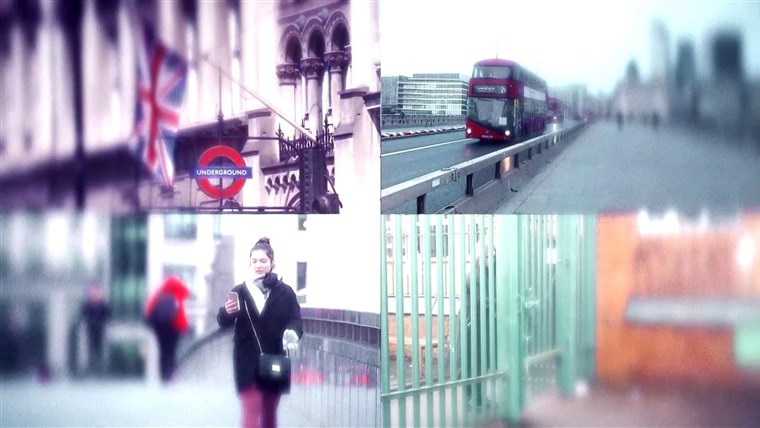 LONDON — British front-line workers who were applauded on doorsteps in the early weeks of the pandemic now confront a torrent of polarization and misinformation.

Doctors, teachers and other exhausted workers say they are feeling incredibly demoralized after reading social media posts insisting Covid-19 is a hoax or overblown. And that has had serious, real-world consequences in recent weeks, with demonstrators picketing hospitals and hurling abuse at health care staff.

Some researchers say the polarization between British people who are sucked in by these ideas and those who aren’t is becoming more extreme — and in turn more like the United States.

“In the U.K., we can look at the U.S. and take that as a warning sign of where things may be heading if we’re not careful enough,” said Sander van der Linden, a professor of social psychology in society at the University of Cambridge.

This spiraling “infodemic” — as the World Health Organization calls it — comes as the United Kingdom deals with a surge in coronavirus cases, forcing the country to enter its third national lockdown and pushing its beloved, publicly funded National Health Service close to the breaking point.

To date, the country has recorded more than 80,000 coronavirus deaths, one of the highest per capita rates in the world.

Conspiracy theories are far from new here, and Britain has grappled with coronavirus-related misinformation since the start of the pandemic. But now “the polarization has become more intense, and more like the U.S.,” van der Linden said.

American attitudes about the coronavirus have long been divided along partisan lines, with liberals more likely to support masks and lockdown measures and conservatives saying they want to prioritize the economy. A YouGov poll in May suggested that Republican voters were more likely than Democrats to believe several conspiracy theories about Covid-19.

That hasn’t always been the case in Britain, and support for masks and other lockdown measures here remains very high.

But van der Linden says that research he’s conducted in recent months suggests that British people are becoming more fiercely divided along political lines, too. For example, those who identify as left-wing are more likely to accept that vaccines are safe than those on the right.

‘Covid is a hoax’

The tenor of misinformation in Britain has traditionally been far less extreme than in the U.S.

Anti-lockdown protests hit Europe throughout last year, and in the U.K., dozens of 5G cell towers were attacked by those who believe they are somehow linked to the spread of the virus.

However, this winter has brought what feels like a sea change. A number of British hospitals reported that people had gained access to their buildings, filming corridors that happened to be empty in the hope of exposing the “hoax” that they were overrun with coronavirus patients.

On New Year’s Eve, a group of anti-vaccine campaigners gathered outside St. Thomas’ Hospital in central London and shouted “Covid is a hoax” at the doctors and nurses departing the building.

Dr. Rachel Clarke, a palliative care specialist at a hospital in Oxfordshire, says the public’s treatment of NHS workers has shifted dramatically since last year.

The first wave “was hard, but knowing the community was behind you was so wonderful for morale,” she told NBC News. “But now, the claps are long gone and instead you come home to abuse if you dare speak out about Covid-19 on social media.”

Being confronted with this torrent of misinformation is hugely dispiriting for people like Russell Sears, a high-school teacher in the English county of Norfolk, northeast of London.

Sears, 43, has considered quitting his job several times during the pandemic. Like many in his profession, he’s angry the government has not done more to protect staff, frustrated that it was slow to close schools even as the virus ripped through the country, killing tens of thousands and forcing millions more to stay at home.

One thing that’s kept him going was the newfound respect for front-line workers that the pandemic seemed to inculcate in Britain. But whereas Brits once gathered for the ritual doorstep applause for “key workers” at 8 p.m. every Thursday night, Sears says many of those clapping are now peddling fake news.

“Seeing all of it flying around led me to question: Should I just hit the eject button and leave the U.K. and go somewhere that doesn’t have these crazy conspiracy theories?” Sears, who is known as “Siv” to friends, said. “At least then, I wouldn’t feel like the attitude of other people is exposing me to risk.”

This comes at a time when Britain is buckling under one of the worst coronavirus outbreaks on the planet. The country has been hit with the double whammy of a new, fast-spreading variant of the virus and, according to critics, repeated government incompetence and hesitancy to take necessary action to stop it.

As well as reacting too slowly, Prime Minister Boris Johnson’s government has been accused of favoring the personal contacts of Cabinet ministers when awarding lucrative health care procurement contracts. In the eyes of many, Johnson is also guilty of hypocrisy, berating people to follow the rules but then failing to fire his top adviser who appeared to flagrantly break them.

This perceived mishandling has led to an “erosion of trust” that’s allowed misinformation to thrive, according to Maria Kyriakidou, a senior lecturer at Cardiff University’s School of Journalism, Media and Culture.

Regular polling by King’s College London and Ipsos Mori shows how its support has crashed over the course of the pandemic, with just 38 percent of respondents saying in November that they trusted the British government to some extent, down from 69 percent in April.

“It is this lack of trust that I’m afraid can be weaponized then by anti-vaxxers and Covid-deniers,” Kyriakidou said.

As bad as things are, Britain and Europe “are just about clinging on to the sensible center ground” when it comes to misinformation, according to Damian Tambini, a distinguished policy fellow at the London School of Economics’ department of media and communications. “There is a crisis going on — but it’s not as bad in the U.S.”

Part of the reason for this is that these places have “completely different traditions of freedom of speech,” he said.

While conspiracy theories can spread easily on social media and right-wing news sites, the fact that TV and radio in Britain are heavily regulated by the government has meant that misinformation has historically not been able to gain such an easy foothold on this side of the pond, Tambini believes.

Alice Salvini, 27, a high-school science teacher in the English county of Derbyshire, says the proliferation of these ideas added to her anxiety surrounding the virus.

“I was going into a work environment, teaching 100 kids a day and not knowing how many of the families of these kids were believing this stuff, taking absolutely no precautions and doing whatever the hell they wanted,” she said. “I’d be driving to work and I’d get to the car park and I just felt like I couldn’t get out of the car. Then I started having panic attacks in school.”

In the fall, her doctor authorized her to take a leave of absence from work on mental health grounds. And a month later, she resigned.

“It’s a very dangerous message that people are spreading, because they’re basically saying: Don’t worry about it, it doesn’t matter, go do what you want,” she said. “And that’s kind of a problem.”