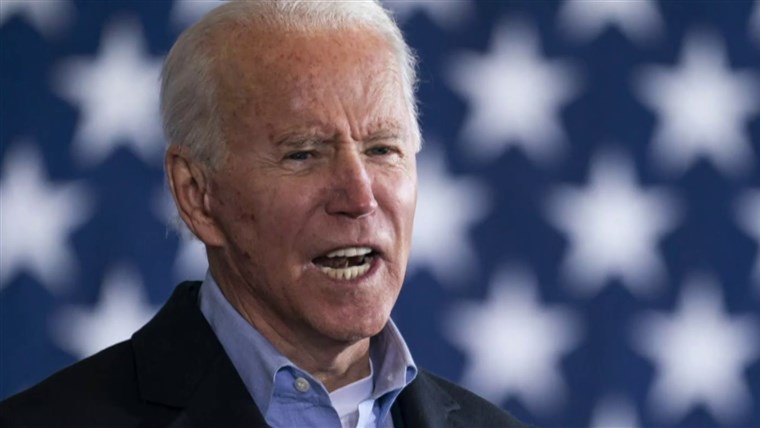 LONDON — In just 100 days, President Joe Biden has begun to transform America’s image in the eyes of the world, recasting it in a mold of diplomacy and professionalism and undoing some of the brash, unpredictable reputation built by his predecessor.

But that’s the easy part.

While Biden’s dramatic changes have been welcomed by allies and even adversaries, some foreign policy experts say his early moves have been mostly tonal or symbolic — low-hanging fruit when it comes to the real meat of foreign policy.

For an administration preoccupied with fighting domestic fires on the coronavirus and the economy, his answers to the toughest challenges abroad — climate change, vaccinating the world, countering China, the Iran nuclear deal and North Korea’s nuclear arsenal — are mostly still to come.

“Never underestimate the value of language and behavior in diplomacy and foreign policy,” former Finnish Prime Minister Alexander Stubb said. “Joe Biden is a politician of principle and values, whereas Donald Trump was a politician of transaction.”

Still, the world has not seen what Biden is really made of, according to Salvatore Babones, an associate professor at the University of Sydney.

“At this point, his foreign policy has been conducted largely at the level of platitudes,” he said. “But there hasn’t really been any engagement yet with really tough, divisive issues that are going to hit home very soon.”

Stubb, now director of the School of Transnational Governance at the European University Institute in Florence, Italy, said it would take some time to determine how successful Biden would be on the international stage.

“Biden has said all the right things, but when differences of opinion emerge the tone will change,” he said. “And, of course, I think China will be one of the key areas.”

From his first day in office, Biden wasted no time in bulldozing some of the Trumpian pillars of foreign policy that shocked and dismayed much of the world.

“America is back,” was how Biden opened his first foreign policy speech Feb. 4. “Diplomacy is back at the center of our foreign policy.”

With a few strokes of the pen, he reversed Trump’s decisions to leave the World Health Organization and the Paris Agreement on climate change. And he has since joined COVAX, a global vaccine-sharing project that Trump was the only major Western leader to reject.

Biden rescinded Trump’s travel ban on five Muslim-majority countries, and pledged to raise the cap on refugees from 15,000 to 62,500, recommitting to that target last week following Democratic uproar when the White House initially announced it would be kept at the Trump-era low.

His administration entered indirect talks with Iran to revive the nuclear deal, and ended American support for a Saudi-led offensive in Yemen that has created the world’s worst humanitarian crisis.

Biden has set a firm date of Sept. 11 to withdraw troops from Afghanistan, delaying a previous deadline for troop withdrawal agreed to by the Trump administration with the hardline Taliban militia in 2020. Ending America’s “forever wars” was a goal Trump and former President Barack Obama pursued in vain.

And earlier this month, Biden offered his unconditional backing to Ukraine when Russian forces amassed at its border. That stands in contrast to Trump, who often berated European allies and said Washington did not get enough in return for protecting them.

‘An issue with groupthink’

Some progressive observers say Biden has reverted to the habits of the Washington foreign policy establishment. He approved an almost $200 million arms deal with Egypt despite its dire human rights record. Biden declined to sanction Saudi Arabia’s powerful Crown Prince Mohammed bin Salman despite a declassified intelligence report saying he approved the killing of the journalist Jamal Khashoggi.

Some believe he should have eased sanctions on Iran even before negotiations restarted. These sanctions were imposed when Trump walked away from the nuclear deal that Iran was honoring because he said it was too lenient. These sanctions have brought suffering to the poorest Iranians.

There are also those who fear that, despite the experienced aides with whom Biden has surrounded himself, “there may be an issue with groupthink,” according to Karin von Hippel, a former nonpolitical senior adviser at the State Department under Obama.

“I think that’s a danger with this crowd in particular,” said von Hippel, director-general of the Royal United Services Institute think tank in London. “They are all quite alike, and there aren’t many people I can think of who are going to challenge the foreign policy, and push alternative views.”

Former Australian Prime Minister Kevin Rudd has a simpler test on whether Biden’s first 100 days have been a success.

“The first criteria I apply is: Has he screwed up or not?” Rudd said. “In politics, that’s no small thing domestically or internationally. And so far, I cannot see him having done so.”

Gone are Trump’s rollercoaster, norm-busting approaches to China and North Korea, in which he flattered their authoritarian leaders while launching a trade war and warlike rhetoric, respectively.

Instead, Biden has vowed to tackle China’s “advancing authoritarianism” while calling out alleged rights abuses of the ethnic Uyghur minorities in the Xinjiang region and eroding freedoms in Hong Kong, all of which Beijing denies.

But he has also vowed to work with China “when it’s in America’s interest to do so,” on subjects such as climate change and dealing with North Korea’s nuclear arsenal.

This tough talk has caused some “unhappiness” in Beijing, according to Victor Gao, a former interpreter for Chinese leader Deng Xiaoping. But overall the Chinese government “is relatively happy to see that the Biden administration has demonstrated a higher level of professionalism as well as a deeper knowledge,” said Gao, now chair professor at Soochow University in Suzhou, China.

China-watchers were impressed with the timing of Biden’s call to Chinese President Xi Jinping. It came on the eve of Chinese New Year, and therefore was seen as a “mark of civilizational respect to the Chinese people” and showed a cultural “deftness” from Biden and his team, according to Rudd, president of the Asia Society, a New York nonprofit group.

Not ‘Conan the Barbarian’

Biden has clearly won plaudits simply by not being Trump, whom Rudd likens to “Conan the Barbarian” because of his “swaggering indifference to climate change policy, contempt for the history of alliances, and his egregious sucking up to dictators.”

Trump’s relationship with Washington’s allies was so toxic and unpredictable that it was comparable to “domestic violence” on a geopolitical scale, according to Stubb, who was also a Finnish foreign minister and a career diplomat. “No one knew what they were in for.”

The call with Xi was not an isolated incident. Biden sent a video message to the African Union ahead of its annual summit this year, “which was tremendously significant,” said Tibor Nagy, who until February was assistant secretary of state for African affairs. “In Africa, symbolism matters a lot.”

The optics couldn’t be more different from that of the previous president, who once referred to countries in Africa as well as Haiti as “shithole” nations.

But explaining how you’re going to solve the world’s intractable puzzles is a lot easier than actually solving them.

If these obstacles were daunting when Biden was Obama’s vice president, they have gained a new complexity now.

America finds its global dominance challenged, and there is now far more domestic scrutiny on foreign commitments than the relative leeway in the years after the terror attacks of Sept. 11, 2001, Babones believes.

“It’s just a more complex world,” von Hippel at RUSI said. “The U.S. is not as strong as it was four years ago, and it needs to compromise more and be a different type of superpower.”