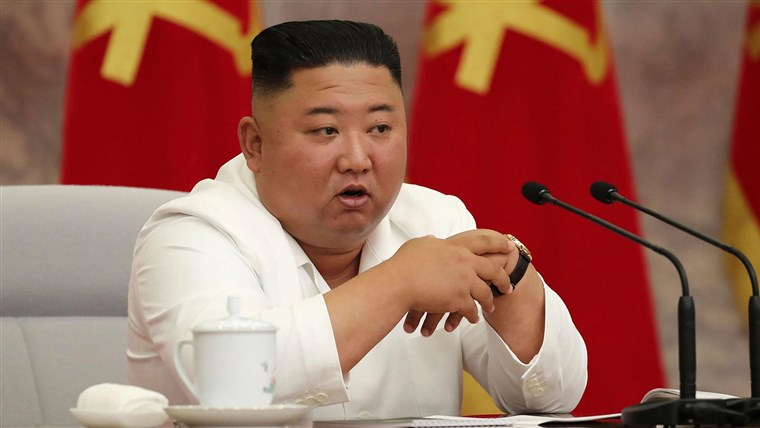 SEOUL — North Korea said on Sunday it is searching for the body a South Korean official killed by its troops, but warned that South Korean naval operations in the area threatened to raise tensions by intruding across a disputed sea border.

North Korean leader Kim Jong Un issued a rare apology on Friday for the fatal shooting of the fisheries official in North Korean waters, according to Seoul.

South Korea’s military has accused the North’s soldiers of killing the man, dousing his body in fuel and setting it on fire near the sea border.

After South Korean President Moon Jae-in convened a ministers’ meeting to discuss North Korea on Sunday, the presidential Blue House reiterated calls for Pyongyang to allow a joint investigation into the killing. It urged the restoration of military communication hotlines that the North severed earlier this year as relations soured.

North Korean state news agency KCNA called the killing an “awful case which should not have happened” but accused South Korean naval operations near in the area of crossing into North Korean waters.

“We urge the south side to immediately halt the intrusion across the military demarcation line in the west sea that may lead to escalation of tensions,” KCNA said.

A spokesman for South Korea’s Ministry of National Defense had no immediate comment on the North’s accusations.

The South has been searching only in waters south of the Northern Limit Line, a contested sea demarcation between the two Koreas that dates to the end of the 1950-53 Korean War, South Korea’s Yonhap news agency said, quoting an unnamed coast guard official.

South Korea has mobilized 39 vessels, including 16 naval ships, and six aircraft for the search, which continued on Sunday despite the North Korean complaints, Yonhap said.

North Korea was beginning its own search operation to recover the body, KCNA said.

“We also took more necessary security measures in order to make sure that no more incident spoiling the relations of trust and respect between the north and the south would happen in any case,” the report added, without elaborating.