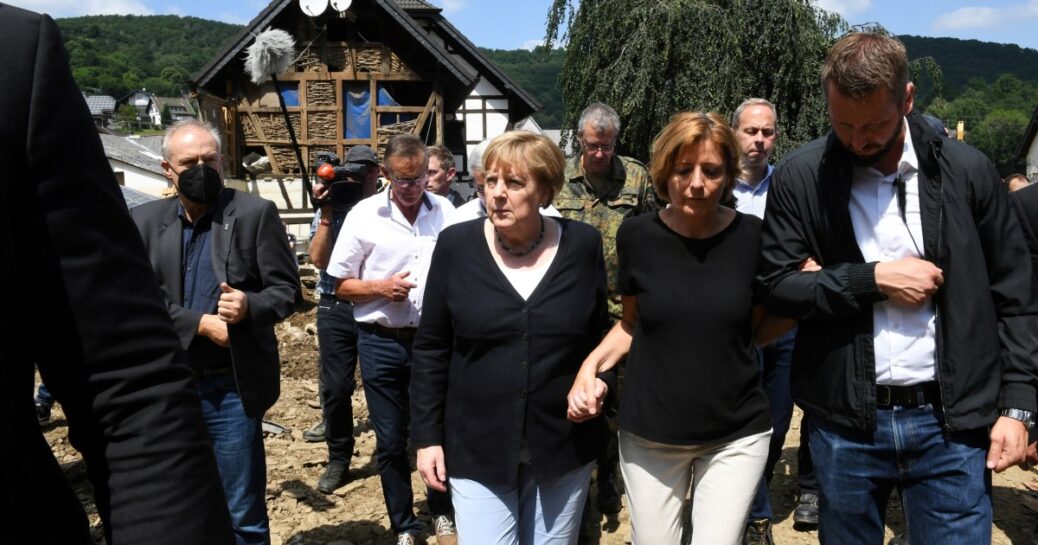 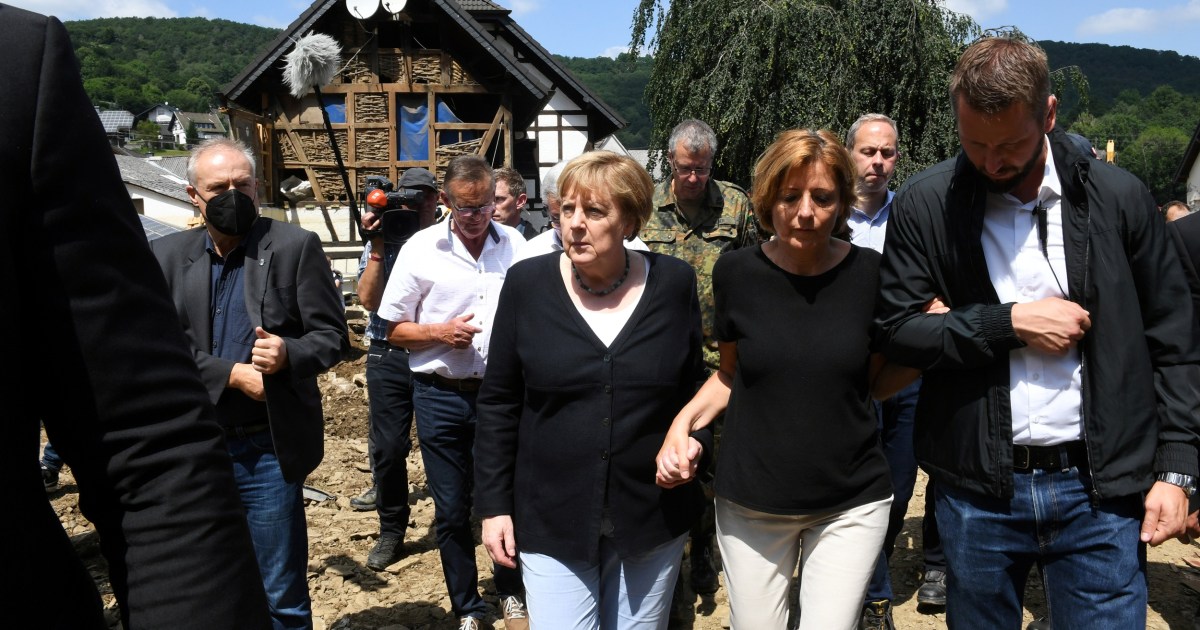 HEIMERSHEIM, Germany — The train station has been reduced to rubble, wrecked cars lie on the tracks and uprooted trees line the riverbank.

Hundreds of people in the village of Heimersheim were still without power Sunday as police combed the wreckage left by receded water to look for bodies and potentially flammable material.

There were similar scenes across western Germany and other parts of Europe where the cleanup from last week’s disastrous flooding continued. At least 180 people have died, officials confirmed Sunday; thousands more are missing.

As the waters rose from the Ahr river, Zinat Hamsoro, 41, who lives in normally tranquil Heimersheim, said she had been forced to climb and spend the night on a hill near the village.

“It happened so fast, and we weren’t warned,” she said Sunday. “The city council posted a warning message on its Facebook page, but by then it was too late.”

In the nearby village of Schuld, Germany Chancellor Angela Merkel surveyed the damage Sunday, meeting with survivors, many of whom had lost their homes, before traveling to the town of Adenau, where she held a news conference.

“The German language hardly knows any words for the devastation that has been caused here,” she said.

She said the force of the storms suggested that they had “something to do with climate change,” adding, “We have to hurry, we have to get faster in the fight against climate change.”

Finance Minister Olaf Scholz said he will propose a package of immediate aid at a Cabinet meeting Wednesday, telling the newspaper Bild am Sonntag that more than 300 million euros ($345 million) will be needed.

Germany confirmed that more than 150 people had died in the flooding. At least 27 people also died in neighboring Belgium.

Elsewhere, in his first public appearance before the faithful in St. Peter’s Square after major surgery, Pope Francis offered a prayer for the victims and for support of the “efforts of all to help those who suffered great damage”.

“I express my closeness to the populations of Germany, Belgium and Holland, hit by catastrophic flooding,” he said.

Experts have said a failure to heed warnings about the intense weather was probably responsible for the magnitude of the crisis.

Scientists have long said that climate change will lead to heavier downpours — while determining the exact role it might play in a single event is difficult, the relentless rainfalls point to the crises people will continue to grapple with around the globe.

Claudio Lavanga is Rome-based producer and correspondent for NBC News.