U.S. forces in Syria attacked after airstrikes on Iran-backed militias 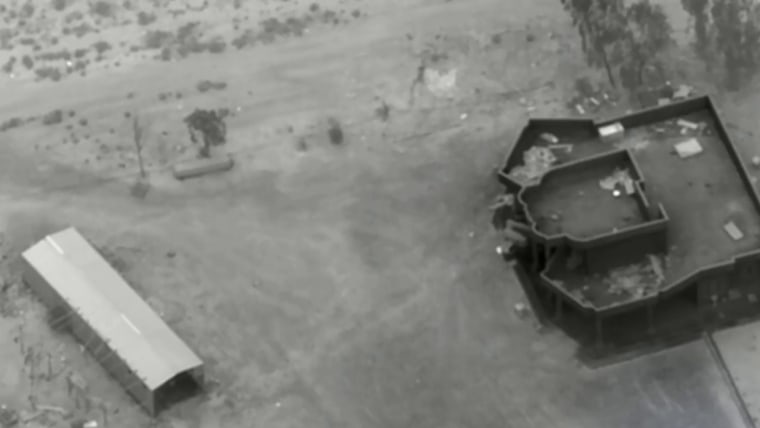 U.S. forces in Syria were attacked by rockets a day after the U.S. military carried out what a Pentagon official called “defensive” airstrikes in Iraq and Syria against Iran-backed militia groups.

Col. Wayne Marotto, the military spokesman for Operation Inherent Resolve, an international coalition fighting the Islamic State extremist group, said that at around 7:44 p.m. local time Monday (12:44 p.m. ET) U.S. forces in Syria came under rocket fire. There were no injuries and the damage was being assessed, he said on Twitter.

Marotto later tweeted that while under attack, U.S. forces in Syria responded in self-defense with artillery fire at rocket-launching positions.

But the escalation came a day after the Pentagon said the U.S. airstrikes had targeted operational and weapons storage facilities used by Iran-backed militia groups at two locations in Syria and one in Iraq on Sunday.

Secretary of State Antony Blinken said the airstrikes aimed to disrupt and deter attacks by Iran-backed groups on U.S. interests in Iraq.

“We took necessary appropriate deliberate action that is designed to limit the risk of escalation, but also to send a clear and unambiguous deterrent message,” he told reporters in Rome on Monday.

Jessica McNulty, a Pentagon spokeswoman, said the facilities targeted were used by a network of Iran-backed militia groups responsible for a series of recent attacks against facilities housing U.S. personnel in Iraq.

Pentagon press secretary John Kirby said the airstrikes had been “defensive” as they were launched in response to the attacks by the militias. Several Iran-backed militia groups, including Kata’ib Hezbollah and Kata’ib Sayyid al-Shuhada, used the facilities, Kirby added.

The 14th brigade of the Popular Mobilization Forces, a state-sanctioned umbrella group for a number of Iran-backed militias in Iraq, said four of its militiamen were killed in Sunday’s attack.

Symbolic funerals were held in Baghdad on Tuesday. Pictures released by agencies showed members of the Popular Mobilization Forces carrying mock coffins for those killed in Sunday’s airstrike along the streets of the Iraqi capital.

The mobilization forces said in a statement that those killed were working to prevent the infiltration of ISIS from Syria into Iraq and were not involved in any activity against foreign forces in Iraq. The group also denied the presence of weapons warehouses.

It said it reserved the right to respond and to hold the perpetrators of the attack accountable.

A spokesperson for the commander-in-chief of the Iraqi armed forces also condemned Sunday’s airstrike describing it as “a blatant and unacceptable” violation of Iraqi sovereignty.

“Iraq renews its refusal to be an arena for settling accounts,” the spokesperson said.

In February, President Joe Biden ordered airstrikes on buildings in Syria that the Pentagon said were used by Iranian-backed militias, in retaliation for rocket attacks on U.S. targets in neighboring Iraq.

That operation was the first known use of military force by the Biden administration.

The airstrikes Sunday come at a sensitive time for relations between Iran and the U.S., as delegations from both countries are attempting to revive the tattered 2015 nuclear deal.

Then-President Donald Trump pulled the U.S. out of the deal in 2018 and reimposed crippling sanctions on the country.

Asked Monday if he held Tehran responsible for the militia attacks on U.S. interests in Iraq, Blinken responded: “Well, a number of the groups involved in recent attacks are militia that are backed by Iran.”

Asked what actions the U.S. might take should militia attacks continue, Blinken said Sunday’s airstrikes and previous actions had demonstrated that Biden is “fully prepared” to act to protect U.S. interests, people and personnel.

Blinken announced Monday that the U.S. is providing more than $436 million in additional humanitarian assistance to Syrians and the communities that host them.

The U.S. has had a rocky history with Iran-backed militias since their proliferation in Iraq in 2008.

Before the U.S. withdrawal from Iraq in 2011, Iran-backed militias targeted U.S. convoys with improvised explosive devices. In 2014, the U.S. and militias found themselves battling a common adversary in ISIS.

Then during the Trump administration, violence flared up again between the two adversaries, culminating in the death of the top Iranian general, Qassem Soleimani, and Abu Mahdi al-Muhandis, a leader of the Iran-backed militias in Iraq, in a U.S. airstrike in January 2020.