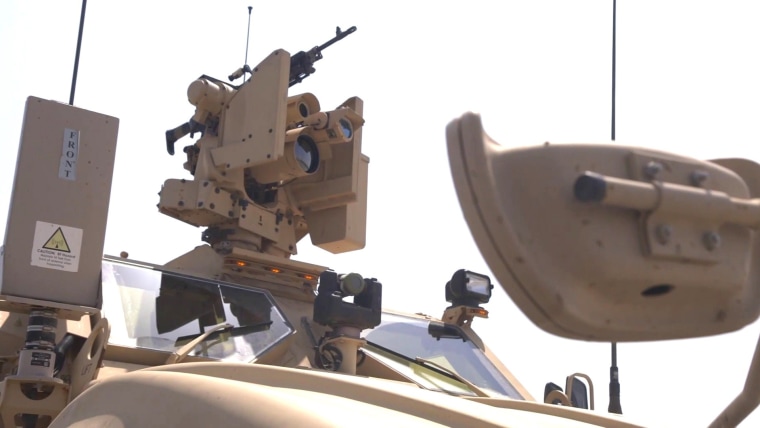 WASHINGTON — Midway through a trip to Asia in 2013, Joe Biden settled in for a marathon session in Beijing with Chinese President Xi Jinping, five-and-a-half hours of talks and dinner just steps from Tiananmen Square.

The newly minted Chinese leader warmly welcomed America’s then-vice president as “my old friend.” Biden waxed optimistic, telling Xi if they could “get this relationship right,” the possibilities were “limitless.”

A top aide later told reporters traveling with Biden they’d been “taken aback” by “the comfort that they have with one another, their willingness to really talk about the issues in a way that was personal, anecdotal, sort of building on each other’s analysis.” This was no rote exchange of prefabricated talking points, the aide insisted.

“I know that we often come back and tell you that,” the aide said with a laugh. “But I promise you, this time it’s true.”

Eight years, two U.S. presidential elections and one global pandemic later, Biden and Xi meet virtually on Monday for perhaps their most consequential summit to date — one that comes as both leaders face complicated political situations at home and an escalating rivalry between superpowers that’s drawing comparisons to a new Cold War.

Whether the two leaders can defuse tensions during their first meeting since Biden became president will help answer a defining question of this decade: Can the U.S. and China vigorously compete without slipping into runaway conflict — economically, militarily or both?

“I think both sides have low expectations, and that’s appropriate,” said Anja Manuel, director of the Aspen Security Forum and a former State Department official. “What we’re going for here is not a total turnaround and suddenly becoming close friends. What we’re going for here is managing our differences and ensuring signals aren’t misread and there isn’t an accidental conflict.”

During the summit, Biden intends to bring up areas where U.S. and Chinese interests converge — such as climate change — while emphasizing to Xi that the U.S. expects him “to play by the rules of the road,” a senior Biden administration official said.

“We believe intense competition requires intense diplomacy,” the official said. “This is not about seeking specific deliverables or outcomes. This is about setting the terms of an effective competition where we are in the position to defend our values and interests and those of our allies and partners.”

Biden and Xi first met a decade ago, when both men served as vice president of their respective nations. Biden — who has long argued that even with foreign policy, all politics is personal — included more intimate face-to-face sessions during that first formal visit with his then-counterpart as part of an effort to not just ensure a smooth transition in the increasingly complicated and evolving bilateral relationship, but help him get the better measure of a man who was poised to assume the Chinese presidency within two years.

After a bilateral meeting and banquet dinner in Beijing, the two men jetted west to the Sichuan province for more informal sessions, sitting together for a private tea and mingling informally during a visit to a centuries-old irrigation project still supplying water to the region. Biden shot hoops alongside Xi as they visited a local high school, and later spoke to a class studying English.

“We both believe that our progress has to continue,” Biden told the class. “We welcome a rising China, not only for you, but for our own self-interest.”

Discussing his first impressions of Xi as he left China a decade ago, Biden said that “his highest priority is not to have any surprises in the relationship.”

The election of Donald Trump as president in 2016 was one such surprise now shaping the dynamic between the two countries. But Biden has also closely tracked Xi’s attempts to consolidate power, and has recalibrated his approach to China accordingly.

Xi comes to Monday’s summit buoyed by an historic resolution adopted last week by the Chinese Communist Party elevating him to the level of that nation’s legendary revolutionary statesmen, Mao Zedong and Deng Xiaoping.

On its face, the move appears to pave a path for Xi to rule for an unprecedented third term and perhaps even longer, while Biden is certain to face uncertain re-election prospects if he runs again in 2024. And Beijing has been flexing its muscles on the world stage, including through a military buildup that has alarmed U.S. security officials and increased air missions near disputed Taiwan.

Yet China experts have questioned whether Xi’s hold on power within China’s notoriously opaque political system is truly as solid as he projects. Xi hasn’t left his country in nearly two years, a fact that’s been much-noticed outside China and left Monday’s summit with Biden an all-virtual meeting.

Biden heads into the summit with his hand weakened by political troubles at home, with Americans skeptical about his leadership and even more downbeat about the U.S. economy. Still, in his first 11 months, Biden has managed to restore some global credibility the U.S. lost under Trump while shoring up an overlapping web of alliances aimed at constraining China’s international influence. Biden repeatedly noted China’s absence from a pair of major international summits that he’d attended in Italy and Scotland this month.

In Rome, he announced the easing of trade restrictions Trump put in place on the European Union. On Friday, as part of another multilateral summit with major Asian economies, the U.S. announced a similar move on Japan, a treaty ally and rival of Beijing. Both of those steps are designed in part to strengthen Washington’s hand by making the U.S. less reliant on Chinese imports.

As if to drive home the point that the U.S. has sharpened its competitive edge, just hours before he meets with Xi, Biden was set to sign into law his $1.2 trillion infrastructure bill, a hard-fought bipartisan compromise that could help the U.S. catch up with China’s enormous investments in its own highways, ports and railways.

It is Xi’s efforts to concentrate power that White House officials say makes Biden’s ability to leverage the personal rapport that began a decade ago so vital. A White House official said Sunday that an extended phone call between the two leaders in September was central to breaking a logjam between the respective leaders’ subordinates on a range of issues.

But ultimately, the official added, direct engagement is less about seeking to change Chinese policy than the world it inhabits.

“Rather, we’re trying to shape the international environment in a way that is favorable to us and our allies and partners,” the official said. “All of this really makes it all the more important to have the leaders sit down face to face and have a real discussion about the nature of the relationship, our terms and expectations for it, how to conduct the competition in a way that is competitive but doesn’t lead to conflict.”

In recent years, deep concern about the threat from China and support for a tough U.S. stance have become a rare point of agreement between Democrats and Republicans. Ironically, that growing consensus may actually make it harder for Biden to get much done with Xi, China scholars said, leaving Biden with less room to maneuver without risking political backlash or claims he’s making concessions to an adversary.

“If the Biden administration feels vulnerable, you really can’t come back with, ‘we made a deal with the Chinese.’ That’s just such an obvious target you’re painting on yourself,” said Derek Scissors, a former Defense Department official who studies China at the American Enterprise Institute. “If people think he’s weak, I don’t see how he can announce anything that relies on us trusting China.”

Jake Sullivan, Biden’s national security adviser, said in a speech last week that talk of a new Cold War was misplaced, arguing that the U.S. and China have “the choice not to do that” and should instead pursue what Biden has called “stiff competition.”

It was a realpolitik distillation of a point Biden himself had made a decade earlier when, after a 21-hour journey from Washington to Beijing in 2011, the vice president made an unexpected pit stop to watch Georgetown University’s men’s basketball team in an exhibition game against a professional Chinese team.