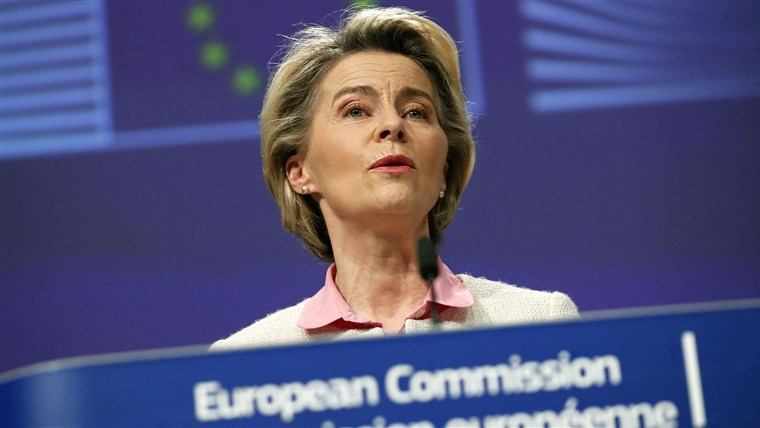 LONDON — The United Kingdom has finally completed its economic separation from the European Union, embarking on a new era of greater freedom but heightened isolation from its continental neighbors.

While Brexit was officially completed in January 2020, Thursday marked the end of a transition period in which the U.K. followed all the E.U.’s rule and regulations.

As London’s Big Ben struck 11 p.m. — midnight Brussels time — the final result of the Brexit process came to pass, to the delight of those who backed Brexit and the dismay of those who continue to fear its consequences.

Prime Minister Boris Johnson, who campaigned for the U.K. to leave the E.U., called the new year “an amazing moment for this country.”

“We have our freedom in our hands, and it is up to us to make the most of it,” he said in a New Year’s video message.

The E.U. is a political and economic club of 27 nations, bound together by shared free trade rules, laws and values. The bloc was partly born from a desire to never repeat the violence of the Second World War.

On June 23, 2016, the British people voted to leave the bloc by 52 to 48 percent. Four years of national drama ensued, as the vote exposed deep divisions across the country that shocked many and are proving difficult to heal.

During last year’s transition period, the U.K. kept the same rules as the remaining 27 countries while it tried to negotiate a post-Brexit trade deal with the E.U. After months of what appeared to be deadlocked negotiations, the two sides announced a breakthrough deal last week just days before Thursday’s deadline.

The new trade agreement ditches most of the shared rules and regulations but keeps free trade moving between the U.K. and the E.U. It also maintains some cooperation on areas such as security, aviation and science.

But companies face new costs and paperwork, including customs declarations and border checks, and will have to digest the new rules imposed by the trade deal.

Like this year’s New Year festivities, celebrations or gatherings to mourn the moment were muted as coronavirus restrictions meant most people stayed at home.

For some, Thursday will be remembered as the day the U.K. finally threw off the shackles of the Brussels-based bloc. For others, it will be mourned as the day Britain cut itself adrift, a leap into the unknown during a turbulent era as the world battles to control the coronavirus pandemic.

But last month’s post-Brexit deal and Thursday’s final deadline could mean some Britons begin to move on. Whereas some are already campaigning to re-join.