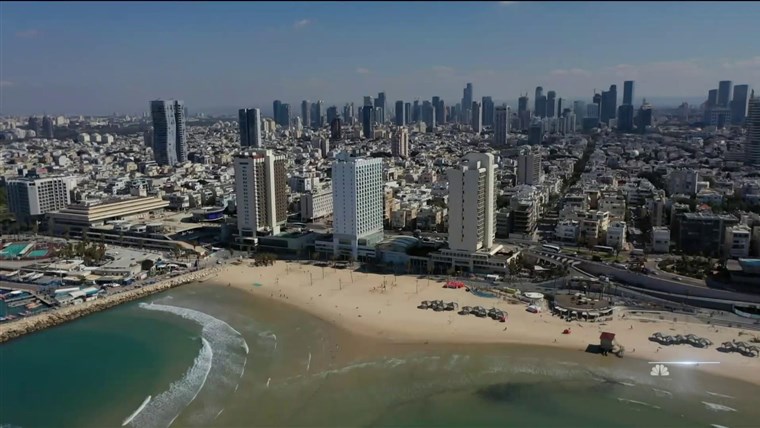 Prime Minister Benjamin Netanyahu made his close relationship with Trump — who was widely popular in Israel — a centerpiece of his campaigns. His Likud party hung a 15-story poster on Tel Aviv’s busiest highway showing the two leaders grinning and shaking hands.

Trump, who appeared to relish his political clout in the country, was widely seen as trying to swing the polls in Netanyahu’s favor. Shortly before the March 2019 election, Trump invited Netanyahu to the White House, guaranteeing him days of media coverage.

As weary Israeli voters head to the polls for a fourth time in two years Tuesday, Netanyahu can no longer rely on a helping hand from the White House.

President Joe Biden is staying out of the Israeli election after having left Netanyahu waiting for weeks to even receive a phone call. The silence lasted so long that White House press secretary Jen Psaki clarified that it was not “an intentional dis” of Netanyahu.

Polls show Netanyahu’s party will almost certainly win the most votes and seats in Tuesday’s election. It is not clear, however, whether he will be able to form a majority coalition in Parliament along with his right-wing allies. He is also projected to win fewer seats than he did in last year’s vote.

Netanyahu’s supporters say Trump’s absence is not hurting their chances. They point to Netanyahu’s success leading what has been depicted as Israel’s world-beating vaccine rollout and his role in normalizing relations with several Arab states as reason enough for him to win re-election.

“While we will or will not have support from American presidents, I don’t think that’s the biggest factor in the decision process of the Israeli public,” said Nir Barkat, a member of Parliament for Netanyahu’s party. “They will choose the best Israeli prime minister regardless of who is president of the United States.”

The change in U.S. administrations offers a new line of attack for Netanyahu’s political rivals. Netanyahu’s close ties with Trump were a political calling card in past elections; his rocky relations with Democrats are a millstone that his opponents are trying to hang around his neck in this one.

“We have very unhappy Democrats with long memories,” said Yair Lapid, Israel’s centrist opposition leader, adding that Netanyahu “affiliated Israel not even with the Republicans but with a certain stream within the Republican Party.”

While Trump managed to keep a nearly iron grip over the Republican Party, a faction of Netanyahu’s Likud has broken away and is challenging him at the ballot box this year.

The New Hope party’s charges against Netanyahu are similar to the complaints Never Trump Republicans made against Trump — that he has turned his party into a personality cult and is mired in corruption.

Netanyahu was indicted last year on accusations of fraud, breach of trust and acceptance of bribes in three separate cases. He stands accused of having accepted lavish gifts from wealthy friends and having offered to grant favors to powerful media moguls in exchange for favorable coverage of him and his family. He denies the allegations, and the trial continues.

Sharren Haskel was a member of Parliament for Likud but joined the breakaway New Hope party last year. New Hope shares many of Likud’s right-wing positions but says it offers “statesmanship” instead of Netanyahu’s populism.

“The best days of Netanyahu are behind him, and the best days of Israel are ahead of it,” Haskel said. “For the past year we’ve seen red lines that were crossed. We’re in a health crisis and an economic crisis, and the decision-making was made not professionally but on a political basis. Those red lines signaled to me and to more members in the Likud that there’s need of a change in leadership.”

Israel’s complex parliamentary system means Netanyahu is likely to be replaced as prime minister only if an unwieldy coalition of parties from the left, the center and the right can agree to bury their differences and unite against him to form a coalition government.

Regardless of the composition of Israel’s next government, the Biden administration has indicated that it has limited ambitions for restarting Israeli-Palestinian peace talks.

“Realistically, it’s hard to see near-term prospects for moving forward on that,” Antony Blinken said during his Senate confirmation hearing to be secretary of state.

There is also a broad consensus among Israeli political parties in opposition to one of Biden’s top Middle East policy priorities: returning to the Iran nuclear deal, which the Obama administration negotiated and the Trump administration abandoned.

Israeli leaders across the political spectrum believe the deal is not tough enough on Iran. Their main disagreement is over how best to make the case to the White House to stay out of the agreement or to at least strengthen it.

As he heads into Election Day, Netanyahu may no longer be touting his ties to the U.S. president. But he argues that he is the only candidate with the experience to pilot Israel through the dangerous skies of the Middle East.

“I know how to fly this plane,” he said. “The other guys, they don’t have a flight license.”