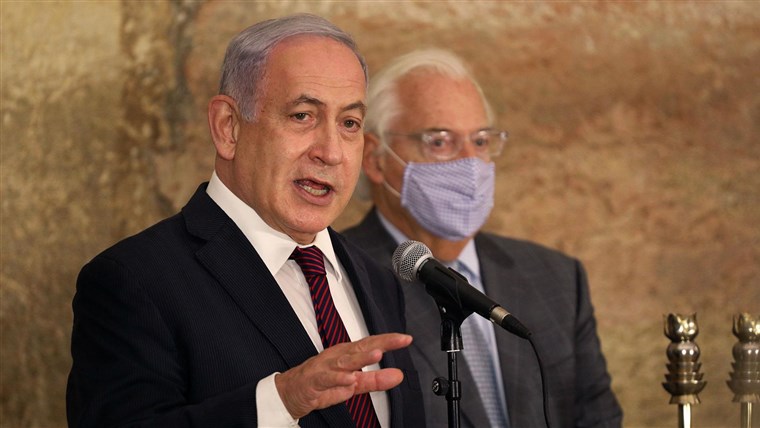 TEL AVIV — Morocco has become the fourth predominantly Muslim country to normalize relations with Israel in a U.S.-brokered deal.

Hailing it as “historic,” President Donald Trump tweeted that the deal, which came after talks conducted by his senior adviser and son-in-law Jared Kushner, and his chief international negotiator, Avi Berkowitz, was “a massive breakthrough for peace in the Middle East.”

The U.S. will also recognize Morocco’s claim over the disputed Western Sahara region, Trump wrote in a separate tweet.

Morocco’s King Mohammed VI agreed in a conversation with Trump that the north African nation would resume diplomatic relations with Israel “and expand economic and cultural cooperation to advance regional stability,” the White House told The Associated Press.

“We will act as quickly as possible to establish full diplomatic peace relations,” he said in a televised address from Jerusalem’s Western Wall where he lit a candle to mark the Jewish holiday of Hanukkah.

However, the deal was condemned by Bassam as-Salhi, a member of the Palestine Liberation Organization’s Executive Committee, who told Reuters that it was “unacceptable and increases Israel’s belligerence and its denial of the Palestinian people’s rights.”

However, the Moroccan king told Palestinian President Mahmoud Abbas in a phone call that he stood by a two-state solution to the Israeli-Palestinian conflict, a statement from his royal court said Thursday.

Morocco has centuries of Jewish history and established low-level diplomatic relations during the 1990s following Israel’s interim peace accords with the Palestinians. But those ties were suspended after the outbreak of the second Palestinian uprising in 2000, although informal arrangements have remained in place.

Now, it has become the fourth country in four months to normalize relations with Israel following the United Arab Emirates, Bahrain and Sudan. Administration officials have also been trying to bring Saudi Arabia into the grouping.

Trump also tweeted that he had “signed a proclamation recognizing Moroccan sovereignty over the Western Sahara.”

The territory has been at the center of a long-running dispute after Spain withdrew from its former colony of Spanish Sahara in 1976, according to the CIA World Factbook.

Morocco annexed the northern two-thirds of Western Sahara and claimed the rest of the territory in 1979, but since then it has been wrangling with the indigenous Saharawi people who have long called for a referendum on self-determination.

A guerrilla war led by the Polisario Front contesting the region’s sovereignty ended in a 1991 cease-fire and the establishment of a United Nations peacekeeping operation, according to the CIA World Factbook.

Without elaborating, Trump tweeted that Morocco had offered a “serious, credible and realistic autonomy proposal,” which he claimed was the only basis “for a just and lasting solution for enduring peace and prosperity.”

Oubi Bchraya, a representative of the Polisario Front, called the U.S. decision “strange but not surprising,” while vowing the group would continue its struggle.

“This will not change an inch of the reality of the conflict and the right of the people of Western Sahara to self-determination,” Bchraya told Reuters.