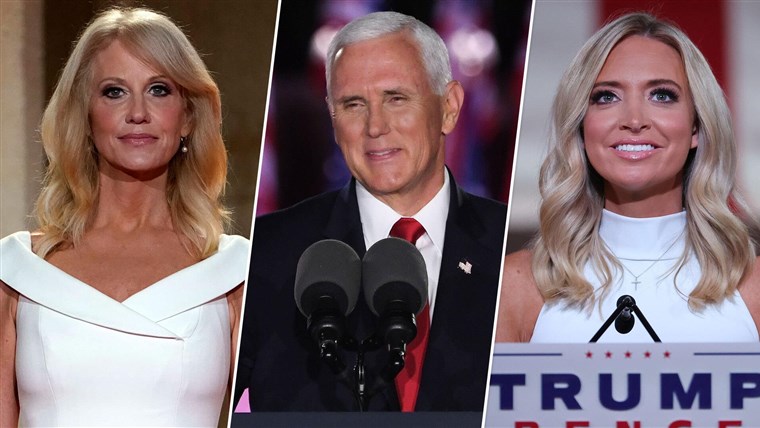 Beijing officials lashed out at Washington on Thursday after Defense Secretary Mark Esper criticized China and a Chinese dissident featured prominently at the Republican National Convention.

Senior Col. Wu Qian, a spokesman at China’s Defense Ministry, blamed recent worsening tensions between the world’s two largest economies on the U.S. and pledged not to back down.

“The U.S. has continued to provoke and sow troubles,” he told reporters during a briefing on Thursday. “The Chinese military will not dance to the tune of the U.S.”

His comments follow China’s launch of medium-range ballistic missiles into the South China Sea on Wednesday, 24 hours after it said a U-2 spy plane was sent into a no-fly zone over Chinese live-fire military drills.

The Pentagon said the U-2 flight conducted in the Indo-Pacific region was “within the accepted international rules and regulations governing aircraft flights,” according to Reuters.

In a thinly-veiled swipe at Beijing on Wednesday, Defense Secretary Esper speaking in Hawaii, said America “won’t cede an inch” to other countries.

Esper said Beijing was seeking to project its power globally and had not lived up to promises to abide by international laws. China dismissed his claims as “groundless,” saying the U.S. had withdrawn from international treaties and organizations harming global stability.

“China has always been the defender of international relations norms,” foreign ministry spokesman Zhao Lijian said at a daily press briefing. “On the other hand, the United States has used international law if it is in conformity and discarded if it is not.”

Relations between the two powers have seriously deteriorated amid disputes over trade, Hong Kong human rights, Beijing’s handling of the coronavirus pandemic, transparency of Chinese tech firms and other issues.

One key area of dispute is the energy-rich South China Sea, where Beijing has made expansive territorial claims.

China denies it is militarizing the area, where about $3 trillion of trade passes each year, and says it has historical and sovereign claims to the waterway.

In July, Washington deemed most of Beijing’s claims in the South China Sea unlawful and has angered China by passing warships through the area, to assert its freedom of access to international waterways.

China has also called Wednesday’s decision by the U.S. to impose sanctions on 24 Chinese companies involved in construction in the South China Sea unjust.

“China’s relevant construction on its own territory is entirely within the scope of sovereignty and has nothing to do with militarization,” foreign ministry spokesman Zhao said at a daily press briefing.

Adding, that China would take “corresponding measures” to safeguard its rights but did not outline details.

Meanwhile at the Republican National Convention on Wednesday, a blind Chinese dissident whose escape to the U.S. was facilitated by the administration of former President Barack Obama, called on countries to support President Donald Trump in a coalition to “stop China’s aggression.”

Chen Guangcheng became a vocal human rights activist after he said he was imprisoned for exposing forced abortions under China’s one-child policy. His 2012 flight to the U.S. Embassy in Beijing sparked a six-day diplomatic-tussle between the U.S. and China.

“Standing up to fight unfairness is not easy. I know. So does President Trump,” Chen said. “He has shown the courage to wage that fight.”

Chinese officials did not respond to Chen’s remarks.

China is set to feature heavily in the run up to the Nov. 3 election, in which both President Trump and rival Joe Biden have been sharply critical of Beijing.

Dawn Liu is a researcher for NBC News based in Beijing.