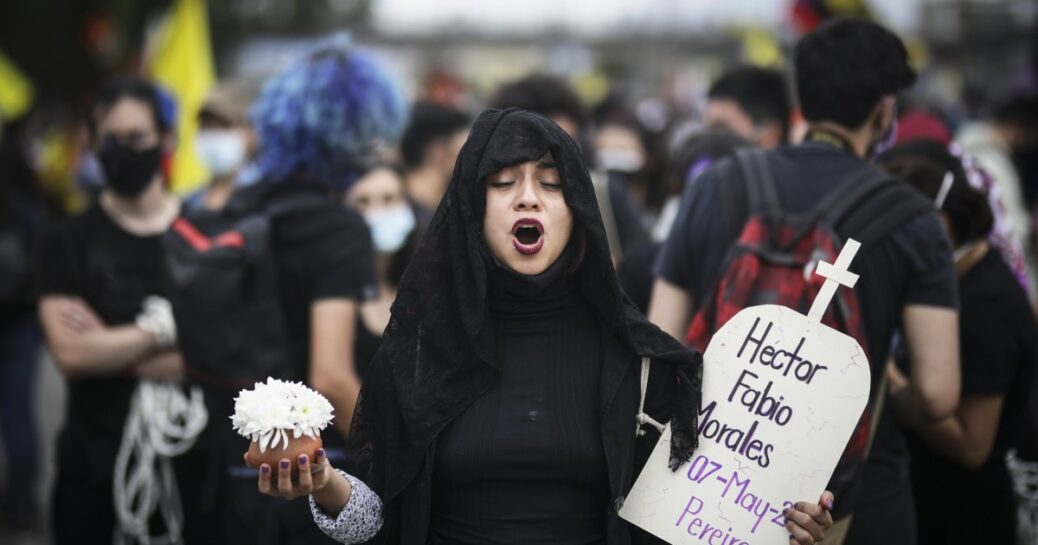 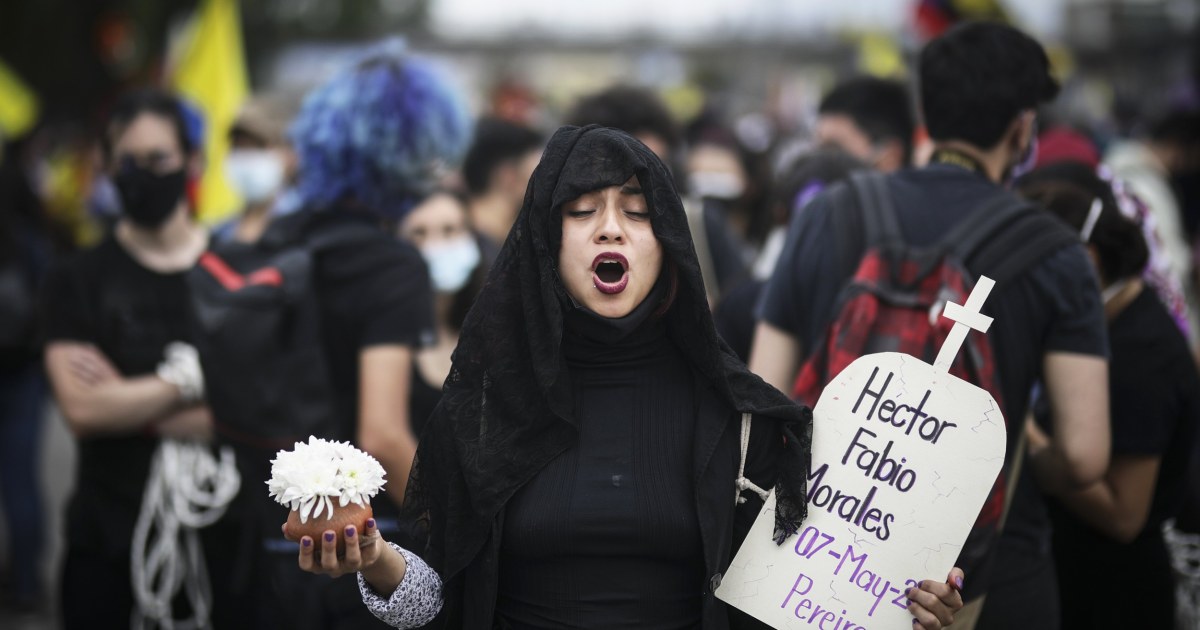 BUCARAMANGA, Colombia — Thousands of young people and college students have been at the forefront of Colombia’s antigovernment protests for more than two weeks, armed with improvised shields made from garbage cans and umbrellas.

They have taken the brunt of the tear gas and gunshots from security forces, and dozens have paid for it with their lives.

The young men and women have become the voices for Colombians fed up with a government they say has mismanaged the coronavirus pandemic and crushed hopes of a better future.

“To a large extent, we found that there was no fear of death. Sometimes it is the only thing that remains when the system is starving us and there are no opportunities,” said Yonny Rojas, a 36-year-old law student who also runs soup kitchens in one of the poorest areas of Cali, the city where the government response has been especially violent.

The students didn’t begin the demonstrations, which erupted on April 28 when unions called people into the streets after President Iván Duque’s government tried to raise taxes on public services, fuel, wages and pensions, effectively squeezing the middle class. That protest drew tens of thousands of people across the South American nation.

The administration withdrew the proposal four days later, but it was not enough to quell the discontent that had simmered during the pandemic. Anger grew with reports of police brutality, deaths and disappearances of protesters.

Despite more than a half century of nearly constant civil conflict between the government and leftist rebels, Colombia is among the wealthier nations in the region, with one of the highest levels of university education in Latin America.

But it is plagued by profound inequality and violence, by powerful drug trafficking organizations and paramilitary groups blamed for displacing hundreds of thousands of people from their lands, and by murders of social and labor activists at a scale unseen elsewhere in the hemisphere.

Hopes that a 2016 peace deal with the largest rebel group would lead to a flowering of opportunities had been frustrated even before the pandemic hit.

Duque tried to calm the protests by meeting with young demonstrators in Cali and Bogota, the capital, promising subsidies for low-income students at public universities. But student leaders rejected the offer, complaining it would not apply to all students and repeated a pledge that was only partly fulfilled following 2019 protests.

The protests continued this weekend.

Human rights groups, including the U.N.’s rights body, have accused government security forces — long accustomed to confronting suspected guerrillas and drug gangs — of excessive use of force against protesters.

The government said it has confirmed only 14 deaths directly tied to the protests, but Human Rights Watch said it has received “credible” reports of 48 deaths — most between the ages of 13 to 34.

The government accuses protesters of vandalizing properties, looting and setting up roadblocks that have caused food shortages, prevented vaccine deliveries and blocked ambulances. Officials have also accused the protesters of trying to burn alive 10 police officers in Bogota.

The Ministry of Defense has reported the arrests of nearly 700 people as well as the seizure of 520 firearms and 14,000 sharp weapons.

Paloma Valencia, a pro-Duque senator, equated the roadblocks to “kidnappings of Colombian society with a social protest.”

“We understand that our constitutional obligation is also to protect those who participate in the protests, in the mobilizations, if they are peaceful, but it is also to combat the vandalism and the violence when it emerges, and avoid that they affect the rights of others,” Defense Minister Diego Molano told reporters last week.

Young people were also heavily involved in protests in 2018 and 2019 against other proposed government reforms. But the anger has spread throughout the nation as people lost jobs, friends and relatives to a pandemic that has claimed at least 80,250 lives across the country. Many have given up hopes of being able to afford to return to colleges when they reopen.

“Thousands of young people have taken the streets across Colombia because they feel they have no future. They see government institutions as distant entities that are not willing to listen to them,” José Miguel Vivanco, Human Rights Watch’s director for the Americas, said in a statement. “While some of them have engaged in violence, police officers have arbitrarily dispersed peaceful protests and responded with excessive, often brutal, force to violent protesters.”

Colombia’s security forces have spent decades fighting rebels — and have been often accused of cooperation with right-wing paramilitaries and of killing innocent civilians to boost “rebel” body counts.

“Struggles to make Colombia more democratic and equitable are often met with murderous force, whether by government forces, particularly the police in 2021, and in 2019, or sometimes what they called paramilitary forces that are kind of loosely allied in shadowy ways with usually the armed forces, or the police or both,” said Forrest Hylton, a professor of history and politics at the Universidad Nacional de Colombia-Medellín. “So anybody who stands up for their rights in Colombia is often risking his or her life.”

The government also has alleged that rebel factions that rejected the 2016 peace deal, along with drug traffickers, have infiltrated the protests.

“The situation in Cali is so sad that today, unfortunately, young people in less favored communities are more likely to be linked to a criminal gang than to a cultural group,” said Andrés Felipe González, a 29-year-old communications student and community leader in an impoverished neighborhood in Cali. “Colombia is in a very precarious situation and in all social classes.”