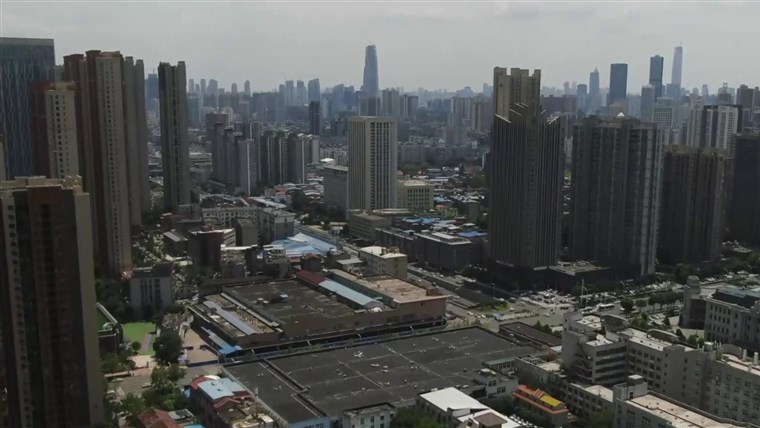 BEIJING — A Chinese court sentenced a citizen journalist who reported from Wuhan, the city in which the Covid-19 pandemic is believed to have started, to four years in jail, her lawyer has confirmed.

Zhang Zhan, 37, was one of several citizen journalists whose firsthand accounts from when the virus first emerged nearly a year ago painted a more dire picture of the early outbreak than the government’s official narrative.

Zhang, a former lawyer, arrived in Wuhan in early February from her home in Shanghai to document in a series of online posts how the city was holding up against the new, deadly virus. Some of her posts were critical of the Chinese government’s response.

Zhang was detained in May and accused of spreading false information, giving interviews to foreign media, disrupting social order and attacking the government.

On Monday, she was convicted on charges of “picking quarrels and provoking trouble,” Zhang’s lawyer, Zhang Keke, who is not related to the citizen journalist, told NBC News on Monday. Zhang did not speak or show any reaction to the court decision, her lawyer said, adding that she did not answer when asked if she wanted to appeal her sentence.

Before the sentencing hearing, Zhang said his client went “on long-term hunger strike” in detention and was being force-fed.

He said Zhang suffered from dizziness and headaches, and was “physically fragile.”

“When I met her days ago, her hands were tied to the waist and a nasogastric tube was inserted in her nose,” he said, adding that his client has not pleaded guilty.

“She has a strong will,” Zhang said.

Human rights organization Amnesty International also sounded the alarm about Zhang’s health and “risk of further torture and other ill-treatment” earlier this month.

The United Nations human rights office said in a tweet Monday it was “deeply concerned” by Zhang’s sentence, adding that it will continue calling for her release after raising her case with the authorities as an example of “excessive clampdown on freedom of expression linked to Covid-19.”

China has been accused of covering up the initial outbreak and delaying its response, allowing the virus to spread globally. Beijing has denied all accusations, saying it acted swiftly to stop the virus, which has now claimed nearly 1.8 million lives around the world.

Criticism of China’s early handling of the crisis has been heavily censored inside the country with whistleblowers silenced and state media hailing China’s success in containing the virus. The country’s health officials say they have only recorded 86,976 cases since the pandemic started, while there are more than 80 million cases worldwide.

In the early days of the outbreak, authorities reprimanded several Wuhan doctors for rumor-mongering after they tried to alert the public about the new virus. The best known of the them, Li Wenliang, later died of Covid-19 and became a national hero.

Several other citizen journalists who reported out of Wuhan during the early pandemic also appear to have been targeted.

Fang Bin, who shared videos from Wuhan’s hospitals on YouTube, has been missing since February. Chen Qiushi, who disappeared in February after making a series of social media posts about the outbreak in the city, is under close surveillance and has not spoken publicly, South China Morning Post reported. Another citizen journalist who reported from Wuhan, Li Zehua, re-emerged in a YouTube video in April after going missing for almost two months to say he was forcibly quarantined.

Reuters and Associated Press contributed to this report.