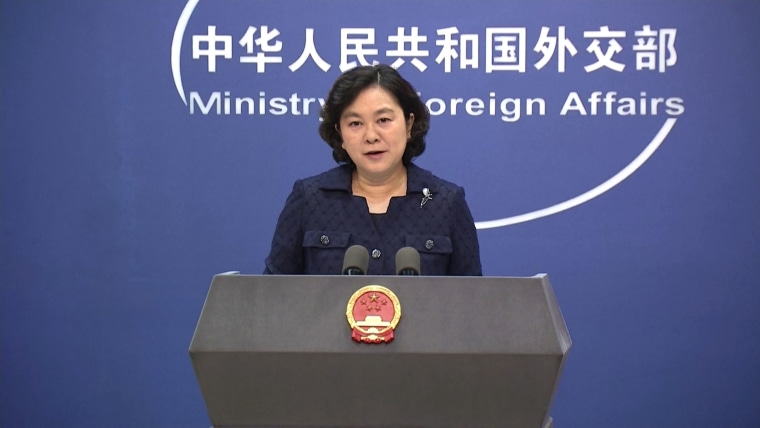 China angrily denounced House Speaker Nancy Pelosi‘s visit to Taiwan as a “serious violation” Tuesday and said it would launch a series of military exercises around the self-governing island in response.

China’s military “is on high alert and will launch a series of targeted military actions as countermeasures” in order to “resolutely defend national sovereignty and territorial integrity,” the Ministry of Defense said in a statement posted on its website minutes after Pelosi’s plane landed in Taipei.

Drills would include long-range live firing in the Taiwan Strait that separates the two sides and missile tests off Taiwan’s east coast, officials said.

Beijing had issued weeks of warnings against the visit, and said Pelosi’s arrival in Taipei “seriously infringes upon China’s sovereignty and territorial integrity.”

“These moves, like playing with fire, are extremely dangerous. Those who play with fire will perish by it,” the Foreign Ministry said in a statement that echoed the chorus of warnings issued in advance of her arrival.

The Global Times, a state-controlled newspaper, reported that the Chinese military would also “conduct important military exercises and training activities including live-fire drills in six regions surrounding the Taiwan island from Thursday to Sunday.”

Pelosi’s visit could have grave consequences. The Chinese side will not sit idly by, Xie told Burns, according to the state media report.

Beijing said it had lodged a “strong protest” with the U.S. over Pelosi’s visit, which makes her the highest-ranking American official to visit Taiwan in 25 years.

There are worries in Washington that already strained U.S.-China relations would worsen over Pelosi’s controversial trip to Taiwan, which China sees as its territory.

China’s rhetoric has fueled concerns of a new crisis in the 100-mile Taiwan Strait as Washington and its allies respond to Russia’s invasion of Ukraine.

China has said Pelosi’s visit represents a serious violation of the “One China principle,” which is Beijing’s claim to be the sole government of both mainland China and Taiwan.

Washington has long abided by the principle, pursuing a policy that means it does not have official diplomatic relations with Taiwan, but does maintain an unofficial embassy on the island.

Max Burman is deputy editor in the London bureau of NBC News Digital.