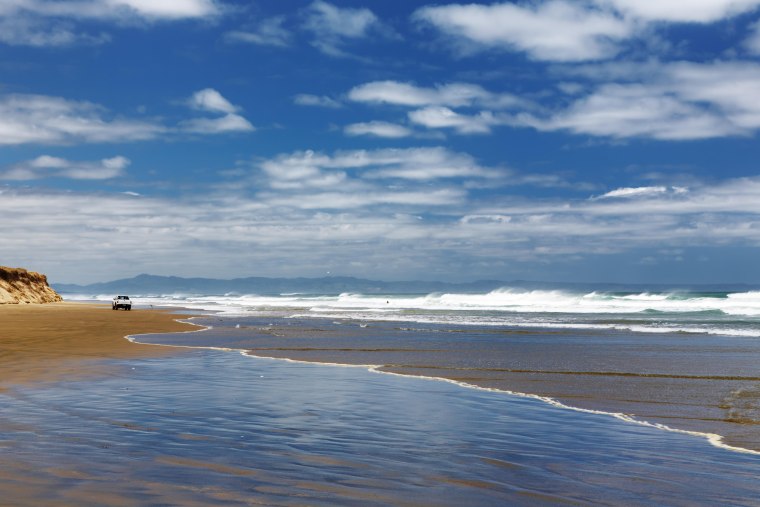 Little blue penguins — a flightless bird native to New Zealand and the world’s smallest penguin species — have been washing up dead on the country’s beaches, in what experts say are more frequent mass die-offs amid changing climate patterns.

Hundreds of lifeless birds have been found in northern New Zealand since early May, though the exact number is difficult to determine and reports are still coming in, said Graeme Taylor, principal science adviser at the New Zealand Department of Conservation.

The penguins, also known as korora, were tested for diseases and biotoxins, but appeared to have died from starvation, Taylor said.

“All the birds were at least half the normal weight, they had no fat on them at all and their muscle tissue had wasted away.”

It is not unusual for seabirds to die off in large numbers because of severe weather, conservationists say. But mass deaths among little blue penguins, which used to take place about once a decade, have now happened three times in six years, Taylor said.

Experts in New Zealand, where the little blue penguin is considered “at risk,” expected a mortality event this summer due to La Niña, a climate pattern that affects weather around the world and typically occurs every three to five years.

The ongoing event is favored to continue through the end of the year, according to forecasters at the National Oceanic and Atmospheric Administration. This puts it on track to be the third consecutive fall and winter season with La Niña conditions, a rare occurrence.

La Niña has combined with a marine heat wave to create a “double whammy” for the penguins, raising sea temperatures which in turn makes it more difficult for them to find the small fish they feed on, Taylor said. The fish may have moved south or descended to colder waters below the penguins’ diving range.

“Particularly young birds are really struggling to find good places to find food, and even experienced adults look like they’ve been caught up in this,” he said.

With mass die-offs happening more frequently, Taylor added, the penguins have less opportunity to replenish their population through breeding in better years.

Though it’s not possible to measure the exact impact of climate change on the species, there are observable patterns, said John Cockrem, a penguin biologist in the School of Veterinary Science at Massey University in New Zealand.

Little blue penguins at the southern end of New Zealand, which has not been subject to the same sea temperature changes, appear to be doing better than populations in the north.

“It’s very likely that it’s more than a coincidence that this is happening when there are warmer sea temperatures,” Cockrem said.

More die-offs can be expected with more frequent occurrences of warmer sea temperatures around the New Zealand coast, he said, adding that the number of little blue penguins in the north “may well decline as a consequence of climate change.”

The bird could be considered the “canary in the coal mine” of the sea, Cockrem warned.

“From little phytoplankton and zooplankton through to fish, through to penguins, the whole food chain will suffer.”