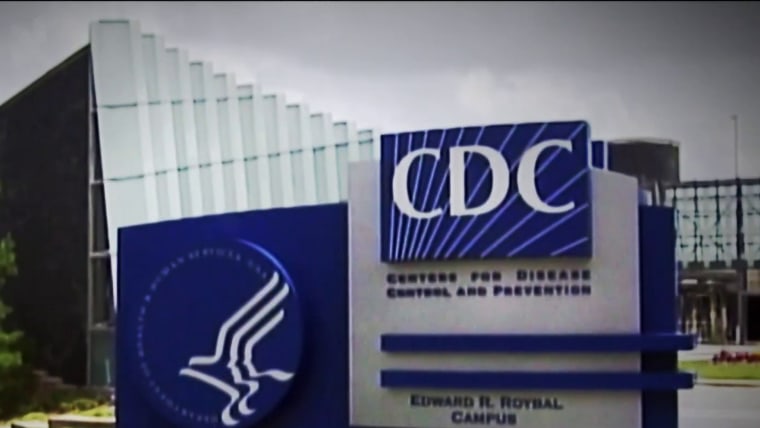 TORONTO — In the spring, some compared getting Covid-19 shots to competing in “The Hunger Games.”

Even a few months ago, Canada’s vaccination drive was in the doldrums, but the country’s efforts have rebounded recently, with around 56 percent of the eligible population fully vaccinated as of this week, according to statistics compiled by Our World in Data. That compares with nearly 49 percent in the U.S.

So how did Canada do it?

Experts said a number of factors are behind Canada’s success.

“In general, the feeling back in February [and] March was that Canada had not done a very good job of securing vaccines,” said Dr. Joel Lexchin, an associate professor of family and community medicine at the University of Toronto.

Lexchin said that lacking domestic suppliers, Canada had been forced to rely on other countries to provide shots and that for months “the delivery schedule wasn’t at all clear, so people were quite concerned about how much vaccine was going to make it to Canada and how quickly.”

Even in early May, the situation had felt so bleak that Laura Leach, a dual American and Canadian citizen living in Toronto, said she had considered flying across the border to New York state just to get the shot.

“At the start of the pandemic, when the U.S. was really badly off, I was just really grateful to be in Canada,” said Leach, 30. But as she watched family members in the U.S. get their first doses this year, with no indication of when she might receive hers, she grew increasingly frustrated.

“I was actually considering going to the United States just to get my vaccine, because it was taking so long here,” she said.

After delays from manufacturers led to shortages, the situation in Canada began to take a turn for the better as doses of the AstraZeneca, Pfizer and Moderna vaccines made their way into the country.

The government’s decision to diversify contracts with suppliers and sign deals with seven vaccine makers for more than 400 million doses proved to be the right move, Lexchin said, even though many are still pending government authorization.

That is considerably more than required for the country of around 38 million people, and the government has pledged to donate some of the spare doses to other countries that need them.

“We spread our bets out, sort of like the stock market — you invest in multiple companies, because if some don’t do well, you assume that others will, so we happened to make some of the right choices in terms of which vaccines would work,” he said.

Dr. Jesse Papenburg, an infectious disease specialist at Montreal’s McGill University Health Centre, said “it would have been good to have had a domestic supply” of Covid-19 vaccines.

But he insisted that it should still be “a point of pride in Canada that we do have a successful vaccination campaign, even if we did get off to a little bit of a slow start.”

Lexchin and Papenburg agreed that vaccine hesitancy has been relatively low among Canadians — which they agreed had helped with the rollout and credited to a lack of politicization surrounding the shots.

South of the border, President Joe Biden made vaccinations a centerpiece of the early days of his administration, but a sizable chunk of the Republican Party and the conservative media apparatus has pushed back, some decrying it as government overreach.

An Associated Press-NORC Center for Public Affairs Research poll conducted between July 15-19 found that 35 percent of U.S. respondents who have not received first doses said they would probably not get them, while 45 percent said they definitely would not.

“I think the key thing is there has been less politicization of the vaccine rollout, and that has certainly worked to our advantage compared to the United States,” said Papenburg, who is on Canada’s National Advisory Committee on Immunization.

Lexchin agreed. Leadership in Canada at the federal and provincial levels was largely unified in supporting the vaccination program and urging residents to get the shots, he said.

While there have been some questions about the rollout of the vaccination program, for the most part, politicians have not suggested “that vaccines are not a good idea” or discouraged people from getting them, “as opposed to some of the yahoos in the United States,” he said.

His views were echoed by Dr. Anthony Fauci, the White House’s chief medical adviser, who said on CNN last Monday that Canada is doing better not because “we are trying any less than they are trying.”

“It’s because in Canada you don’t have that divisiveness of people not wanting to get vaccinated, in many respects, on the basis of ideology and political persuasion,” he said.

However, Lexchin and Papenburg acknowledged that there were hurdles to be overcome in Canada, including misinformation.

A report released by Statistics Canada in early February found that 96 percent of Canadians who used the internet to find information about the pandemic had been exposed to material they suspected of being “misleading, false or inaccurate.”

A separate study conducted by McGill University and published in late March found that much of the misinformation being consumed by Canadians had come from U.S. sources. Researchers branded Americans as “super-spreaders of Covid-19 misinformation.”

Leach said she was not surprised. The vaccine rollout in the U.S. “became so political, while that just wasn’t the case here in Canada,” she said.