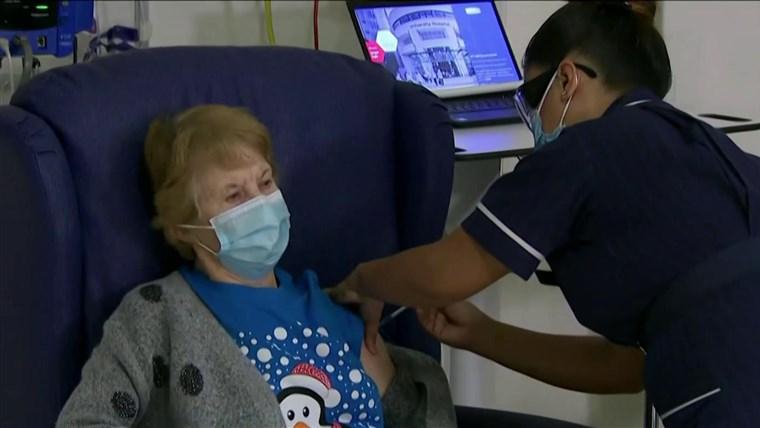 The World Health Organization is aware of a new variant of Covid-19 that has emerged in Britain, but there is no evidence the strain behaves differently to existing types of the virus, the group said on Monday.

“We are aware of this genetic variant reported in 1,000 individuals in England,” the WHO’s top emergencies expert Mike Ryan told a news briefing in Geneva. “Authorities are looking at its significance. We have seen many variants, this virus evolves and changes over time.”

Over 1,000 cases of the variant have been identified in the past few days in England, predominantly in the south of the country where it could be connected to a surge in cases, Health Secretary Matt Hancock said on Monday.

“We have identified a new variant of coronavirus, which may be associated with the faster spread in the southeast of England,” Hancock said in a statement to parliament. “Initial analysis suggests that this variant is growing faster than the existing variants.”

“I must stress at this point that there is currently nothing to suggest that the variant is more likely to cause serious disease, and the latest clinical advice is that it’s highly unlikely that this mutation would fail to respond to a vaccine,” he added.

Experts in the U.K. agreed that at this point, the new variant is not a cause for concern.

“The genetic information in many viruses can change very rapidly and sometimes these changes can benefit the virus — by allowing it to transmit more efficiently or to escape from vaccines or treatments — but many changes have no effect at all,” Jonathan Ball, a professor of molecular virology at the University of Nottingham, said in a statement.

But until scientists can study the change more, to determine whether it affects how the virus behaves, “it is premature to make any claims about the potential impacts of virus mutation,” he said.

Alan McNally, a professor of microbial evolutionary genomics at the University of Birmingham, said in a statement that the emergence of a new strain “is normal virus evolution and we expect new variants to come and go and emerge over time.”

McNally praised the country’s abilities to detect the variant quickly.

“Hopefully the narrative here is how amazing our surveillance has been at picking this up,” he said. “I am in awe of the surveillance efforts in the U.K. that allowed this to be picked up so fast.”