An insult to justice: Trump’s Blackwater pardons met with fury by victims’ families 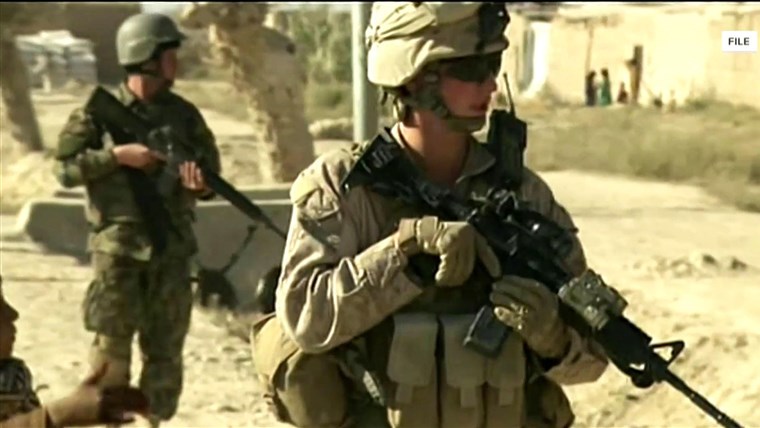 President Donald Trump’s decision to pardon four Blackwater private security contractors convicted of a massacre in Baghdad has been met with fury by the victims’ families in Iraq.

“How are these criminals released after they killed 17 innocent people?” Hussein Saheb Nasser, 35, told NBC News by telephone from his home in Baghdad on Wednesday.

“On what basis did Trump depend on to release them? Let us assume that I travel to America and kill 17 American citizens. Are they going to release me?”

Nasser’s younger brother, Mahdi Saheb Nasser, was 22 and working as a taxi driver when he was killed in September 2007 alongside other unarmed civilians in Baghdad’s Nisur Square.

Iraqi authorities say 17 people were killed; the Department of Justice has said the total was 14.

The deaths provoked international outrage and raised questions about the use of private security firms in war zones.

In 2014, four former government contractors who worked for Blackwater Worldwide, a security firm founded by Erik Prince — an ally of Trump and the brother of Education Secretary Betsy DeVos — were convicted in federal court in Washington in connection with the killings.

Nicholas Slatten was sentenced to life in prison without parole after being convicted of murder, while Paul Slough, Evan Liberty and Dustin Heard were convicted of manslaughter and weapons charges.

Defense lawyers for the four veterans, who were working as contractors for the State Department at the time of the killings, argued that they had returned fire only after being ambushed by Iraqi insurgents.

Trump issued pardons for all four men on Tuesday.

Nasser, who attended the 2014 trial in the United States, said his brother’s death had broken his father’s heart.

“Before he died, he went crazy as he used to go out into the street and whenever he saw a young man, he imagined that he was Mahdi,” he said.

His mother also suffered a stroke, he added.

The pardons have reduced American talk of human rights to mere “slogans,” he said, adding, “They prefer animals over humans, and then they talk about human rights, justice and humanity.”

Jasem Mohammed Hashem, who was working as a police officer when he was shot in the head in the attack, was also disappointed by Trump’s decision to free the men who, he said, “opened fire randomly at the citizens.”

“I consider what the security company personnel have done is a terrorist act, as many civilians were martyred and wounded,” said Hashem, 41, a father of five who was partially disabled and forced to retire after the incident.

Sarah Holewinski, Washington director at Human Rights Watch, said Trump’s pardons were an insult to justice, “but it’s also an insult to the victims.”

“After years of waiting, the victims finally saw justice served when these men were convicted,” she said in an email. “With those sentences reversed by the stroke of a pen, who will trust the American justice system again?”

Blackwater has been renamed and falls under the Constellis group of companies, a risk management business formed in 2010.

Constellis did not immediately respond to requests for comment.

The Iraqi government condemned the pardons, with the Ministry of Foreign Affairs saying in a statement late on Wednesday that it would follow up with the U.S. through diplomatic channels to urge a reconsideration.

“The ministry believes that this decision did not take into account the seriousness of the crime committed and was inconsistent with the U.S. administration’s declared commitment to the values of human rights, justice, and the rule of law, and regrettably ignores the dignity of the victims,” it said.

American troops invaded Iraq in 2003 and toppled Saddam Hussein’s regime. They left in 2011 but returned in 2014 after the Islamic State militant group overran large parts of the country.

More than 3,000 troops remain in Iraq, according to defense officials, with a drawdown scheduled for January.