Afghan president flees as U.S. rushes to exit with Taliban on brink of power 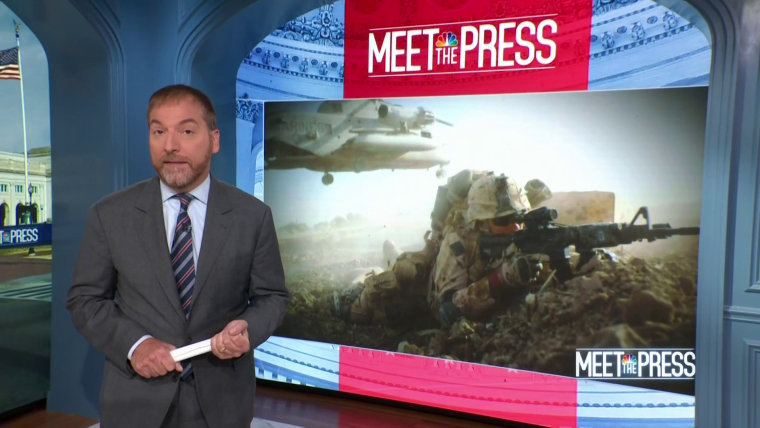 KABUL, Aghanistan — Afghanistan’s president fled the country Sunday as the Taliban and its fighters in Kabul reached the brink of taking political power. Twenty years after it toppled the militant regime, the U.S. rushed to leave the country after the losses of thousands of U.S. lives and billions of dollars failed to bring lasting democracy.

President Ashraf Ghani’s departure — and the hurried evacuation of all personnel from the U.S. Embassy — followed a lightning-fast Taliban offensive across the country that brought an embarrassing end to the U.S. military presence after two decades.

Later, video put out by Al Jazeera appeared to show extraordinary images of armed Taliban fighters inside the presidential palace, lounging in chairs, strolling around with their guns and taking pictures of one another. The fighters give a tour to the Al Jazeera journalist, and at one point one rolls up an Afghan flag in the palace and puts it on a mantelpiece.

U.S. officials had clearly not anticipated a possible fall of Kabul this quickly after President Joe Biden announced the full withdrawal of U.S. forces, and they were scrambling both to protect their staff members and to explain the defeat politically.

“He left Afghanistan in a hard time, God hold him accountable,” Abdullah, a longtime rival of Ghani’s, said in an online video.

Ghani’s team confirmed his departure to CNBC. In a statement posted to his official Facebook page, Ghani, who said he left Afghanistan to avoid bloodshed, did not specify his location or destination.

As Afghans from the presidential palace to the frenzied streets fled the militant group’s rapid advance, the Taliban prepared to take full control of the country once more.

The Taliban ordered their fighters to enter Kabul because they believed police had deserted all their positions, a Taliban spokesman told NBC News, which could not confirm the claims.

The spokesman urged residents of the capital to remain calm.

Earlier, Taliban spokesman Zabihullah Mujahid said fighters would “be on standby on all entrances of Kabul until a peaceful and satisfactory transfer of power is agreed.” In a separate statement to NBC News, a Taliban spokesman said those entering Kabul were unarmed on instructions from senior commanders.

U.S. forces were evacuating all staff members from the city’s U.S. Embassy via Kabul’s airport after Biden authorized the deployment of 5,000 troops to the country.

And the Pentagon is sending an additional 1,000 troops to Kabul to help with the deteriorating security situation, two defense officials told NBC News on Sunday. The battalion was already headed to Kuwait when it was diverted to Afghanistan.

The embassy will close once all personnel are transferred out, a person familiar with the situation said, and there have been intense negotiations with the Taliban for safe passage.

The embassy issued a security alert later Sunday saying it was instructing U.S. citizens to shelter in place, as there were reports that the airport was “taking fire.”

The evacuation comes at the end of a rapid U.S. troop withdrawal launched in April and only weeks before the last remaining U.S. forces were due to depart under an Aug. 31 deadline set by Biden.

Biden has remained steadfast in spite of the Taliban blitz. A White House official said Sunday that Biden had spoken to members of his national security team “on the situation in Afghanistan” and would continue to get updates throughout the day.

Secretary of State Antony Blinken told Chuck Todd on NBC News’ “Meet the Press” that Biden was focused “first and foremost” on the safety and security of U.S. personnel. He said the U.S. would maintain a core diplomatic presence, and in effect an embassy, at a location at Kabul’s airport.

“We’ve been very clear with the Taliban that any effort on their part to interrupt our operations, to attack our forces, to attack our personnel, would be met with a very strong, decisive response,” he said.

Blinken said the “inability” of the Afghan security forces to defend their country played a “very powerful role” in the rapid Taliban takeover of parts of it. But he said that in terms of the threat posed to the U.S. before Sept. 11, 2001, he thought the U.S. was in a “much better” place.

In a nationwide offensive that has taken just over a week, the militants encircled the Afghan capital as the group surprised Washington, Kabul and even its own fighters with the speed of the campaign.

The Taliban advance and the ensuing collapse of the Afghan government have sent large numbers of civilians fleeing their homes, seeking refuge both from the fighting and the prospect that the Islamist regime that ruled the country before 2001 would be reimposed.

In Kabul, thousands of people were living in parks and open spaces.

Hundreds of people also gathered in front of private banks, trying to withdraw their life savings, while some ATMs stopped distributing money.

On Sunday, Afghan forces at Bagram Airfield, once a bustling mini-city where more than 100,000 U.S. troops passed through the gates, also surrendered to the Taliban, two U.S. defense officials said.

Speaking on condition of anonymity because they were not officially authorized to comment, the defense officials said Taliban had started to release prisoners from the Parwan Detention Facility, some of whom were hardened Taliban and Al Qaeda fighters.

The insurgents also captured the eastern city of Jalalabad, giving them control of one of the main highways into landlocked Afghanistan. They took over the nearby Torkham border post with Pakistan, too, leaving Kabul airport as the only way out of Afghanistan still in government hands.

The advances came after Mazar-e-Sharif, the country’s fourth-largest city, fell Saturday to give the insurgents control over all of northern Afghanistan.