A year into Taliban rule, Afghans say their lives have been turned upside down

Home WORLD NEWS A year into Taliban rule, Afghans say their lives have been turned upside down 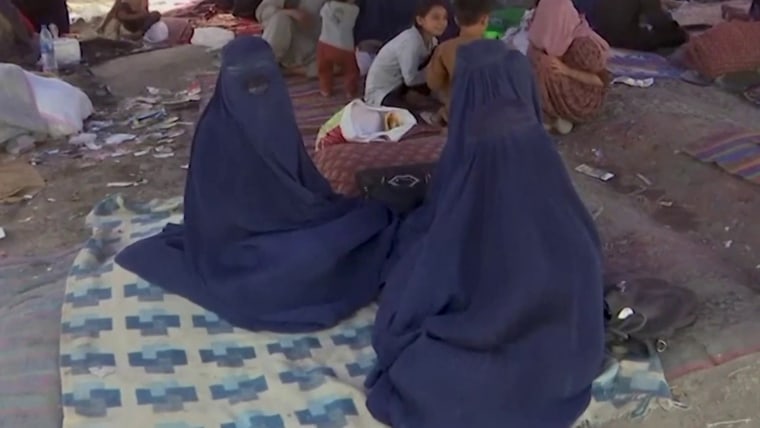 And from September to December 2021, around 37 percent of Afghan households did not have enough money to cover food, while 33 percent could afford food but nothing more, the World Bank said.

Describing Afghanistan’s economic outlook as “stark” in its latest overview of the country, published in April, the World Bank said the Ukraine war, combined with sanctions on the country, “may have significant exacerbating impacts via increased prices for imported food and fuel.”

The imploding economy “really affected my business,” said Abdul, 30, a construction company owner from Takhar province. He added that he had been forced to lay off  75 of his 100 employees in recent months.

“It is possible that my company could go out of business because its existence directly depends on construction projects,” he said. “So if all the people are thinking about is their daily survival, we could collapse like other companies.”

“There are lots of jobless people, and of course if there are no jobs, there is no income,” added Abdul, who is married with a 2-year-old son.

In Kabul,  Samira, 25, said she had seen her once comfortable life turn upside down.

“Everything is in the market, but the prices have risen a lot,” said Samira, who teaches English and Islamic studies at one of the few private elementary schools left open.

Samira, who lives with her mother and sister, said that 10,000 Afghans, or around $110, used to pay for all the food required to feed her family for a month. Today it only pays for rice and flour.

And the signs of destitution surround her, she said.

“I see hundreds of beggars asking for money,” she said. “The unemployment rate is too high and a number of people are known to have sold parts of their body, like their kidneys or worse, their sons and daughters, to survive.”

After the Taliban swept into power, Abdul said lots of people, including himself, had hoped that corrupt officials would be forced out and that the Taliban would form a coalition government. Instead the new regime is solely made up by members of the militant group.

Rather than focusing on “the economy and other issues, like being a proper independent country,” he said they appeared to be focusing on minor issues like the length of men’s beards.

He added that he was growing increasingly worried by the group’s hard-line stance, including its decision to backtrack on its promise that high schools stay open for girls and their decree that all Afghan women wear head-to-toe clothing in public.

Women are also being discouraged from working, and told to wear all-encompassing outfits and not leave home without a male chaperone.

Samira also said she was “deeply concerned” about these decrees. She added that they reminded her of the last time the Taliban ruled Afghanistan, from 1996 to 2001, when they banned female education and most employment.

Her students, she said, were “pretty hopeless because they cannot see any future for themselves.”

The Taliban’s increasingly hard-line policies disrupted efforts to “win recognition from potential international donors at a time when the country is mired in a worsening humanitarian crisis,” said Michael Kugelman, the deputy director and senior associate for South Asia at the Wilson Center, a Washington-based think tank.

The decision not to allow girls back to school “was a genuine blow and a surprise to many Western capitals and many donors,” he said, adding that it made it “even less likely that the international community will provide the type of financial assistance that the Taliban appear to want, namely assistance that goes beyond humanitarian aid.”