Product design gets an AI makeover 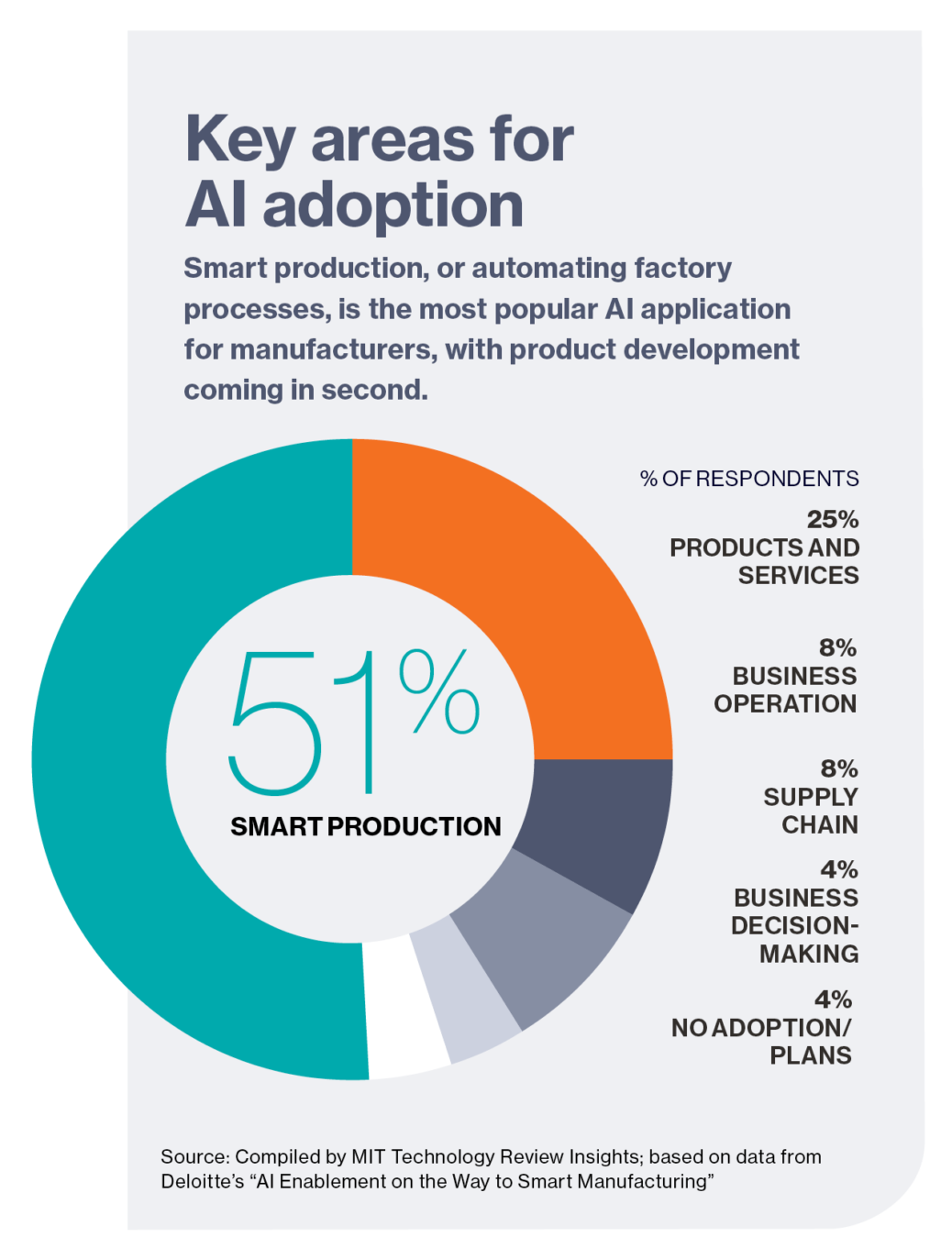 It’s a tall order, but one that Zapf says artificial intelligence (AI) technology can support by capturing the right data and guiding engineers through product design and development.

No wonder a November 2020 McKinsey survey reveals that more than half of organizations have adopted AI in at least one function, and 22% of respondents report at least 5% of their companywide earnings are attributable to AI. And in manufacturing, 71% of respondents have seen a 5% or more increase in revenue with AI adoption.

But that wasn’t always the case. Once “rarely used in product development,” AI has experienced an evolution over the past few years, Zapf says. Today, tech giants known for their innovations in AI, such as Google, IBM, and Amazon, “have set new standards for the use of AI in other processes,” such as engineering.

“AI is a promising and exploratory area that can significantly improve user experience for designing engineers, as well as gather relevant data in the development process for specific applications,” says Katrien Wyckaert, director of industry solutions for Siemens Industry Software.

The result is a growing appreciation for a technology that promises to simplify complex systems, get products to market faster, and drive product innovation.

A perfect example of AI’s power to overhaul product development is Renault. In response to increasing consumer demand, the French automaker is equipping a growing number of new vehicle models with an automated manual transmission (AMT)—a system that behaves like an automatic transmission but allows drivers to shift gears electronically using a push-button command.

AMTs are popular among consumers, but designing them can present formidable challenges. That’s because an AMT’s performance depends on the operation of three distinct subsystems: an electro-mechanical actuator that shifts the gears, electronic sensors that monitor vehicle status, and software embedded in the transmission control unit, which controls the engine. Because of this complexity, it can take up to a year of extensive trial and error to define the system’s functional requirements, design the actuator mechanics, develop the necessary software, and validate the overall system.

In an effort to streamline its AMT development process, Renault turned to Simcenter Amesim software from Siemens Digital Industries Software. The simulation technology relies on artificial neural networks, AI “learning” systems loosely modeled on the human brain. Engineers simply drag, drop, and connect icons to graphically create a model. When displayed on a screen as a sketch, the model illustrates the relationship between all the various elements of an AMT system. In turn, engineers can predict the behavior and performance of the AMT and make any necessary refinements early in the development cycle, avoiding late-stage problems and delays. In fact, by using a virtual engine and transmissions as stand-ins while developing hardware, Renault has managed to cut its AMT development time almost in half.

So, too, are emerging environmental standards prompting Renault to rely more heavily on AI. To comply with emerging carbon dioxide emissions standards, Renault has been working on the design and development of hybrid vehicles. But hybrid engines are far more complex to develop than those found in vehicles with a single energy source, such as a conventional car. That’s because hybrid engines require engineers to perform complex feats like balancing the power required from multiple energy sources, choosing from a multitude of architectures, and examining the impact of transmissions and cooling systems on a vehicle’s energy performance.

“To meet new environmental standards for a hybrid engine, we must completely rethink the architecture of gasoline engines,” says Vincent Talon, head of simulation at Renault. The problem, he adds, is that carefully examining “the dozens of different actuators that can influence the final results of fuel consumption and pollutant emissions” is a lengthy and complex process, made by more difficult by rigid timelines.

“Today, we clearly don’t have the time to painstakingly evaluate various hybrid powertrain architectures,” says Talon. “Rather, we needed to use an advanced methodology to manage this new complexity.”

For more on AI in industrial applications, visit www.siemens.com/artificialintelligence.