Climate scientists are terrified of a second Trump term 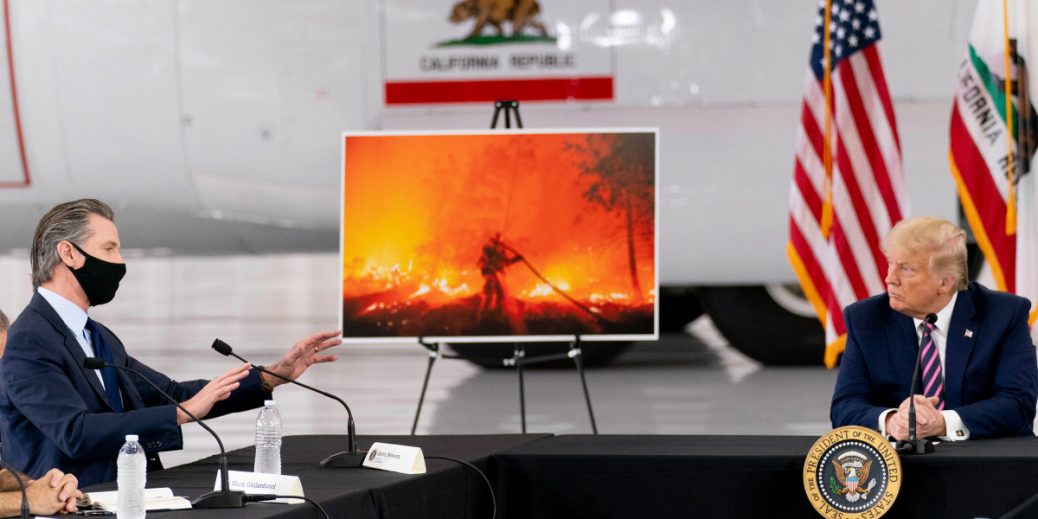 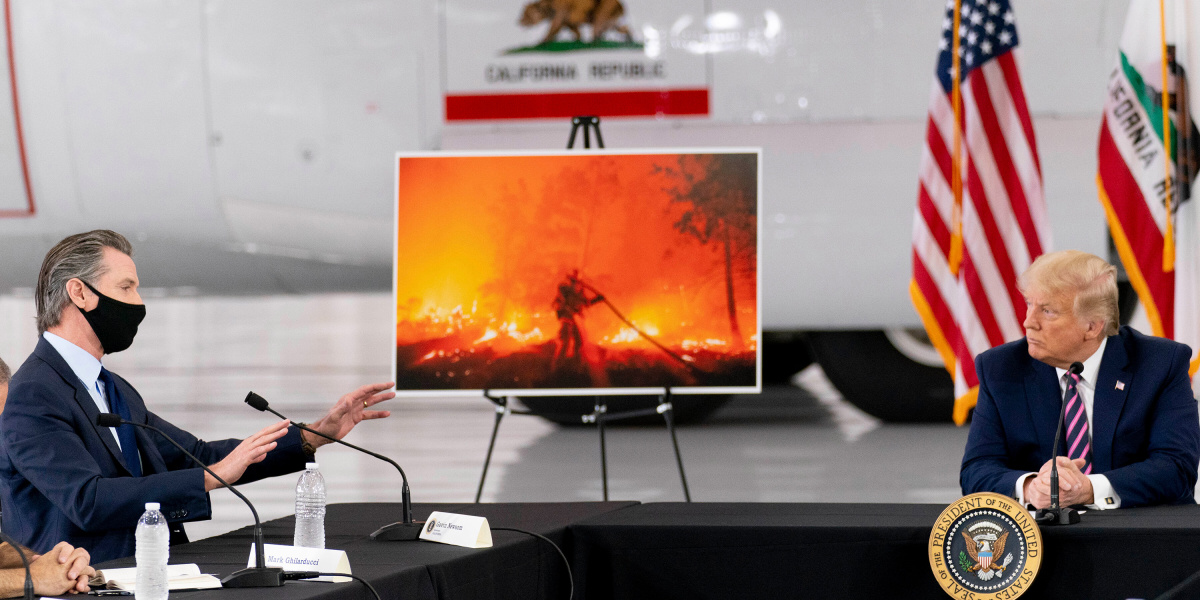 Daniel Schrag has spent most of his life working on climate change. He studied the planet’s ancient warming periods early in his career, served as a climate advisor to President Barack Obama, and is now director of Harvard’s Center for the Environment.

But when he imagines the possibilities if President Donald Trump is reelected, climate change isn’t the issue he’s most concerned about.

“I immediately worry about democratic institutions,” he says. “I worry about profound and deep corruption at all levels, including the Justice Department.”

“The good news is that four years later, or whenever this ends, there are still a lot of things you can do for climate,” says Schrag. “But that’s not true if we have decimated the basic institutions of democracy.”

I heard similar responses again and again as I polled climate scientists and policy experts on what a Trump reelection would mean. After years of watching the administration unravel climate policies, subver the rule of law, stack courts, politicize a pandemic, undermine the election process, and hint about third and fourth terms, the people I asked are terrified of what the president may do if he remains in office for another four years or more.

Ken Caldeira, a climate scientist at the Carnegie Institution, said: “Well, first of all, there’s the question of ‘Will the US become a dictatorial, totalitarian regime?’”

Danny Cullenward, a lecturer at Stanford’s law school, replied: “There’s no climate policy angle to that story. The United States is then a failed state.”

Indeed, today’s heated academic debates among climate experts over the most effective mix of US policies and technologies could soon seem quaint, and beside the point.

New policies are effectively off the table. Old ones are very likely doomed. And climate change itself will only continue to accelerate as the time left to avoid extremely dangerous levels of warming ticks away.

“If he’s not elected, it won’t make me stop worrying about climate change; it will still be horribly hard to address,” says Jane Long, a former associate director at Lawrence Livermore National Lab. “But if he’s elected, the human race is not immune from extinction. You could make a bunch of really bad decisions and wipe out a whole lot of life.”

Still, I asked the experts to think beyond their fears and political views, and talk in specifics about what a second Trump term could mean for climate change. Several clear themes emerged.

Four more years would allow the White House to lock in place many of the environmental rollbacks it’s already enacted or is pursuing, which cover nearly every major federal tool available for cutting climate emissions.

The very long list of policies the administration has tried to weaken or reverse include rules requiring oil, gas, and landfill companies to prevent leaks of methane, a highly potent greenhouse gas; restrictions on hydrofluorocarbons, greenhouse gases used in refrigeration and air conditioning; federal vehicle emissions standards; and the ability of states like California to set stricter rules of their own.

All these efforts face legal challenges, but a Trump reelection would give the administration more time to fight those battles, revise legal arguments and strategies, and stack courts in its favor, says Leah Stokes, an environmental policy expert at the University of California, Santa Barbara.

It’s also another four years to force out or muzzle scientists in federal agencies and replace them with pro-industry staff.

The death of Supreme Court justice Ruth Bader Ginsburg late last week ensures that the president will be able to swing the court further to the right. It appears Republican senators are preparing to replace Ginsburg with Trump’s nominee before the election and have the votes to do so.

So even if Biden wins, Democrats secure majorities in both houses of Congress, and they manage to enact sweeping climate laws, such legislation is now at greater risk of failing to pass Supreme Court scrutiny.

Meanwhile, if Trump wins, subsequent Supreme Court or federal court rulings could cement any number of the White House’s regulatory policies and establish precedents in environmental law that could last for decades.

That will have a very real impact on climate progress. The regulatory changes cited above alone would send the equivalent of another 1.8 billion tons of carbon dioxide into the atmosphere by 2035, according to a recent analysis by the Rhodium Group . That’s more than the annual fossil-fuel emissions from Russia.

Ginsburg’s death “was earth-shattering for the course of events for the next decades, really,” says Ann Weeks, legal director at the Clean Air Task Force.

The end of regulation

The administration has already telegraphed where it’s headed next, attacking not just specific rules but the very underpinnings of environmental regulation. The Environmental Protection Agency (EPA) is now rewriting the rules of regulatory accounting in ways that undercut the ability of government to justify restrictions on industry in service of the public good.

EPA administrator Andrew Wheeler has announced plans to skew the cost-benefit math done on any proposed regulation, by essentially ignoring tens of billions of dollars’ worth of indirect benefits for public health. Using the new results, he has already argued for rolling back rules on mercury emissions from coal plants. Mercury is a neurotoxin that pollutes waterways and poisons seafood.

Separately, the EPA is finalizing a rule that would require any regulatory analysis to exclude scientific research where the underlying raw data isn’t available. It’s an effort to disregard science involving human subjects, where either personal medical data can’t be shared or such disclosures would require expensive redaction efforts. It would require public policy to effectively ignore landmark studies clearly demonstrating the devastating health effects and premature deaths associated with air pollution.

In both cases, the Trump administration is attempting to shrink or eliminate the benefits side of the ledger in regulatory calculations, in ways that could be used to justify unraveling all sorts of existing air, water, species, or climate protections.

“If you can’t do a cost-benefit analysis, then how do you justify any environmental regulation?” Weeks says. “It’s all very insidious.”

The US directly contributes about 14% of the world’s total fossil-fuel emissions. But the election could have far wider effects on what the world does, or doesn’t do, to address climate change as well.

Trump announced plans to withdraw from the Paris climate agreement during his early months as president and will be able to officially do so in early November. If he’s reelected, what may have been excused as an aberration in America politics will instead look to the rest of the world like the permanent loss of any US leadership on the issue.

Under Trump, one of the world’s richest nations is effectively saying you’re a sucker if you slow economic growth for the sake of global concerns.

“That’s going to send a signal to the rest of the world that ‘Look, it’s each nation for themselves, so let’s just go for the cheapest development trajectory and screw everyone else,’” Caldeira says.

Indeed, the leaders of Brazil and Australia are now openly rejecting calls for more aggressive climate efforts, India seems to tightening its embrace of coal again, and ultranationalist sentiments are rising across major parts of the globe. But other regions, notably the European Union and China, are stepping up efforts to cut emissions or boost domestic clean-energy manufacturing, spotting geopolitical and market opportunities that the US is ceding. This week, at the UN General Assembly, China announced a pledge to become carbon neutral by 2060.

There still could be a few constraints on the president’s ability to halt all US climate progress.

If Trump is reelected but the Democrats take control of the Senate and hold onto the House, it could limit the administration’s ability to push through court appointments and laws. It could also spark fresh investigations, and even renew the possibility of impeaching the president and removing him from office.

In addition, California, New York, Washington, and other states could continue to lead the way on climate, providing regional markets and test beds for regulations and technologies to drive down emissions.

The maturing of the clean-tech marketplace means the costs of renewables, batteries, and EVs will continue to fall, and demand will rise. Regardless of regulations, growing numbers of companies are taking greater steps to reduce their corporate carbon footprints and manage the climate risks to their businesses. Even oil and gas companies are facing rising market and public pressures given softening demand, falling prices, and greater difficulty raising capital for projects.

But if these all sounds like thin and desperate reasons to feel a little optimistic, it’s because they are. The US is on the brink of a calamity. It’s one short step away from self-inflicted crises from which the nation and the climate may well never recover.