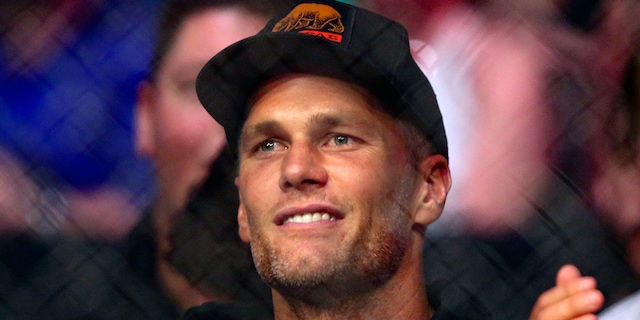 A big night of UFC 261 bouts in Jacksonville, Florida, on Saturday included a frightening moment when fighter Chris “The All-American” Weidman suffered a brutal leg break.

The injury happened during Weidman’s match against Uriah Hall – and in front of a star-studded, packed house of 15,000-plus fans in what The Associated Press reported was the first test of full-capacity indoor sports since Florida Gov. Ron DeSantis lifted the state’s limit last September.

There was no social distancing and few masks, according to the AP.

“It’s time to get back to normal,” UFC President Dana White said.

Weidman’s right leg broke early into the fight when he kicked Hall’s left leg. Weidman took a step back and immediately fell to the mat and writhed in agony after his leg gave way, according to a gruesome video posted on social media.

Later, Dana White posted a more graphic, closeup view of the injury — and noted that Hall became the first UFC fighter ever to win without once striking his opponent.

Medical staff rushed to Weidman’s aid, placed his leg in an air cast, then carried him out on a stretcher. He was scheduled to undergo surgery Sunday, the AP reported.

Hall appeared distressed as he watched the scene and offered words of support.

“I’ve got nothing but respect for Weidman,” Hall said. “He’s truly one of the best. … It’s the sucky part of the sport. It’s a hurt business.”

Ironically, it was Weidman who watched as UFC legend Anderson Silva suffered a broken shin during their fight in 2013.

Just minutes before the Weidman-Hall fight, fighter Jim Crute suffered a torn knee ligament in his match against Anthony Smith after Smith kicked him.

The Associated Press contributed to this story.