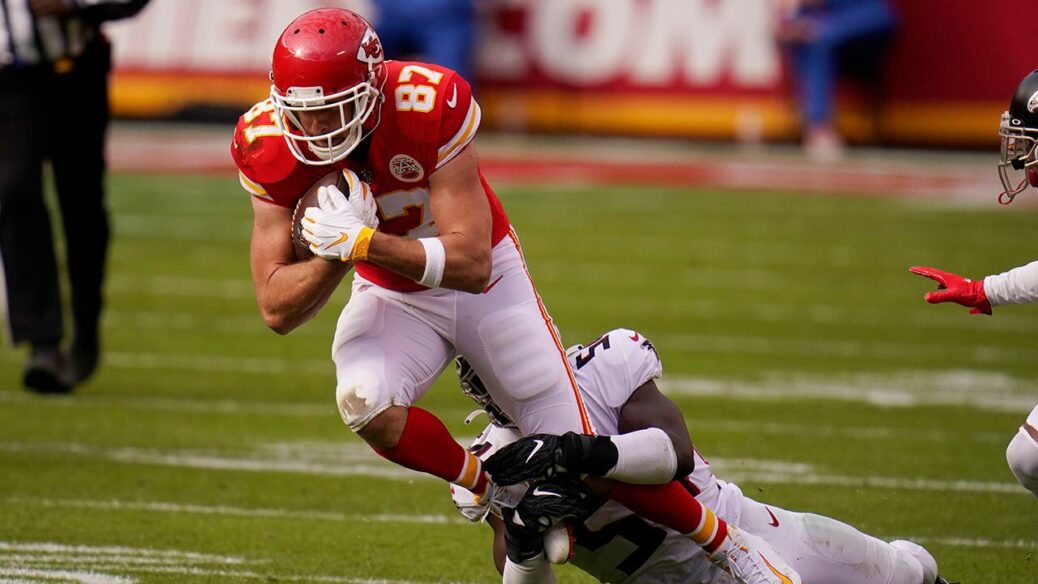 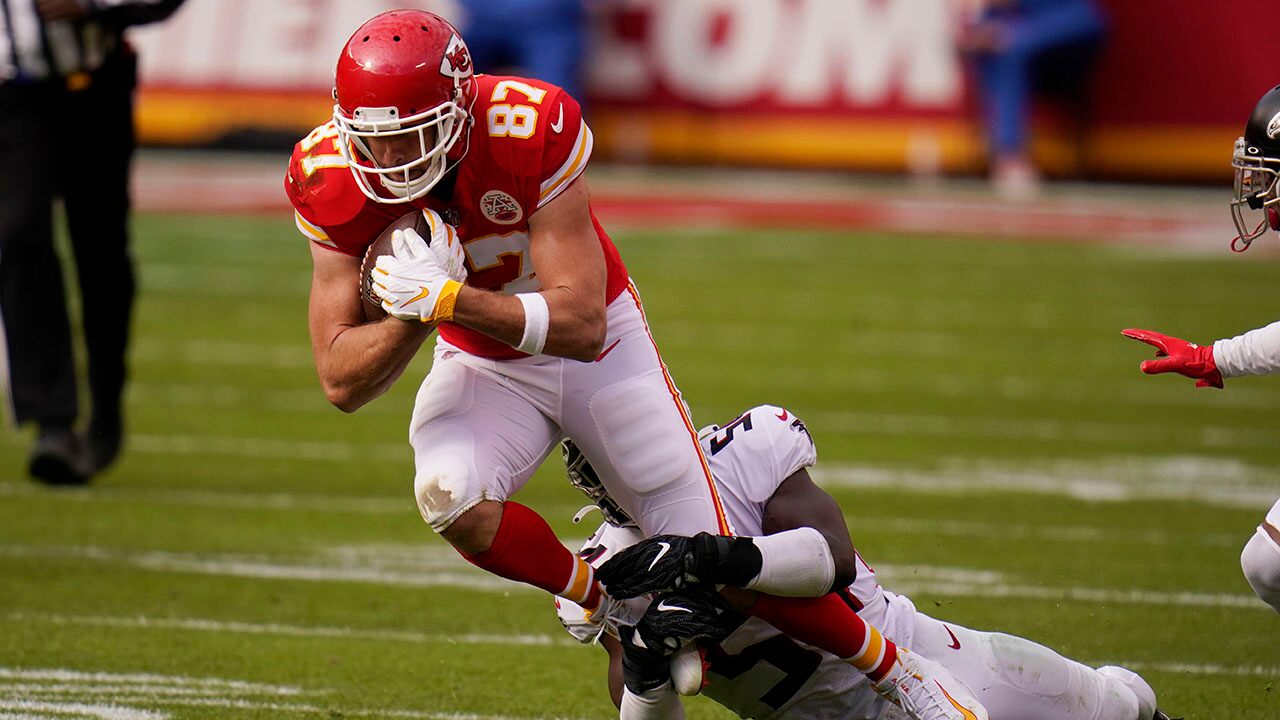 Kansas City Chiefs tight end Travis Kelce once again etched his way into the NFL’s record books during the team’s game against the Atlanta Falcons on Sunday afternoon.

Kelce became the first tight end in NFL history with two 100-catch seasons, and he broke George Kittle‘s NFL single-season record for most receiving yards by a tight end.

Kelce finished with seven receptions for 98 yards and one touchdown — his 11th of the season — for the Chiefs, as they escaped with a 17-14 home victory over the Falcons.

JETS ON RECEIVING END OF QUESTIONABLE ROUGHING THE PASSER PENALTY: IT’S THE WORST ‘CALL OF ALL-TIME’

The Chiefs locked up the No. 1 seed in the AFC playoffs with the win. Falcons’ Pro Bowl kicker Younghoe Koo missed a game-tying, 39-yard field goal with nine seconds left in the fourth quarter, which would have tied the game.

Kansas City, winners of 10 in a row, have also won seven straight games by six points or fewer. The Chiefs’ 28-game streak of scoring 20 or more points came to end. It was only the second time in 58 games since 2017 that the Chiefs scored 20 or fewer points.

Chiefs quarterback Patrick Mahomes threw for 278 and two touchdowns in the win. He connected with wide receiver Demarcus Robinson for a 25-yard touchdown with under two minutes to go in the game to put the Chiefs ahead for good.