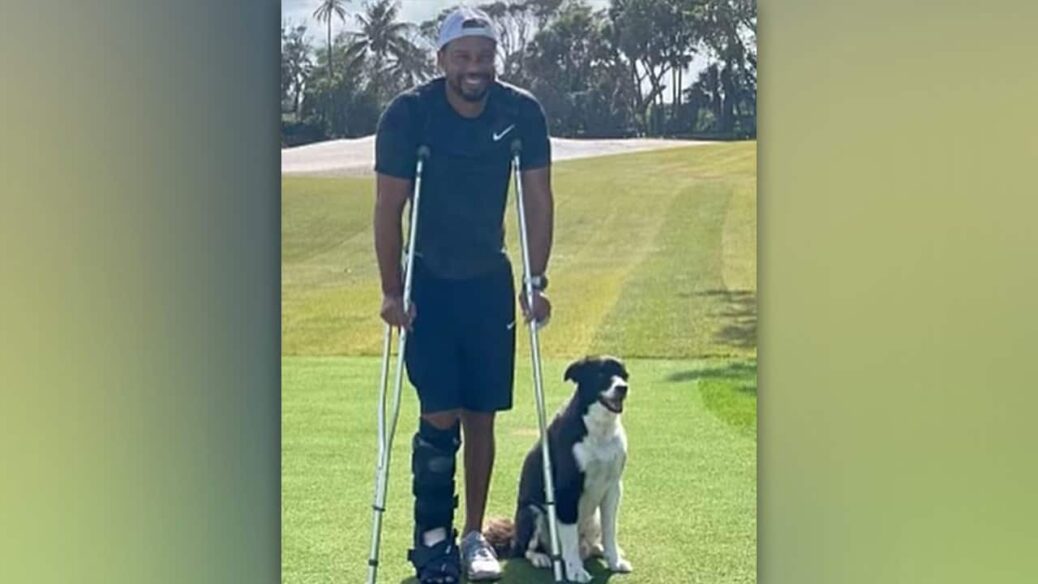 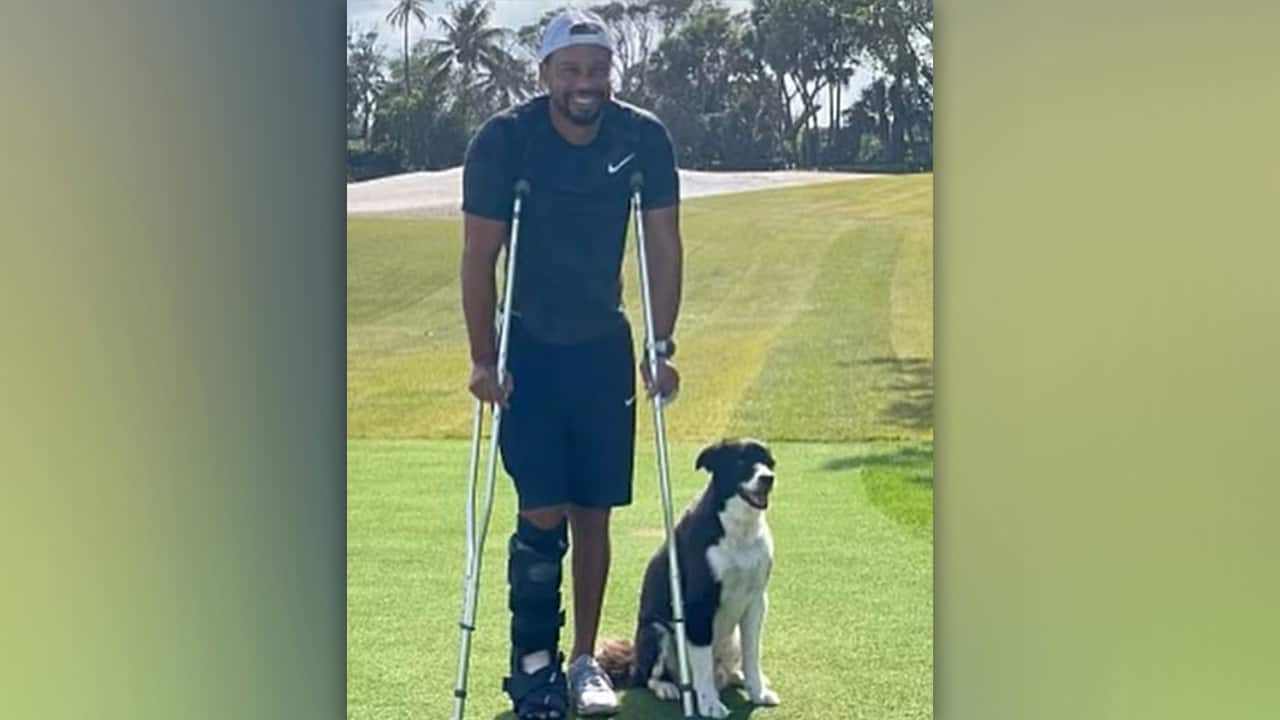 Golf legend Tiger Woods provided fans with an update on his condition on Friday, uploading the first photo of himself since he was severely injured in a single-car crash near Los Angeles.

Woods, 45, used crutches and wore a heavy cast on his surgically repaired right leg in the photo. He has not made a public appearance since he underwent surgery.

“My course is coming along faster than I am. But it’s nice to have a faithful rehab partner, man’s best friend,” Woods said in the post.

Woods suffered multiple leg injuries including tibia and fibula fractures, muscle and soft tissue trauma and other injuries in the Feb. 23 crash. Police said Woods was unconscious when first responders arrived at the scene.

Investigators said Woods was speeding before the crash.

Woods had been driving between 84 and 87 mph when he first made impact and was driving 75 mph when his vehicle hit a tree, officials previously said. The posted speed limit was 45 mph.

Los Angeles Sheriff’s Capt. James C. Powers previously said that Woods may have accidentally hit the gas pedal instead of the brake. The vehicle’s black box revealed that the acceleration pedal was pressed nearly all the way down at the time of the crash, and there was no braking before the collision.

Woods’ 2021 Genesis SUV crossed the road’s center divider, hit a tree and rolled over in the crash. No other vehicles were involved.

The golf legend has won 15 major championships, a record-tying 82 PGA Tour victories and is an 11-time PGA “Player of the Year.”