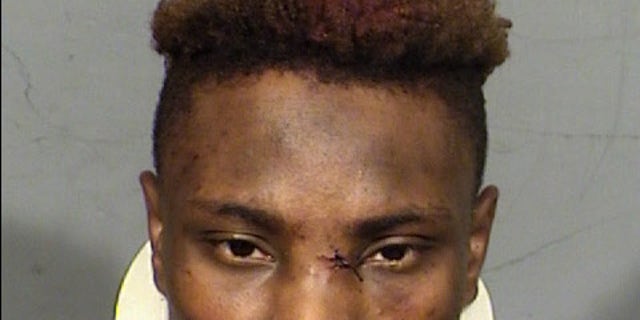 Surveillance video obtained by TMZ shows now-former Raiders wide receiver Henry Ruggs III traveling at a high rate of speed down a Las Vegas road before crashing his Corvette into a RAV4 and killing the female driver early Tuesday morning.

TMZ says the video shows Ruggs traveling at 156 miles an hour, which police say was the top speed captured via the car’s onboard computer that was analyzed after the crash. Investigators say Ruggs was traveling at 127 mph at impact, indicating Ruggs saw the vehicle and was able to reduce his speed before impact with the vehicle drive by 23-year-old Tina Tintor.

Henry Ruggs was charged with two felonies stemming from the deadly crash on Tuesday, Nov. 2, 2021. (LVMPD)

Rudy Washington, Ruggs’ girlfriend, told investigators that she heard him yell “What is this guy doing?”

“She stated Ruggs began braking, the car began to slide and they hit the car in front of them,” the report states. “She stated the car started spinning before coming to rest after striking the curb.”

Ruggs and Washington spent part of their Monday night at Top Golf drinking mai tais, according to the girlfriend before heading to a friend’s house. Ruggs, who attempted to tear IVs out of his arm at the hospital according to reports, has been charged with felony DUI and could face additional felony charges including a charge for carrying a firearm while intoxicated.