IOC’s Bach slips up and refers to Japanese as ‘Chinese’ 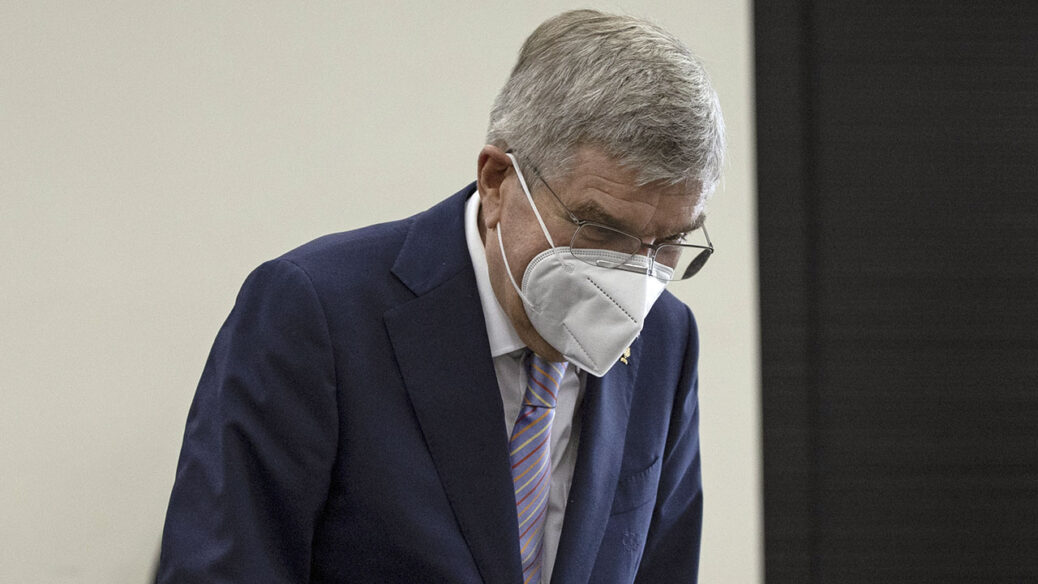 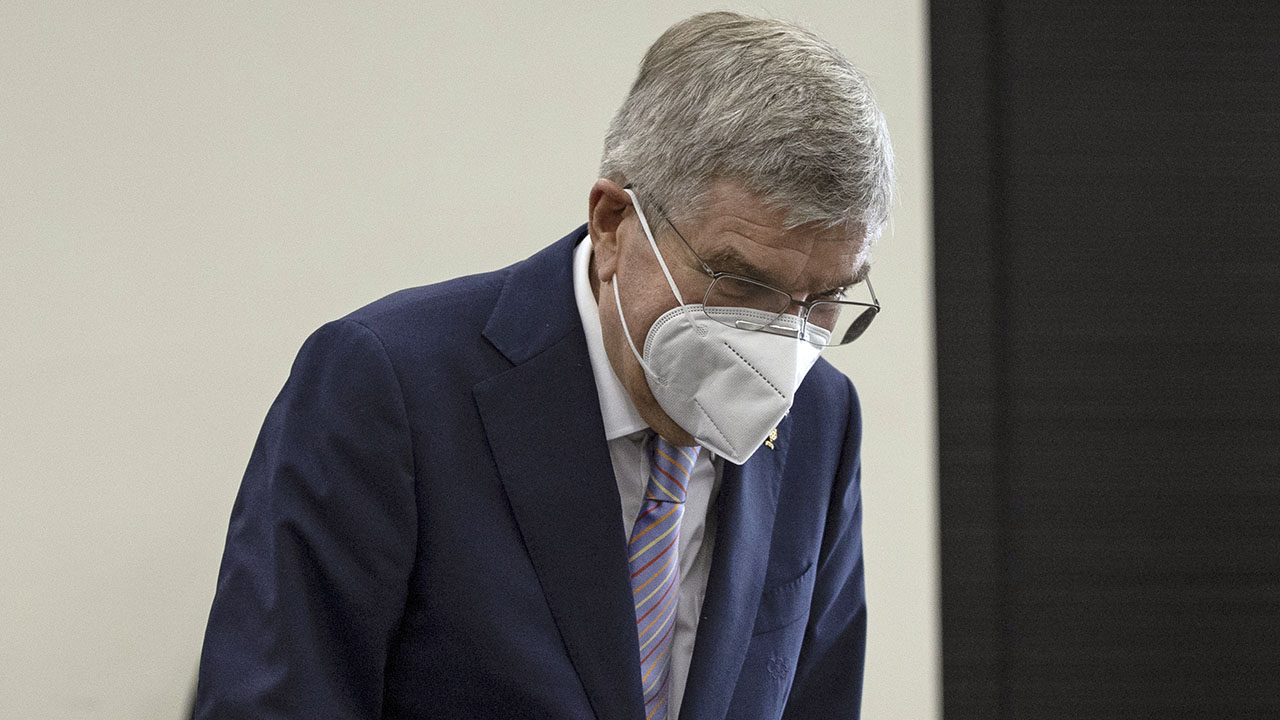 IOC President Thomas Bach appeared in public on Tuesday for the first time since arriving in Tokyo last week and with the pandemic-postponed Olympics opening in just 10 days.

Bach spent his first three days in isolation at the International Olympic Committee’s five-star hotel in central Tokyo, and his movements are limited — like almost everyone entering for the Olympics — for the first 14 days.

His first stop was the headquarters of the organizing committee to deliver a pep talk with the beleaguered games set to go ahead without fans in almost all venues.

Organizers and the IOC decided last week to ban fans from all but a handful of outlying venues, a move that came after the Japanese government instituted a state of emergency in Tokyo forced by rising coronavirus cases. The state of emergency went into force on Monday and runs through Aug. 22.

The state of emergency will be in effect throughout the entire duration of the Olympics, which open on July 23 and close on Aug. 8. Its main impact is to push bars and restaurants to close early and stop selling alcohol, a move aimed at cutting down circulation on crowed trains.

“You have managed to make Tokyo the best-ever prepared city for the Olympic Games,” Bach said in his opening remarks to organizing committee president Seiko Hashimoto and CEO Toshiro Muto. “This is even more remarkable under the difficult circumstances we all have to face.”

Bach tripped over his words, referring to the “Chinese people” rather than “Japanese people.”

“Our common target is safe and secure games for everybody; for the athletes, for all the delegations, and most importantly also for the Chinese people — Japanese people,” Bach said, catching his mistake quickly.

Bach’s comments in the briefing were interpreted from English to Japanese, but the slip was not included in the interpretations. Still, the Japanese media quickly reported it and there was backlash on social media.

Bach ended his speech with a Japanese phrase: “Gambari mashou,” which translates as “Let’s do our best.”

Bach’s visit on Tuesday coincided with the official opening of the Olympic Village on Tokyo Bay. Organizers did not offer an immediate count of how many athletes were on hand.

Bach is scheduled to visit Hiroshima on Friday in an effort to tie the Olympics to the city’s effort to promote world peace. IOC Vice President John Coates is to visit Nagasaki the same day.

Japan’s Kyodo news has reported that a group in Hiroshima is opposing Bach’s visit.

A small group of protesters gathered on Saturday outside Bach’s hotel carrying placards that said he was unwelcome.

Organizers have been criticized for pressing ahead with the Olympics during the pandemic amid polls that show — depending on how the question is phrased — that 50%-80% of the public oppose the Olympics taking place.

The Olympics will involve 11,000 athletes entering Japan along with tens of thousands of others including officials, judges, media, and broadcasters.

Also on Tuesday, police in Tokyo said a group of four U.S. and British men working for a power company contracted to the Olympics were arrested on suspicion of using cocaine.

Aggreko Events Services Japan confirmed it employed the suspects and apologized for the trouble. NHK public television reported the four suspects entered Japan from February to May and were staying in Tokyo.

New virus cases in Tokyo were reported at 830, up from 593 one week ago. It is the 24th straight day that cases were higher than seven days previous.

The office of the Japanese prime minister said Tuesday that 18.5% of Japanese are fully vaccinated.