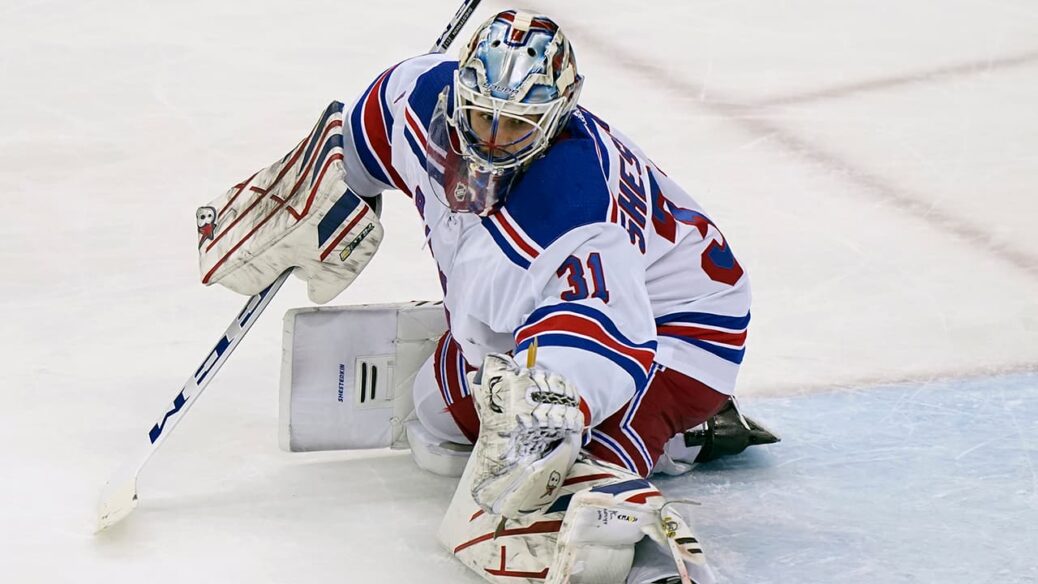 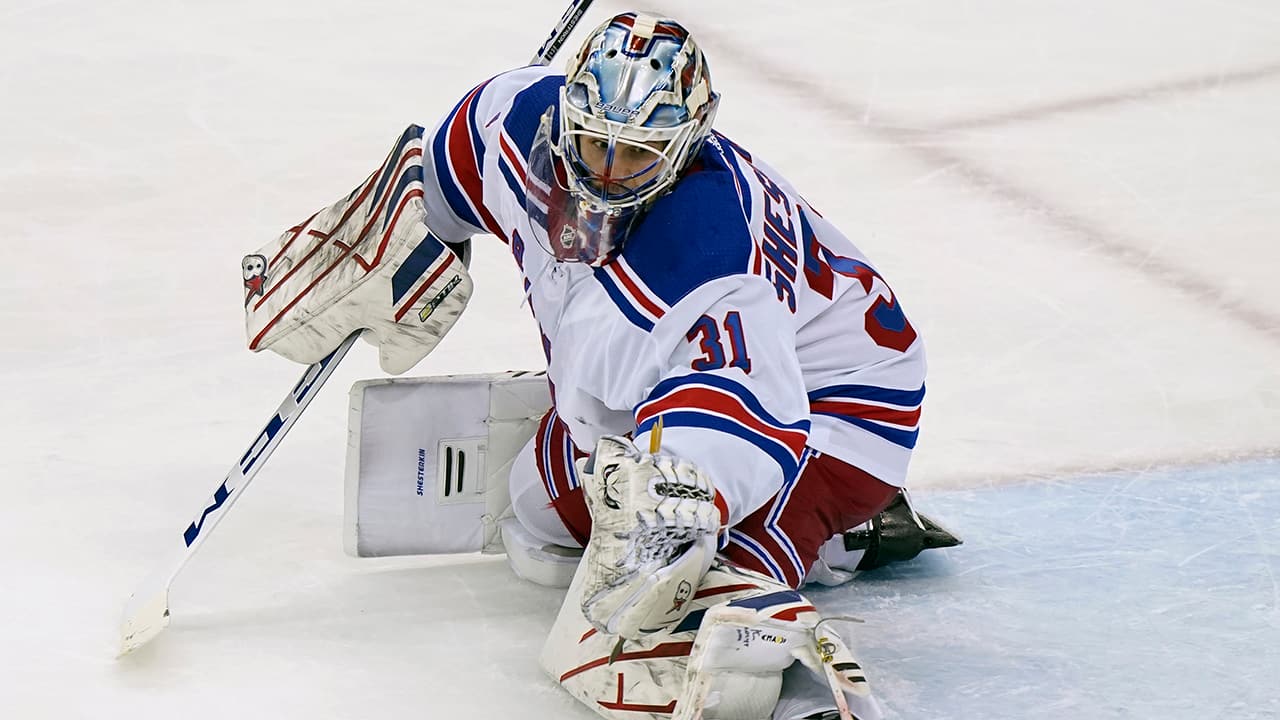 Igor Shesterkin made 27 saves in posting his first NHL shutout and the New York Rangers opened a four-game series against the rival New Jersey Devils with a 3-0 victory on Tuesday night.

Mika Zibanejad and Artemi Panarin scored and Adam Fox had assists on both goals as New York improved to 10-4-3 since March 13. Pavel Buchnevich scored into an empty net with 28 seconds to play for the 20,000th goal in Rangers’ franchise history.

Mackenzie Blackwood had 17 saves as the young Devils fell to 2-7-2 in their last 11. Even the return of captain Nico Hischier from a broken nose that had sidelined him since Feb. 27 didn’t help.

The 25-year-old Shesterkin was on his game from the start, stopping a breakaway by Jesper Bratt in the opening 10 seconds and another by Devils top goal-scorer Miles Wood in the second period.

Zibanejad, who has 12 goals in his last 15 games scored on a breakaway at 7:02 of a wide-open first period. The speedy center took a pass in center-ice, blew past the defense and beat Blackwood with a forehand over his glove hand.

After a very defensive middle period, Panarin gave the Rangers breathing room at 7:50 of the third with a goal from the left circle off a nice cross-ice pass by Filip Chytil.

Panarin’s goal came in his 100th game with the Rangers. It also gave him 138 points in those games, breaking the 100-game mark of 137 set by Mark Messier.

The teams will play again on Thursday and Saturday in New York and return to New Jersey on Sunday for the final game of their eight-game regular-season series. The Rangers lead the series 3-2, having won the last three in New Jersey.

Defenseman Jonas Siegenthaler made his debut for the Devils. He was acquired on Sunday in a deal with Washington. The Swiss native was paired with Will Butcher and played 15:45.

Just days after helping the University of Massachusetts win the national championship, defenseman Zac Jones signed an entry-level contract with the Rangers. The 20-year-old had nine goals and 15 assists in 29 games.

Rangers coach David Quinn said Jones drove to New York and will skate with the team until ready to play.