No holding back; Nadal through in straight sets in Australia

Home Sports No holding back; Nadal through in straight sets in Australia 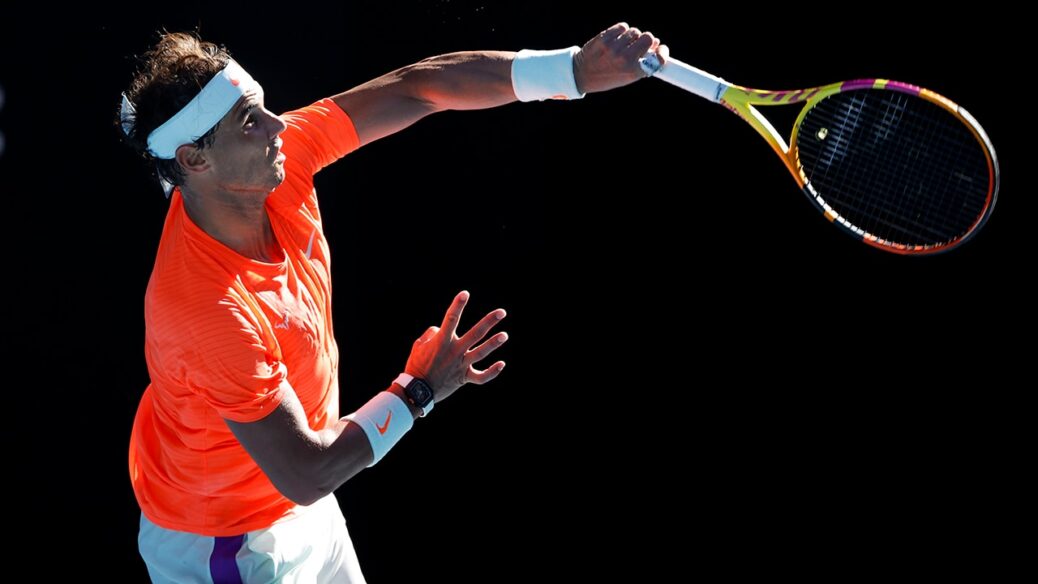 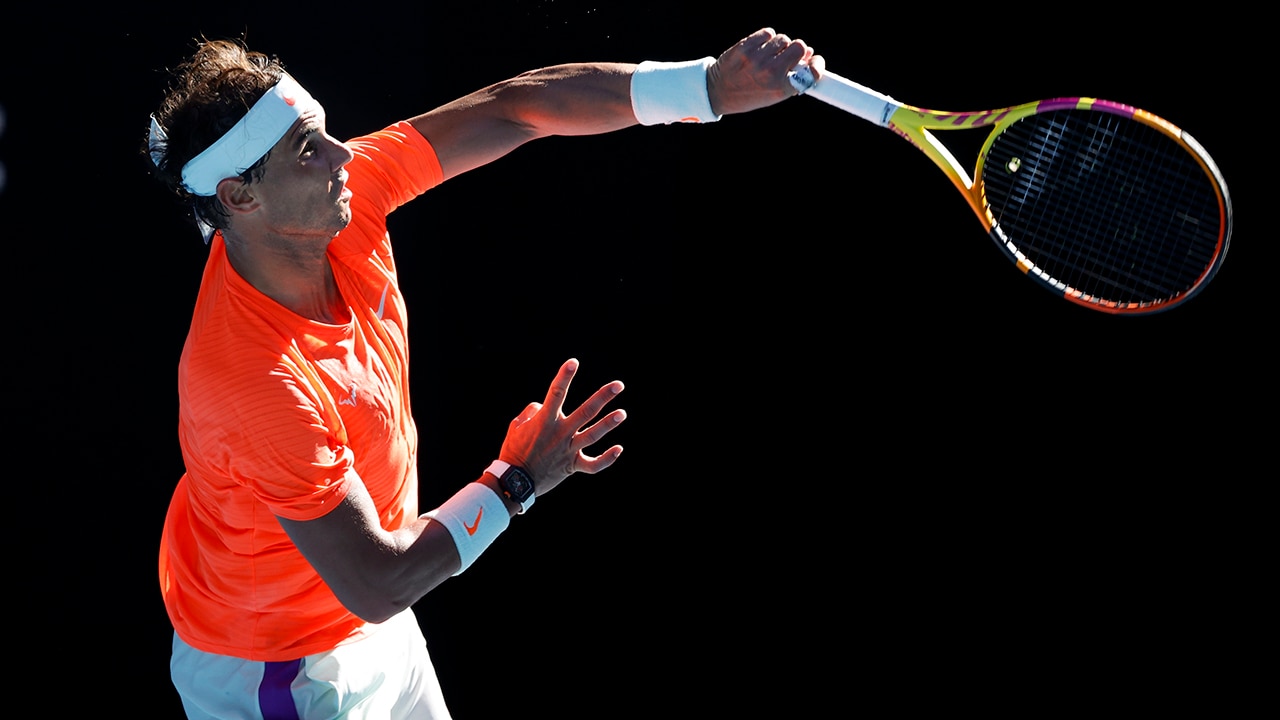 Facing a break point late in the third set, Rafael Nadal sprinted to his left and hit a running, around-the-post forehand that landed just inside the line.

The lingering back soreness that bothered the 20-time major winner ahead of the Australian Open wasn’t going to stop him finishing his first-round match as quickly as he could.

Laslo Djere, ranked 56th, shrugged, his head dropped and he no doubt wondered what more he needed to do to win a point.

He’d had three break points when Nadal was serving for the second set, and didn’t get close to cashing in one.

When Djere, going for everything, double-faulted to open what became the last game of the match, a woman in the crowd at Rod Laver Arena yelled out “”It’s all right, Laslo.”

Easy for her to say.

Nadal finished off a 6-3, 6-4, 6-1 win in just under two hours in his first competitive match in months — he didn’t play for Spain at the ATP Cup last week because of the back stiffness.

“My back is not perfect, as I said a couple of days ago,” he said. “Every day that I’m able to go through, probably there are more chances to get better. That’s the thing now — there is always a chance to improve, and that’s why I’m here playing and fighting to try to get better and then give myself a chance.”

A slight change to his service motion was among the precautions he took “survive” for the first round.

While Nadal has been slowly building into the tournament, Russia’s ATP Cup-winning teammates have been on a roll.

While Sofia Kenin struggled with nerves in her first match as a defending champion at a Grand Slam tournament before beating 133rd-ranked wild-card entry Maddison Inglis 7-5, 6-4, top-ranked Ash Barty showed no signs of nerves or rust in a 44-minute, 6-0, 6-0 rout of Danka Kovinic in her first match at a major since last year’s Australian Open.

“This is what it’s all about,” Barty said. “It’s impossible not to enjoy a night session on this court.”

The woman Kenin defeated for the title in Melbourne, two-time major champion Garbiñe Muguruza, also advanced to the second round, defeating Margarita Gasparyan of Russia 6-4, 6-0.

But Victoria Azarenka, a two-time Australian Open champion and the runner-up at last year’s U.S. Open, appeared to have trouble breathing and received medical attention in the second set of a 7-5, 6-4 loss to Jessica Pegula of the U.S.

Azarenka didn’t want to discuss her health afterward, but she did note how difficult it was to prepare for a major tournament after being one of 72 players who were in a hard quarantine for two weeks — not allowed to leave their hotel rooms for any reason — after potentially being exposed to COVID-19 on her flight to Australia.

“The biggest impact for me personally has been not being able to have fresh air,” the 12th-seeded Azarenka said. “That really took a toll.”

Paula Badosa also lost in the first round after going through a three-week isolation because she tested positive for COVID-19. Badosa served for the match but dropped the last four games and was beaten 6-7 (4), 7-6 (4), 7-5 by Russian qualifier Liudmila Samsonova.

Two-time Australian Open quarterfinalist Tennys Sandgren also went through the hard lockdown. After losing 7-5, 6-1, 6-1 to No. 21 Alex de Minaur, he said for those who’d been through it, the tournament is “not feasible.”

“I’ve never walked on to a court in a Grand Slam knowing that I’m probably not going to be able to win,” he said.

And an even younger player, 16-year-old Coco Gauff, won 6-3, 6-2 against Jil Teichmann to set up a second-round showdown against No. 5 seed Elina Svitolina.