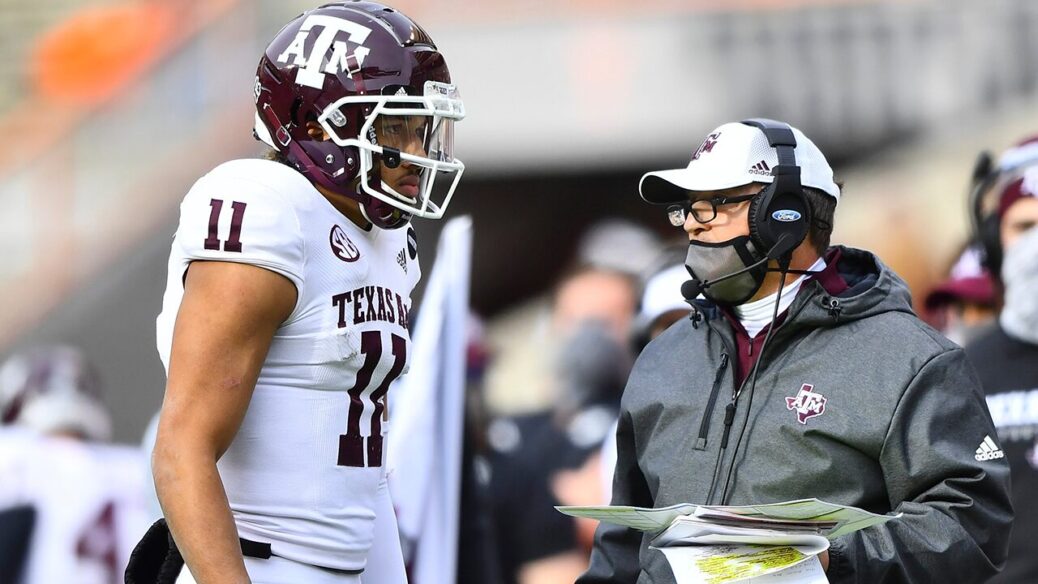 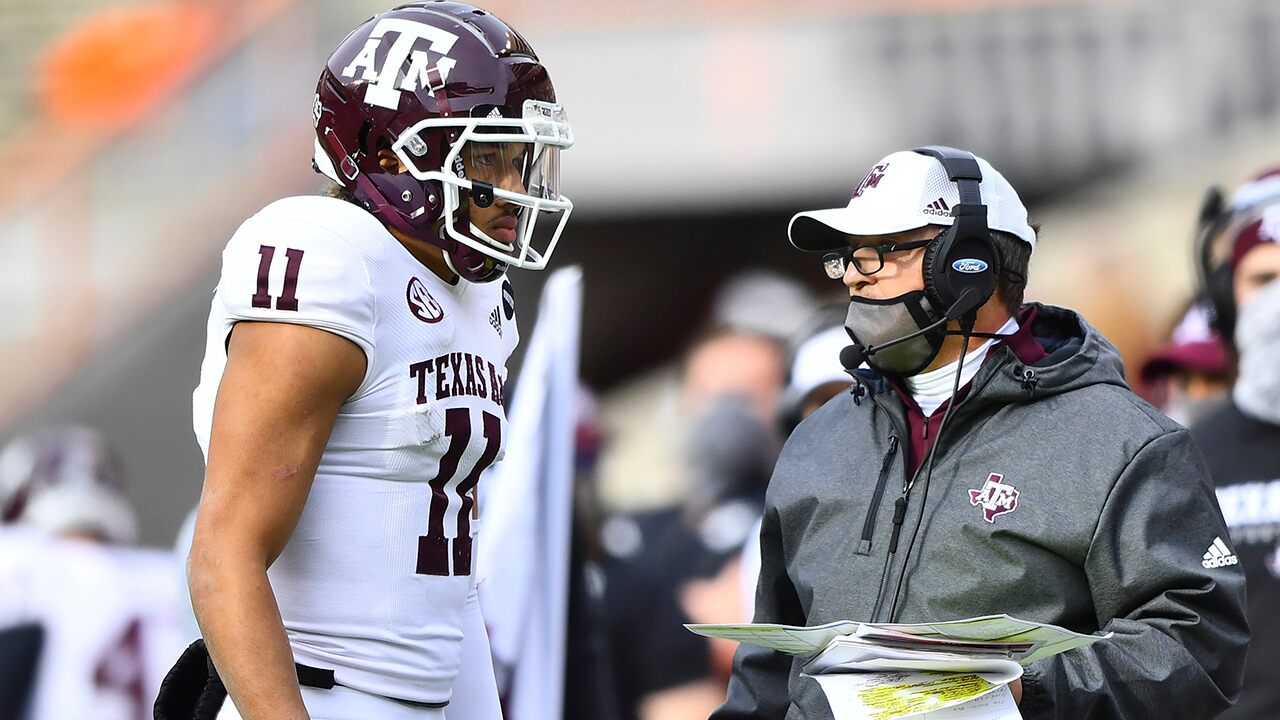 Kellen Mond threw for 281 yards and a touchdown and rushed for 59 yards and a score Saturday, allowing No. 5 Texas A&M to close its case for a spot in the College Football Playoff with a 34-13 victory over Tennessee.

Isaiah Spiller ran for 89 yards and a touchdown, and Ainias Smith scored once rushing and once receiving.

Mond completed 26 of 32 passes as the Aggies (8-1, No. 5 CFP) finished their regular season and hoped for an upset or two within the CFP’s top four.

Tennessee (3-7) has lost seven of its last eight games, ramping up speculation about Jeremy Pruitt’s future as Vols coach.

Harrison Bailey and J.T. Shrout combined to throw for 189 yards and two touchdowns for the Vols.

The Aggies had trouble getting separation in the second half. Up 24-13 at halftime, the Aggies flirted with pulling away in the third quarter, but a red zone interception ended the threat.

It wasn’t until the 9:02 mark of the fourth quarter that Texas A&M got some breathing room. Mond engineered an 88-yard drive, with a key play of a 28-yard pass to Jalen Wydermeyer, that ended with a 1-yard run by Smith for a 31-13 lead.

Smith had two big runs accounting for 50 yards on the Aggies’ last possession. It ended in a 21-yard field goal that accounted for the 34-13 final.

Mond was impressive in the first half, completing 19 of 22 passes for 183 yards as the Aggies led, 24-13. He threw a 4-yard scoring pass to Ainias Smith and also ran for a TD from five yards.

Texas A&M, ranked third in the nation in third-down conversion percentage (55%), didn’t punt in the first half. The Aggies converted on 6 of 7 third-down opportunities. They controlled the ball for more than 21 minutes.

Mond answered with a 75-yard drive of his own that included five passing plays of double digits. He ended it with a 5-yard run.

The Aggies took the lead when Spiller bulled over from 3 yards to cap a 69-yard drive four plays into the second quarter. Texas A&M’s advantage went to 17-7 when the Aggies turned a Bailey fumble into a 23-yard field goal by Seth Small.

Shrout came off the bench and made an immediate impact for the Vols. He hit Cedric Tillman twice for 61 yards, the payoff being a 46-yarder while diving into the end zone.

After a missed PAT, the Aggies moved the ball 75 yards in 11 plays and scored on a 4-yard pass from Mond to Smith 15 seconds before intermission.

Texas A&M: Have the Aggies played well enough since a blowout loss to Alabama in the second week of the season to be considered for an opportunity to play for a national championship? Beating Tennessee isn’t a big win, but A&M took care of business with little problem.

Tennessee: After the second game of the season, the Vols were tied with Notre Dame for the longest winning streak among FBS teams. Six straight losses changed the trajectory of the season. A victory over winless Vanderbilt ended the skid, but the loss to Texas A&M ended the regular season on a sour note.

Running back Eric Gray, Tennessee’s leading rusher (772 yards), was not available for the game.

Texas A&M: A prized postseason spot awaits the Aggies. But how good?

Tennessee: Only in this topsy-turvy college football world of 2020 could a 3-7 team be considered to play in a postseason bowl. The Vols will know more about their fate Sunday.