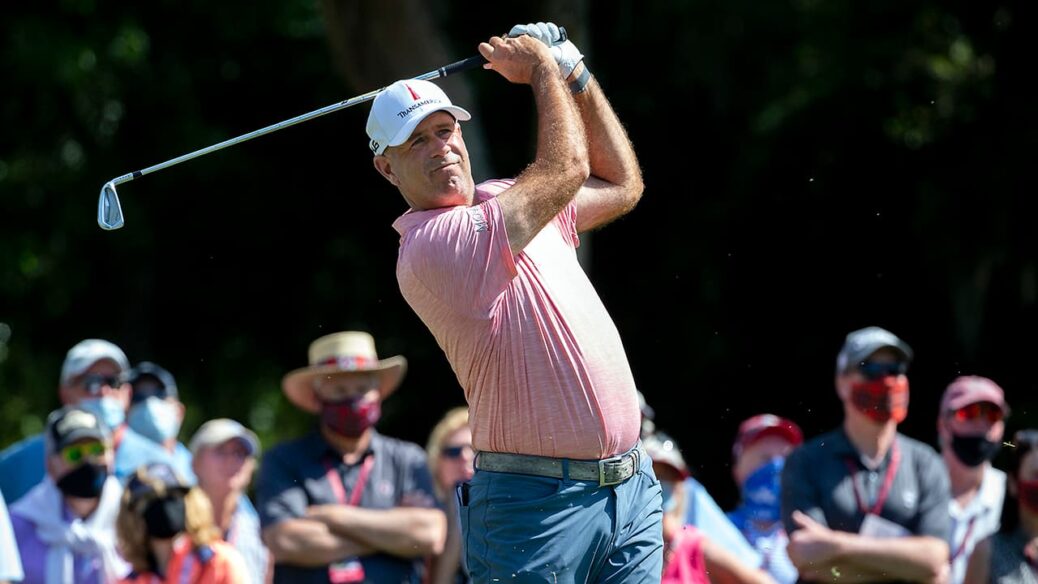 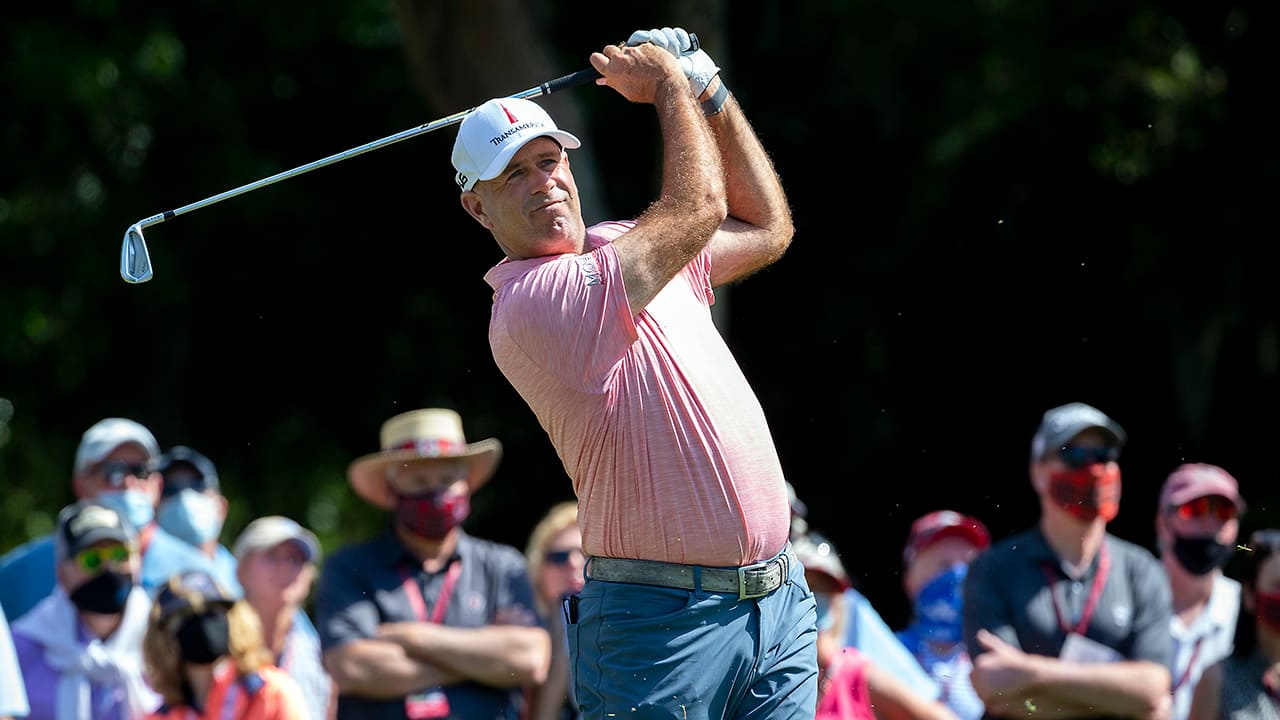 Stewart Cink shot a steady, stress-free 70 to cap off a dominant, record-breaking week and win his third RBC Heritage title on Sunday.

The 47-year-old Cink finished at 19-under 265 at Harbour Town, four better than Emiliano Grillo and Harold Varner III. Grillo shot a 68 while Varner, who had the highest finish of his career, fired a 66.

Cink hugged his son and caddie, Reagan, after his closing par on the 18th green. He, wife Lisa and their other son, Connor, all had their arms around each other to celebrate.

“I don’t even know if I have the words,” Stewart Cink said.

He won for the second time this season — only he and Bryson DeChambeau have done that — and continued his resurgence on the PGA Tour at a time when many pros his age are looking ahead to the PGA Tour Champions.

Not Cink, who broke a 12-year winless streak at the Safeway Open in September and added five more top-20 finishes, including a tie for 12th last week at the Masters.

He won $1.278 million, nearly as much as the $1.404 million for his two previous victories at Harbour Town combined.

Cink is also just the fourth player to win twice in the same PGA Tour season after turning 47. Sam Snead, Julius Boros and Kenny Perry, who accomplished it twice, are the others.

Cink put on show for the ages — shattering the lowest 36-hole score at Harbour Town of 13-under 129 shared by Jack Nicklaus and Phil Mickelson. Cink also broke the 54-hole scoring mark of 16-under 197 that Justin Leonard had in his 2002 win.

Cink carried a five-shot lead into the final round and dared all chasers to come get him. Nobody made a run at Cink, who led by at least three shots throughout.

PGA Championship winner Collin Morikawa, paired with Cink, opened with a birdie. But bogeys on the second and fourth holes took Morikawa out of the mix.

Maverick McNealy has five birdies on the front nine to climb to 14-under, four back of Cink, in the middle of the round. Consecutive bogeys on the 11th and 12th ended McNealy’s surge.

Grillo and Varner came the closest at 15-under and were just three back until Cink’s final birdie at the par-3 17th, which made it all but certain he would add another plaid winner’s jacket to the ones he won here in 2000 and 2004.

Cink had made 17 birdies and two eagles the first three rounds. He had only two birdies Sunday, but that was more than enough to claim his eighth career victory.

Top-ranked Dustin Johnson closed with his best round of the tournament at 66 to finish tied for 13th at 10-under. Johnson was the November Masters champ, yet missed the cut there last week and was never in contention at Harbour Town.

“I just feel like I made way too many mistakes,” he said. “Around here, you make mistakes, they penalize you pretty big.”