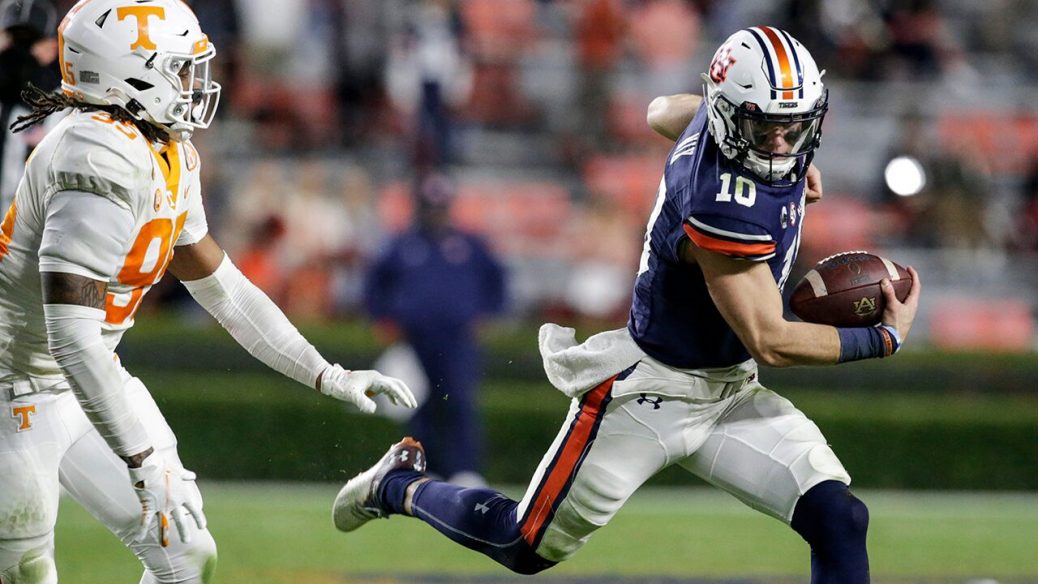 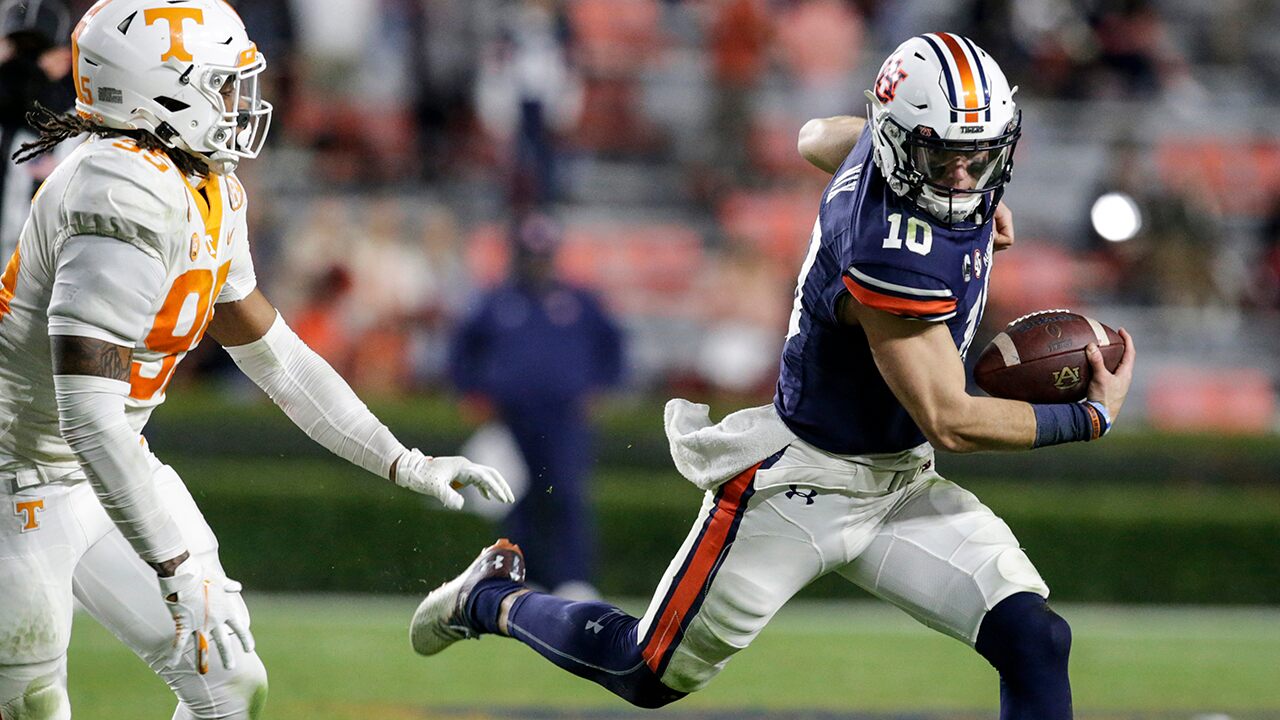 Smoke Monday returned an interception 100 yards for a touchdown and No. 23 Auburn overcame a slow start to beat Tennessee 30-17 on Saturday night.

Auburn (5-2, 5-2 Southeastern Conference) fell behind 10-0 to Tennessee (2-5, 2-5) and dealt with injuries to star running back Tank Bigsby and its two starting offensive tackles. The Tigers were playing their first game in 21 days after a scheduled off week and the postponement of a game at Mississippi State.

“Quality win against a talented team,” Auburn coach Gus Malzahn said. “We hadn’t played in 21 days. The first quarter we were sleep-walking a little bit. We had the interception in the end zone. In the second quarter, we woke up and started playing Auburn football.”

Bo Nix completed 17 of 26 passes for 220 yards, with a 54-yard touchdown to Anthony Schwartz and his first career interception in a home game. Tennessee’s Jarrett Guarantano started strong, but finished with only 156 yards of passing and the interception return for a touchdown that gave Auburn a two-score lead late in the third quarter.

Tennessee had its best offensive outing in weeks, yet struggled after halftime. The Volunteers have been outscored 108-14 in the second half during their five-game losing streak.

“The guys played hard but we just made some mistakes,” Tennessee coach Jeremy Pruitt said. “That’s on me as a coach. We’ve got to do a better job getting them prepared so we don’t make those mistakes.”

Tennessee: The Volunteers found some life against Auburn’s defense, with Eric Gray rushing for 173 yards and a late touchdown. But the second-half slumps continue to haunt a struggling Tennessee team that still has to play a pair of Top 10 opponents in Florida and Texas A&M.

Auburn: The Tigers looked rusty after the long layoff, and the early exit for Bigsby took some of the edge out of an offense that had hit his stride in its previous two games. Auburn will have to tighten up on both sides of the ball to have any chance of upsetting rival Alabama for the second straight season.

Tennessee outgained Auburn in yards, 464-385, but only scored three times in 10 drives. The Volunteers missed two field goals and threw the interception inside the end zone that directly turned into points for the Tigers on the other end.

“That’s the sign of a good defense,” Malzahn said. “We really buckled up in the red zone. … I thought our defense — they fought their tail off, is what they did.”

The Tennessee offense came into Saturday ranked No. 119 nationally in third-down efficiency. While the Volunteers were able to convert on nine of their 15 tries against Auburn, their mistakes were more costly, as they had five straight empty drives in the middle of the game.

“We’ve got to be cleaner,” Pruitt said. “We’ve got to execute better. We’ve got to finish. … We did offensively what we want to do, except we didn’t come away with points.”

Nix completed just 2 of his first 7 pass attempts and threw an interception of his own in the Tennessee end zone late in the first quarter. But he rebounded to complete 15 of his final 19 throws, and he finished the game 8 for 10 on third-down attempts.

Nix had two third-down completions that moved the chains and had a throw that drew a pass interference flag on Auburn’s penultimate drive, which ended in a 9-yard touchdown run by running back D.J. Williams that put the Tigers up by three scores.

Auburn did not earn any style points, so Malzahn’s team will most likely stay inside the 20s in the upcoming AP poll ahead of its trip to No. 1 Alabama.

Tennessee: At Vanderbilt on Saturday night.

Auburn: At Alabama on Saturday.