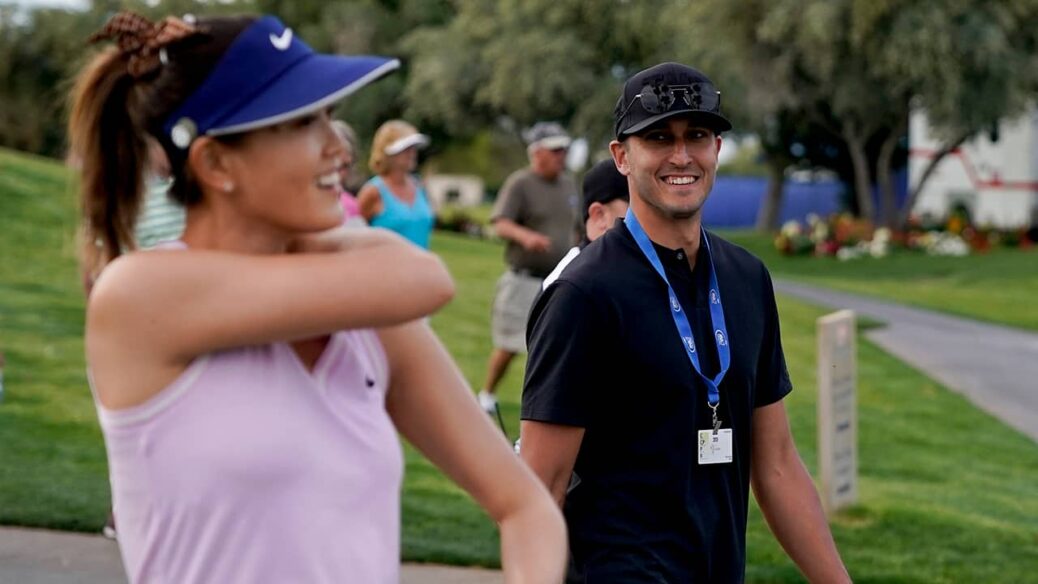 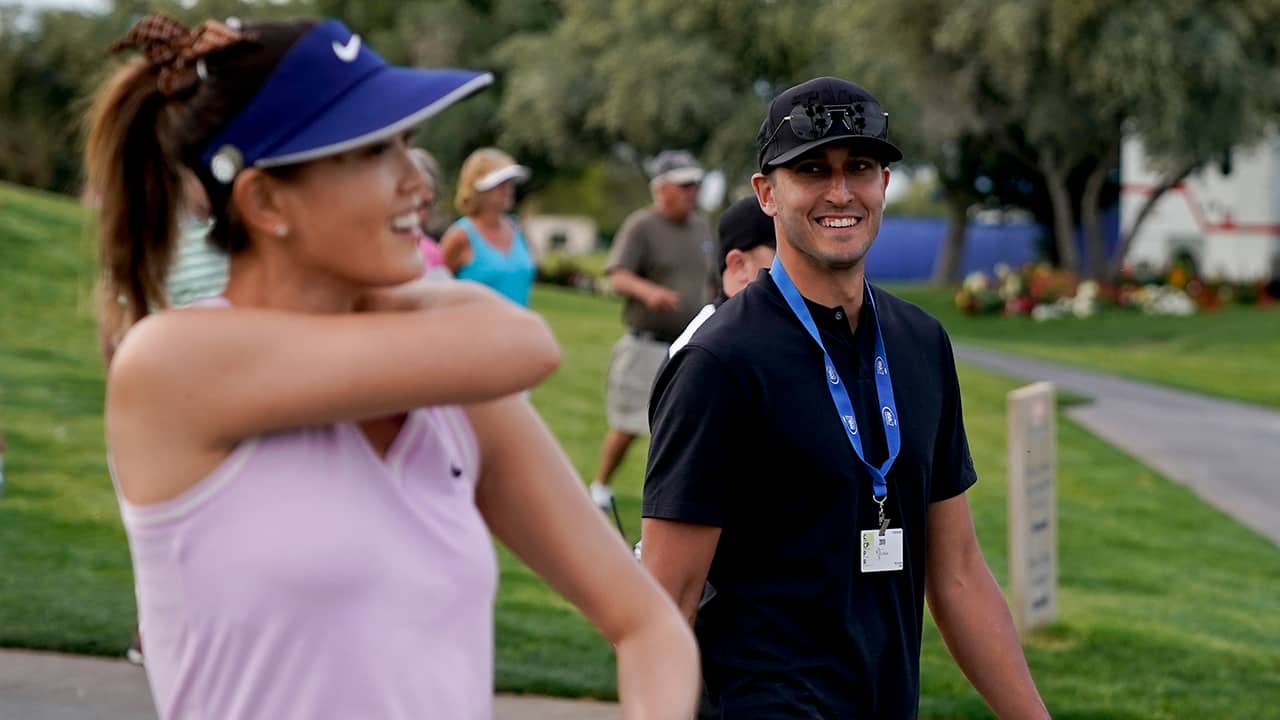 New mom Michelle Wie West is looking forward to being nervous again on the golf course.

It’s been nearly two years since she played a competitive round on the LPGA Tour and nine months since she gave birth to daughter Makenna.

She figured the beginning of the West Coast swing was the perfect place to return, particularly because she now lives in San Francisco with husband Jonnie West, the director of basketball operations for the Golden State Warriors, and their daughter.

Wie has been away long enough that when she arrived this week for the Kia Classic at Aviara in Carlsbad, she didn’t recognize a number of her fellow tour pros, in part because there are a lot of rookies and also because it’s more difficult because everyone is wearing a mask.

But playing in the pro-am brought back a familiar feeling.

Wie West said she’s been practicing in earnest for her return since the first of the year. She said it’s hard to tell where her game is because she’s been away so long. “But I’m pretty proud of myself for grinding it out there. I’ve been grinding. Like I said, I’m just grateful I’m out here. I’m enjoying myself and having a lot of fun.”

She tees off Thursday afternoon in the first round of the tournament being played without fans.

“You know, it’s fun hitting balls on the range, fun to kind of mess around, hit a couple chips, but there is nothing like hitting golf shots that matter and you kind of feel those first-tee jitters,” she said. “You feel all the nerves coming out. I’ve missed that. I’m really most excited about getting my competitive juices going again and being that fierce competitor that I know I am.”

Wie West has probably been the most talked about LPGA Tour player since she turned pro in 2005, even though she only has five wins.

Wie has lived with fame her entire career, from winning the U.S. Women’s Amateur Public Links at age 13, competing against the men on the PGA Tour at age 14 and turning pro at age 16. She has five LPGA victories, most notably the U.S. Women’s Open at Pinehurst No. 2 in 2014. Her last win was the HSBC Women’s World Championship at the start of the 2018 season.

Her career has been slowed by injuries, most recently to her right hand. She had surgery in October 2018, returned in Thailand the following February and had to withdraw from her title defense in Singapore a week later as she still coped with pain.

She last played in the Women’s PGA Championship at Hazeltine in June 2019, shooting 84-82.

She married West, the son of basketball great Jerry West, in August 2019. Their daughter was born June 19.

Two years ago, she thought she was ready to get on with the rest of her life.

“After KPMG in 2019 I thought I was done, especially when I found out I was pregnant later that year,” she said. “I thought that cemented it. I thought there was no chance of coming back, and I told my husband that. He was like, ‘No, no, just think it through.’

“Then we found out that Makenna was going to be a girl and that just changed my perspective of everything,” she added. “It was crazy how just that one little fact just changes everything. Then I started to think, ‘You know, I kind of want to do it. I want to show her in real time that I can — that I play golf.’ It’s one thing to have her watch YouTube videos, but it’s another thing to have her watch me with her own eyes. Seeing me go out there, it work out hard, and try to lead by example.”

She also said she was motivated watching Tiger Woods play with his son, Charlie, in the PNC Championship in December.

She said her daughter “really likes to crawl on the green and pick the ball out of the hole. She loves golf balls, so I’m hoping that’s a positive sign.”

Wie West said her parents flew over from Hawaii to help her care for her daughter. “We’re doing grandma daycare this week,” she said.