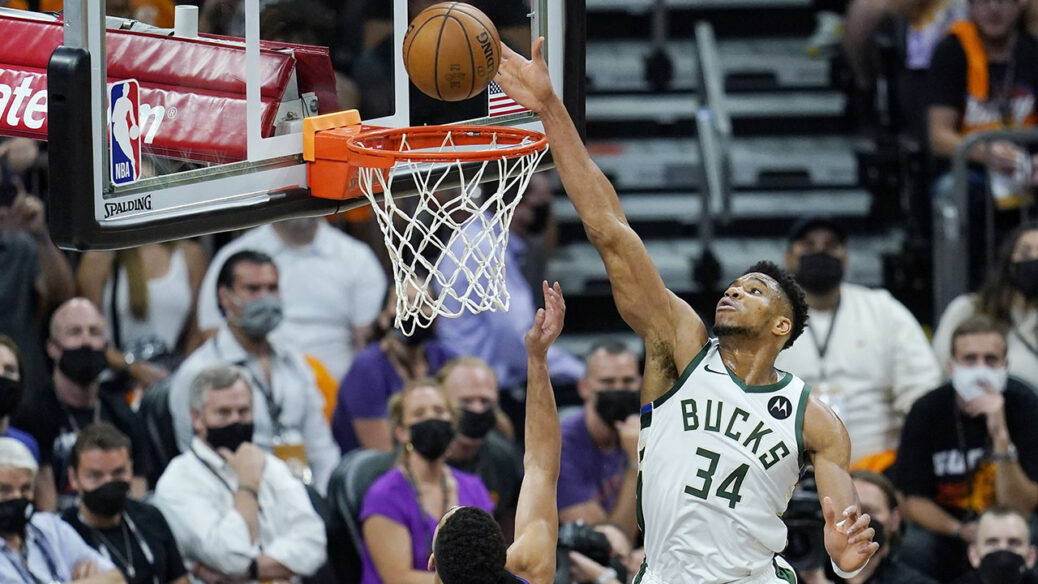 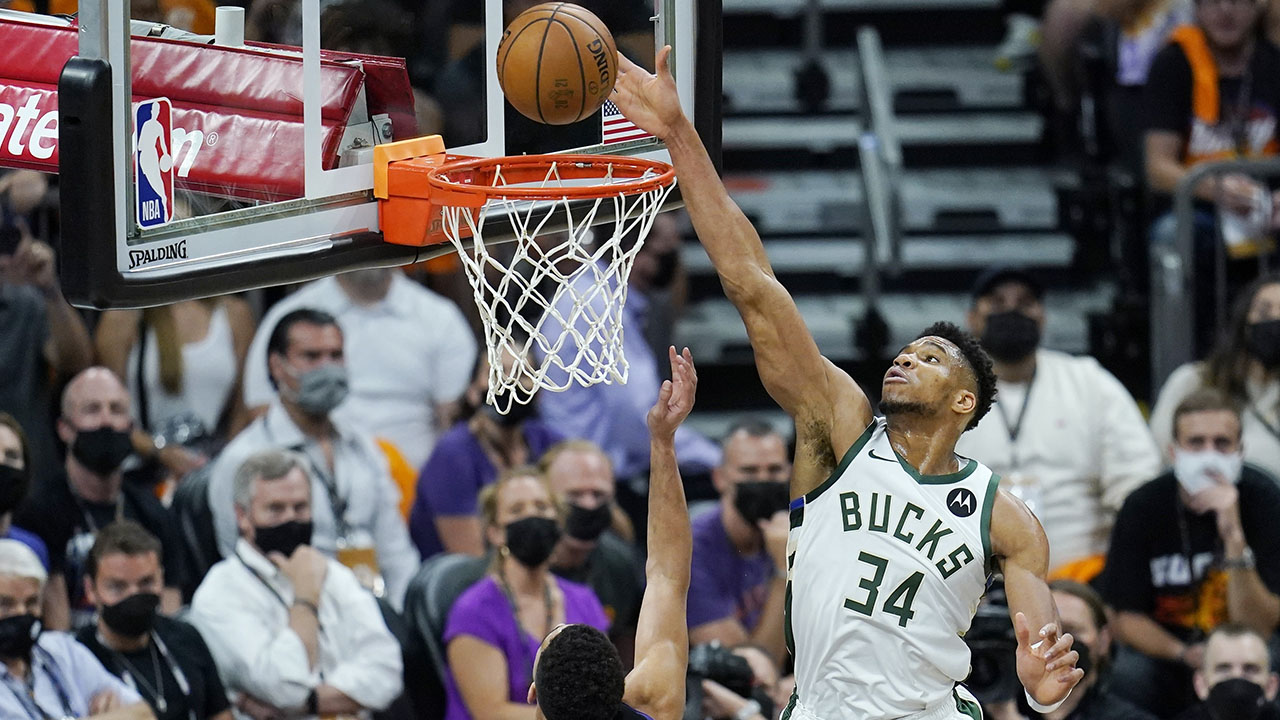 Giannis Antetokounmpo started Game 1 of the NBA Finals for the Milwaukee Bucks after suffering a hyperextended knee during the Eastern Conference Finals.

“The Greek Freak” started Tuesday as doubtful to even play in the game. As the day progressed, his status was upgraded to questionable and before tip-off it was announced he was going to play and start.

His performance was impressive.

Antetokounmpo scored 20 points and grabbed 17 rebounds in the Bucks’ 118-105 loss to the Phoenix Suns. But any doubts over whether he could perform while injured were put to rest.

He started out the game nearly catching an alley-oop dunk and continued to put the knee to the test the entire night. He appeared to have no trouble getting up for dunks and rebounds either.

Toward the end of the first half, Antetokounmpo delivered a chase-down block on Suns guard Mikal Bridges.

CHRIS PAUL SHINES AS SUNS DOWN BUCKS IN GAME 1

The Bucks star injured his knee in the series against the Atlanta Hawks and missed the final two games of the conference finals because of it.

He appears to be ready for the rest of the series for the Bucks.

Game 2 is set for Thursday night in Phoenix at 9 p.m. ET.